The sand was warm, the grilled sausages hot and the atmosphere laid back at the annual Level Green summer picnic for managers and supervisors.

About 70 managers and supervisors gathered to celebrate their hard work, setting that work aside for an afternoon of fun.

While the company’s different branches are naturally competitive with each other for sales and production, the event reinforces the fact that everybody works for one company, with one common goal of success, Delano says.

“I see my role in this company as a coach, more than anything,” he says. “I love encouraging people.”

A Tradition Of Fun 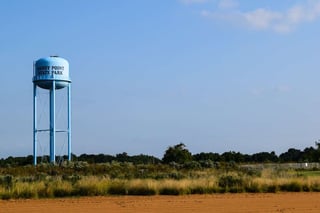 The last two years the event has been at Sandy Point State Park, along the Northwestern shore of the Chesapeake Bay.

It was a jam-packed day.

They took a group photo on the beach, then Delano manned the grill and cooked up hot dogs, hamburgers, hot sausages and kielbasa for a picnic that, of course, included baked beans.

“An all-American meal,” he notes.


Each branch, including corporate, comes up with group games for the event that have ranged from slingshot corn hole to running around inside big inflatable balloons.

The teams aren’t organized by branch, but are formed by random drawings.

“You’re not on a team with your branch, so you end up talking to people you don't normally run into,” says Michael Mayberry, chief technology officer at Level Green.

“It creates culture for us,” he says. “We want to be a family, and families have fun together.”

This year the fun included throwing Frisbees at Gatorade bottles perched on sticks. Whoever knocked the most bottles off, won.

“Most of our people are not that good at Frisbee,” Delano remarks with a laugh.

2Throughout the day, Delano and Hardy wandered around handing out raffle tickets to winners of events and anybody who seemed especially enthusiastic. Or even if you just tried hard.

Prizes ranged from soccer balls to a TV.

The day always ends with a tug of war battle, this year at the edge of the water.


“You get to spend time with people, but you’re not working, so you get to know them better,” says Craig Fugate, Level Green shop manager. “It’s a relaxing day.”

Until it’s time for the games.

“It gets pretty competitive,” Fugate says with a laugh. “Everybody wants to win.”

But the bottom line is fun.

“At work we’re out in the field, in the trenches, sweating together,” Mayberry says. “Here, we put work down for an afternoon and just have fun together. It’s good to laugh a little bit and eat some good food.

“This is what you can expect if you work here,” Mayberry says. “You’re not just a number. You become part of our family. And that means sharing good times and laughing together.”

It also means recognizing the efforts of fellow team members when they do a great job. Several Level Green employees received awards at the party. They are: 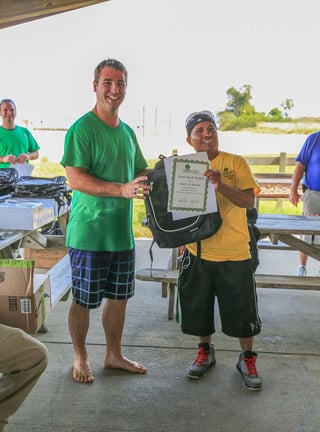 Are you ready to work for a company where co-workers don’t just work hard together, but play hard, too?