A sign above Lynn Garris’ office door read “Boss Lady,” and it was true.

Lynn knew everything about Level Green Landscaping, could solve most any problem, and if you were new at work, you might have been a little afraid of her at first.

But that office door with the Boss Lady sign was also a portal of sorts, to a place where everybody knew they could talk about anything, with no judgement, and no fear of their words ever leaving Lynn’s office.

Lynn’s friends and colleagues at Level Green Landscaping are remembering her kind listening ear, her humor, and her delicious food as they mourn the loss of their beloved office manager, who died on January 30th after an illness.

It’s just the way she would have wanted to be remembered. 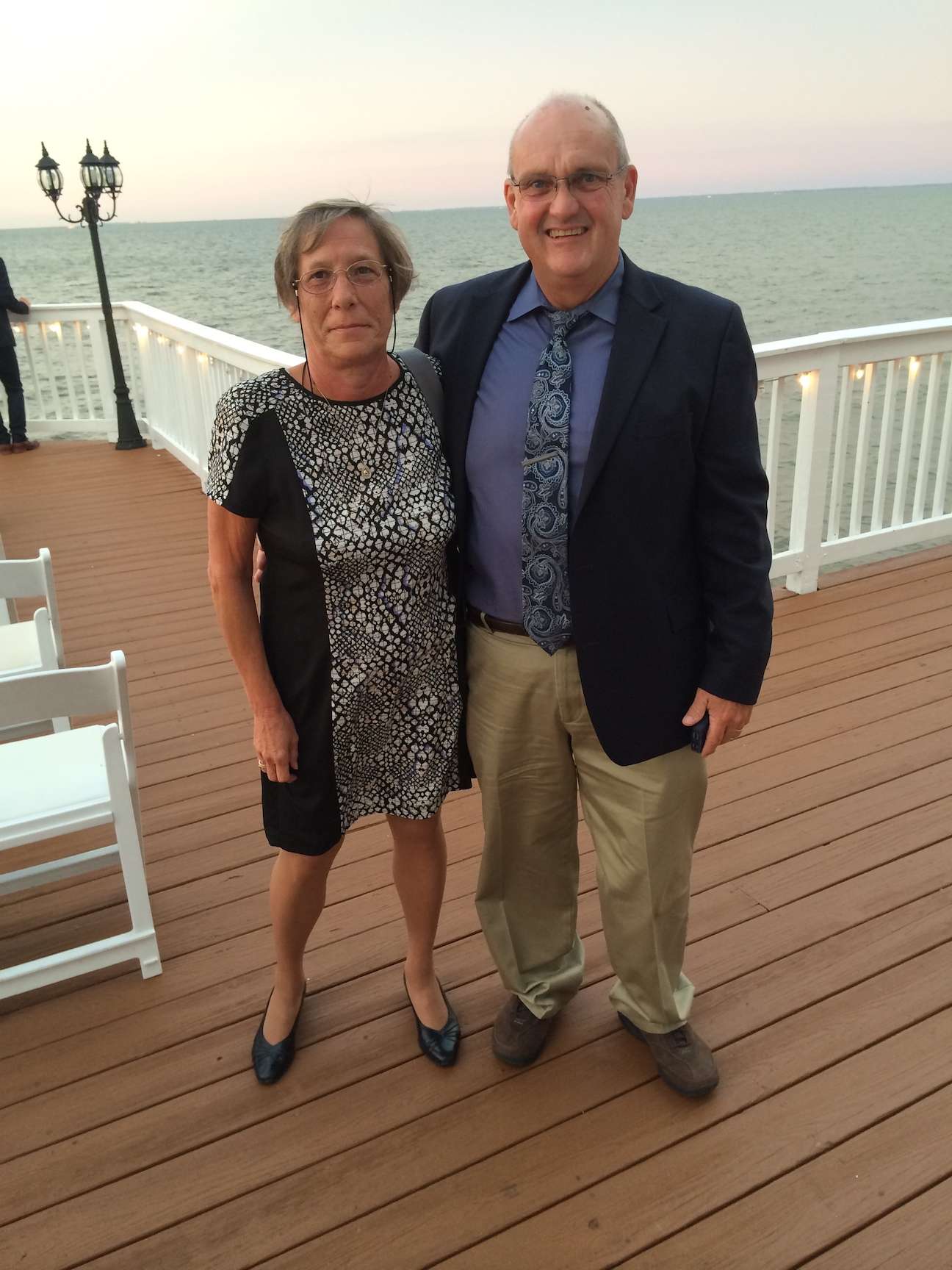 Listening was important to Lynn. She talked about it in a 2016 profile published on the Level Green website.

“I can be in the middle of something on my computer or my calculator, but my door is always open,” she said at the time.

“I’ll hear a little knock, and I’ll turn around and smile,” she said. “I always smile when somebody comes in. Sometimes they feel a little guilty, like they're interrupting me, but I never want people to feel like that. I want people to always feel welcome. That’s my attitude.”

Ellen O’Brien had a front row seat, as the Level Green administrative assistant who sits right outside Lynn’s office.

“If you stopped by her office, she never got flustered or told you to come back later,” Ellen says. “She would stop what she was doing and turn her attention to you, work-related or otherwise. She listened – she didn’t judge you or your situation.

“Lynn Was Running the Show”

Depending on their age, Lynn’s Level Green friends describe her as a nurturing mother figure, or “that big sister who looks out for you.”

“She became my ‘work mom,’” recalls branch manager James Kole, who developed a close friendship with Lynn, including outside work. “She was the first person I saw every morning. She made sure I was packing lunch and taking care of myself. Occasionally she would surprise me with something homemade for my lunch.”

He loves recalling the Thanksgiving he and his husband hosted Lynn and her son, Travis, for dinner.

“I was hosting the meal, but that didn’t stop chef Lynn from giving me plenty of instructions and advice,” Kole says. “Her recipe for how to cook a turkey resulted in a bird that was picture-perfect, moist, and tender. Her side dishes that she brought were amazing, as always. After the meal, her neat freak side took over and she helped make sure the entire meal and kitchen were cleaned up.

“Through the entire day, there was nothing but laughs and smiles from Lynn.”

Still, you didn’t want to cross her, like Chief Technology Officer Michael Mayberry did early on.

His plan years ago, as the tech-savvy new guy, was to make the company’s snow billing more efficient. So he created a whole new billing system. He didn’t think about how it might affect the administration office. Until he got a phone call from Lynn.

“Still to this day she is saved in my phone as ‘Boss Lady.’”

That somewhat rocky beginning turned into a deep and respectful friendship, he says.

“She was a kind, caring, big-hearted friend and will be dearly missed.” 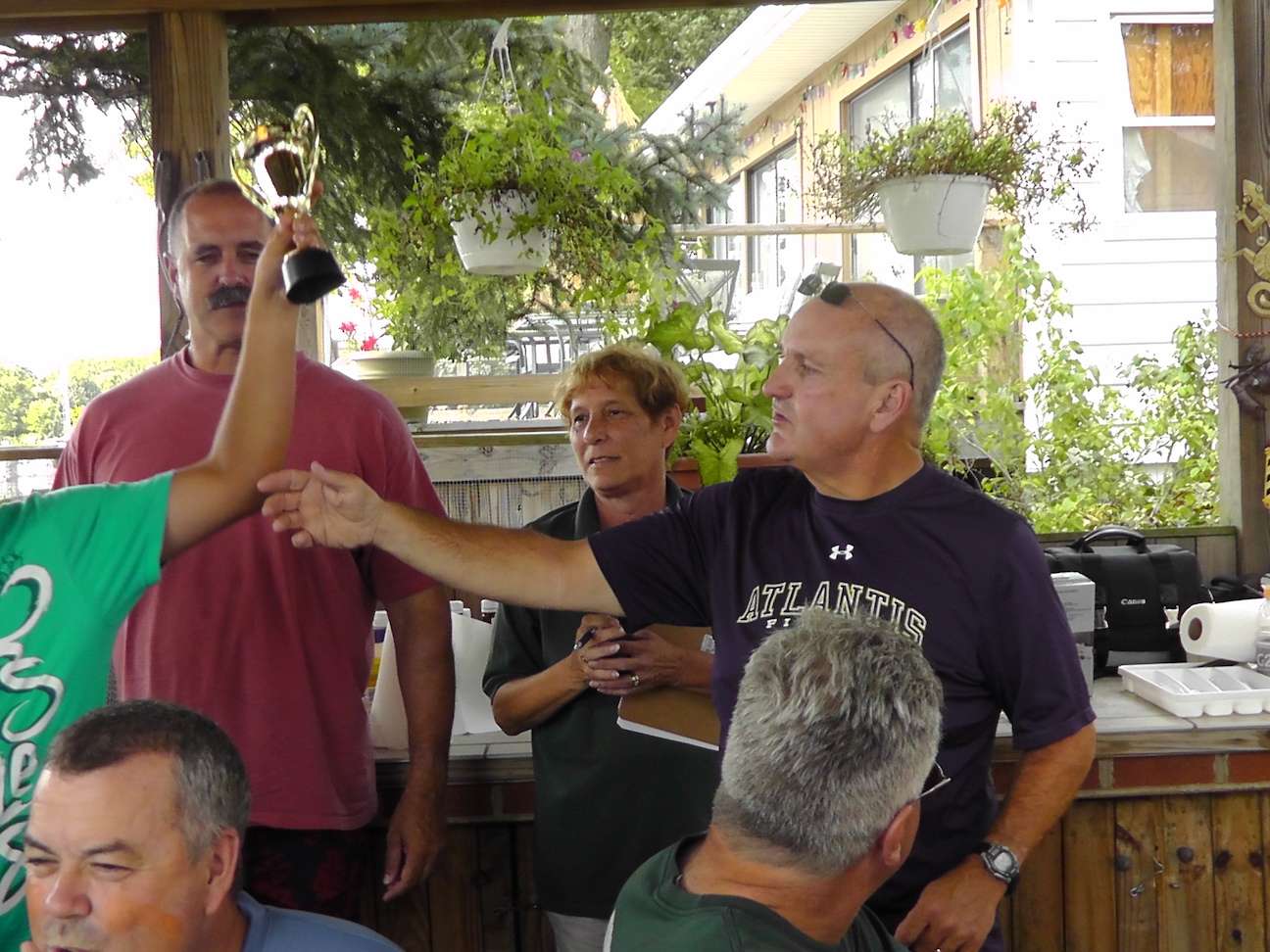 No remembrance of Lynn would be complete without her lasagna. Or her vats of savory pulled barbecue pork. Or her towering piles of Christmas cookies, 20 varieties or more. Her grandmother taught her how to cook when she was 11.

She even made mundane food taste delicious.

“She knew I liked it, so she’d always set aside a portion for me,” he recalls.

“We Have to Check with Our Boss, Lynn”

Lynn had worked at Level Green for nearly 15 years, starting out sharing a 12 by 20-foot office with owners Bill Hardy and Doug Delano. Before that, they had all worked together for years at Ruppert Landscape before Doug and Bill started Level Green.

Lynn was taking some time away from work to raise her young granddaughter, Heather, when she got a call from Bill. Would she come work at Level Green? They needed her. Even they didn’t realize at the time how much.

“She was instrumental in everything we did, especially in the first 10 years,” Bill says. “Doug and I said many times over the years, ‘We have to check with our boss, Lynn.’ 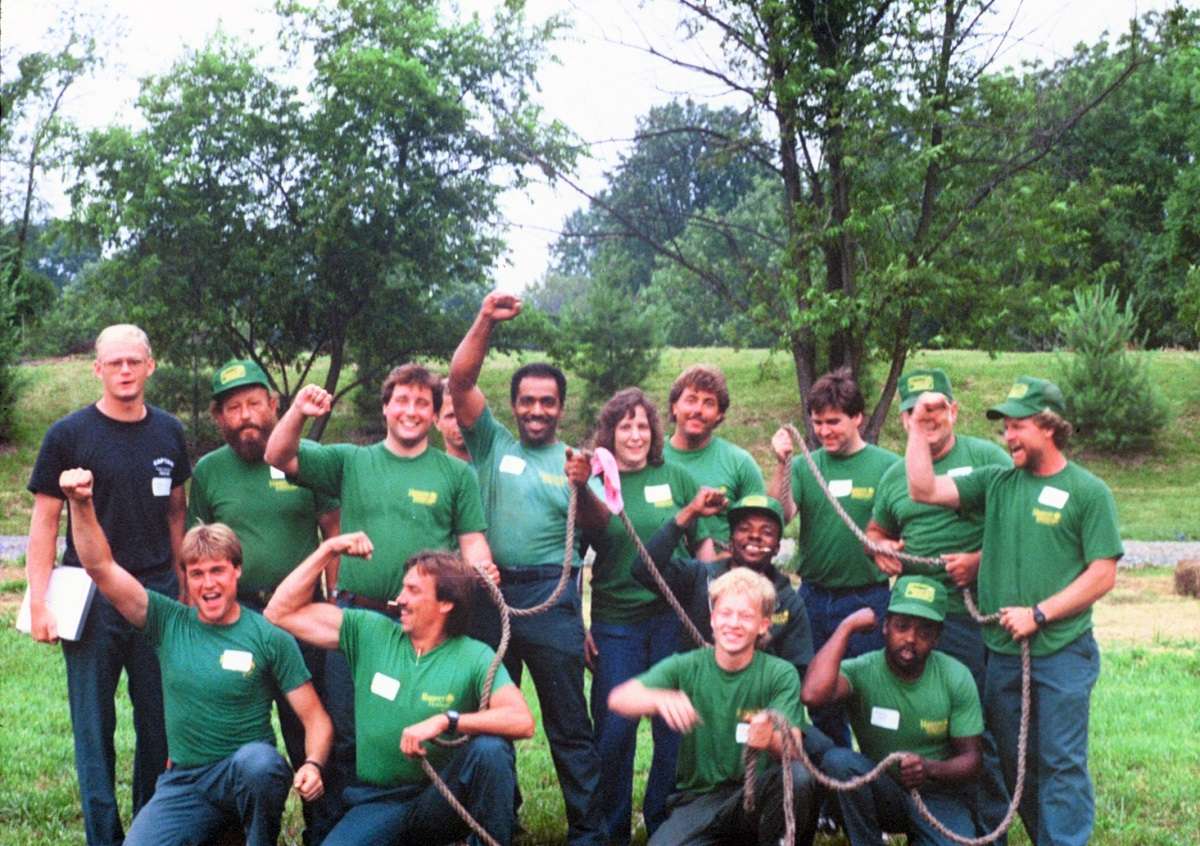 “Lynn kept everything running,” Bill says. “She wasn’t a delegator. She was a doer.

“She was a natural fit with our desire to have a family atmosphere here,” Bill says. “She truly believed in that.”

Lynn wasn’t just an integral part of the Level Green family — she became part of the Hardy family, too, attending their July Fourth parties, Thanksgiving dinners, and Christmas Eve celebrations. 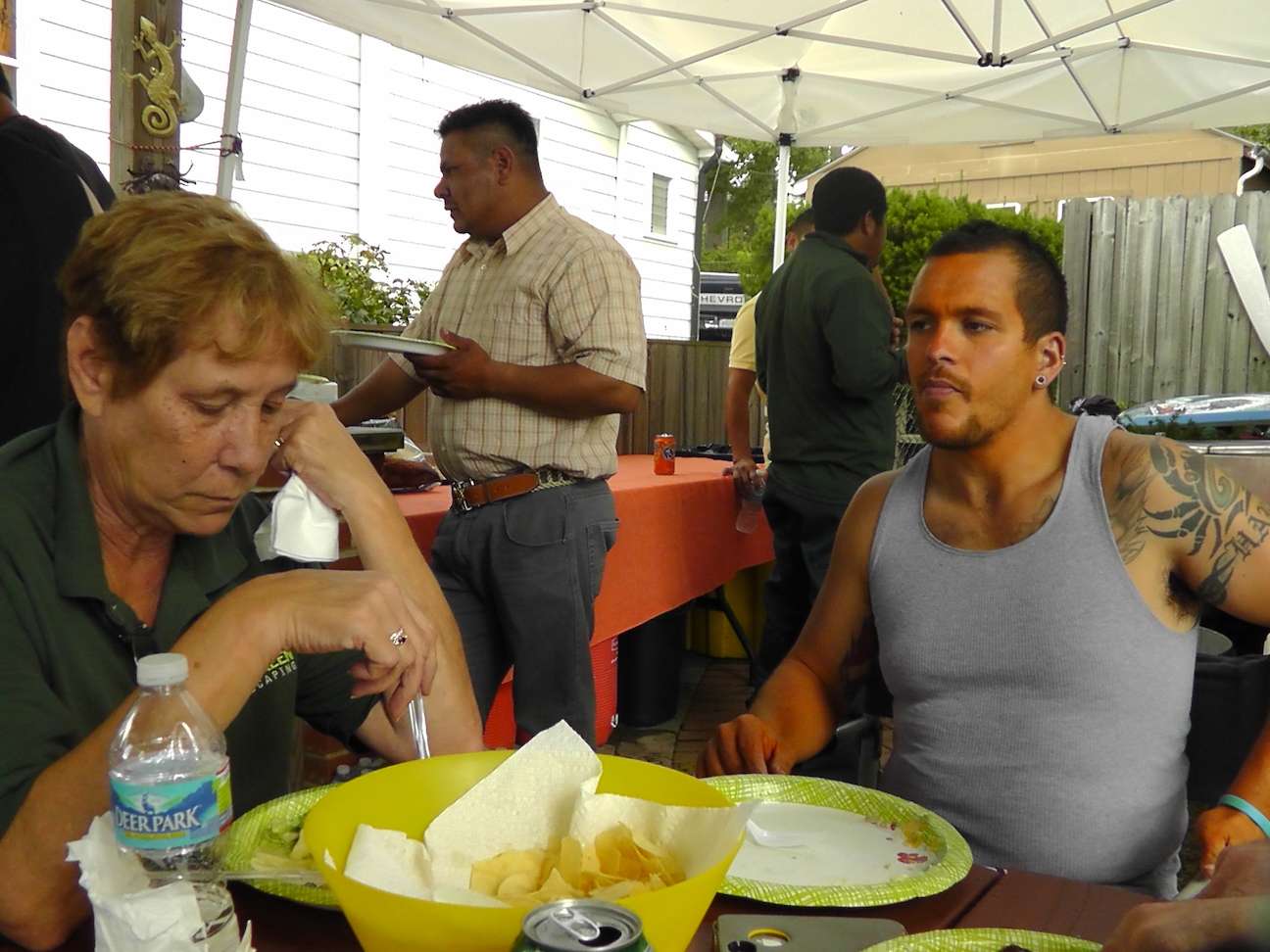 “She had a special connection with my dad, who’s 92,” Bill says. “He used to say the only reason he came to the office to visit was to see Lynn.”

“Miss Lynn” Will Help You

“I would call her for help on complicated contracts and she could always figure them out and help me get them set up,” says Dave Briggs, longtime Level Green account manager. “Lynn was always willing to help anyone with anything. I used to introduce her to new hires and would tell them to make friends with ‘Miss Lynn’ and she will help you.”

When Dave moved out to the North branch, and didn’t see his pal Lynn as much, they had Monday night phone chats to catch up.

“I’m missing my weekly conversations with her,” he says.

Lynn dusted her house plants. She once won volunteer of the year at her granddaughter’s elementary school. She talked about how you shouldn’t let the small things get to you. 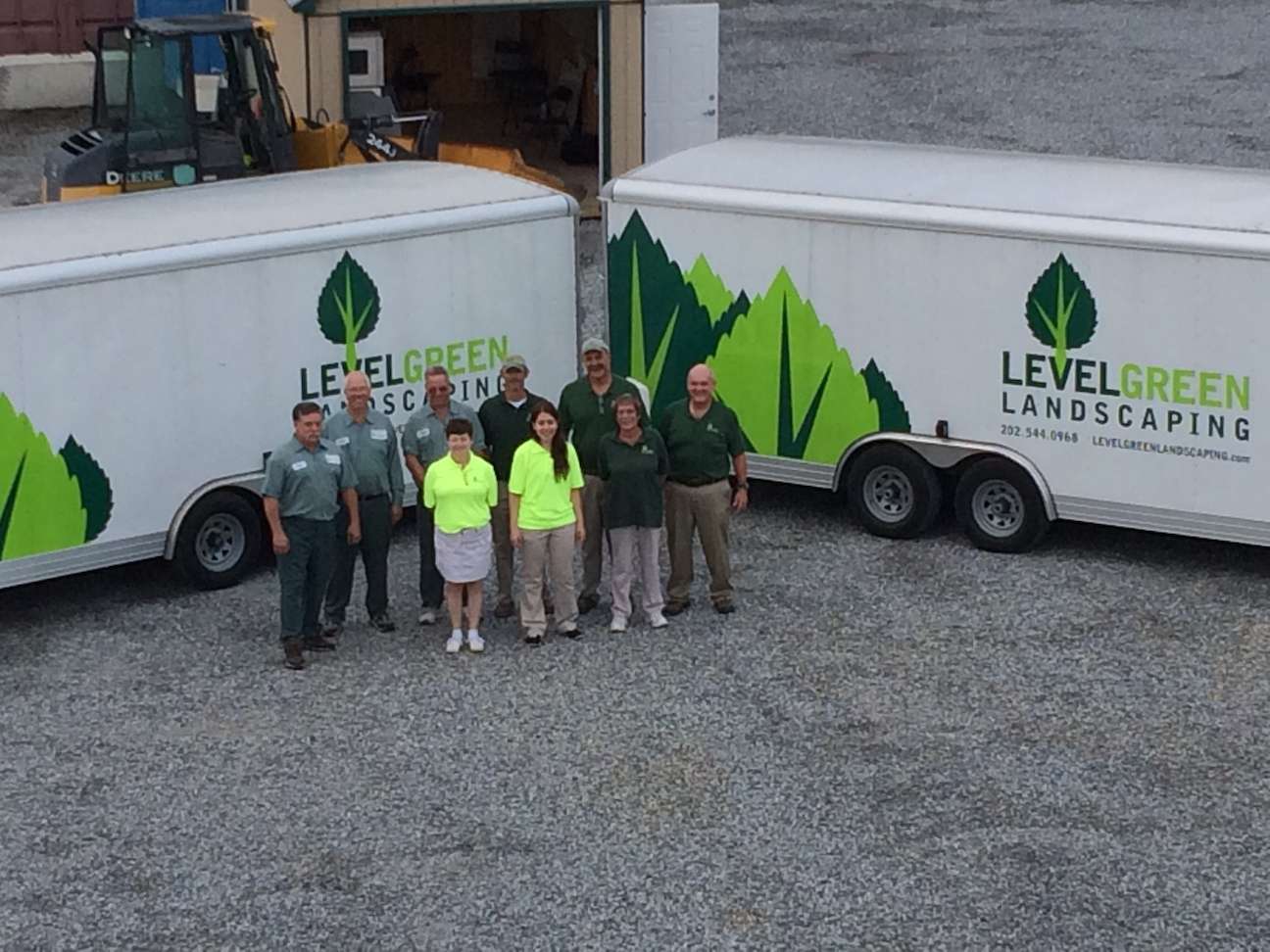 “She was always willing to help us and was always joking,” says David Saravia, operations manager at the DC branch. He recalls the time he and DC branch supervisor Mario Argueta Perez went to Lynn’s office for help making some copies.

“She said, ‘My boyfriend, Mario, how are you?’ and Mario smiled and said, ‘I’m well, my girlfriend.’

“Heaven won an angel who sees us from heaven,” David says.

Lynn planned to work until she was 66 and 2 months, in order to qualify for full Social Security benefits, Doug says.

But when she got sick before Thanksgiving, it was a couple months shy of her 66th birthday and she had used up almost all her paid time off.

So her coworkers donated their paid time off to get her through. The donated hours added up to close to seven weeks.

“That was pretty remarkable,” Doug says. But not surprising.

When somebody looks out for you, year in, year out, you’re there for them when they need you.

It’s called doing the right thing. Lynn was a big believer in that. 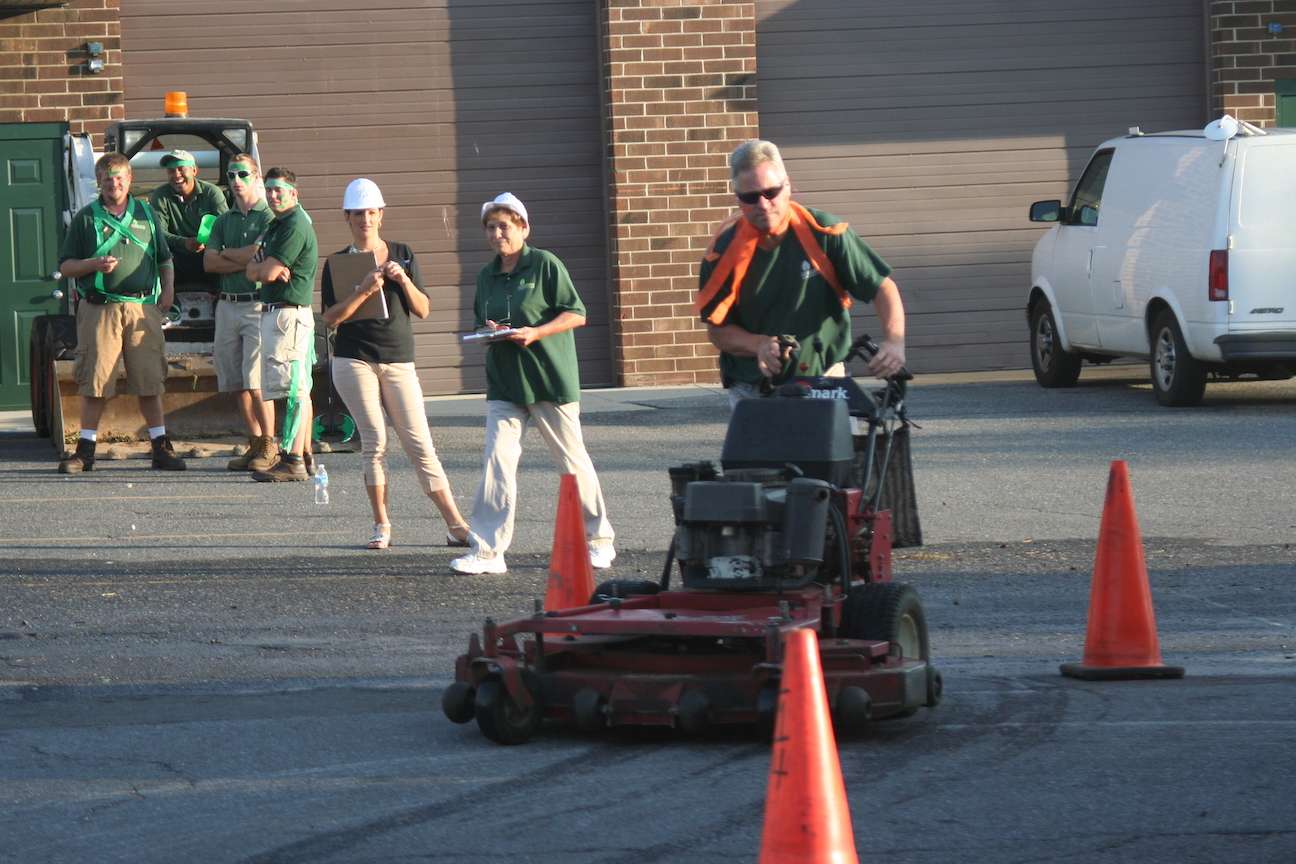