What do you look for in a new job?

None of that matters if your employer isn’t growing.

Michael Mayberry, chief technical officer at Level Green Landscaping, has contributed to his company’s steady growth, and sees a lot more of it down the road.

He shares six reasons why joining a growing landscaping company is a key to your career success. 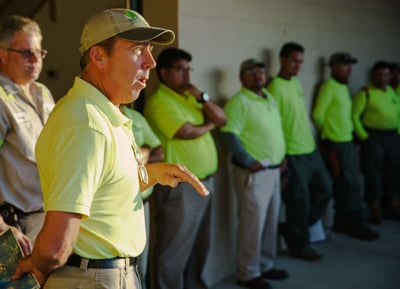 “People often get boxed into thinking just about the present, and don’t think about their future,” Mayberry says. “They might be afraid to accept a position that’s not as high up in a company as they’d like.”

If your company is growing, you can feel comfortable starting at the bottom and learning the business from the ground up, he says — because you know there’s room to advance.

“When your company is growing, everything around you is dynamic,” Mayberry says. “You’ll see how different situations are handled.

“There are always new things to learn in a growing company,” he says. New equipment. New processes. New customers with unique needs.

3. You Can Be Creative

“Because your company is growing, everybody will always be looking for better ways to do things,” Mayberry says.

“It gives you the opportunity to be creative, and have your ideas welcomed.

“In a stagnant environment,” he says, “people are often stuck in doing things the same old ways.”

“There are crew leaders here who developed new ways of loading equipment on trucks,” Mayberry says. “There are opportunities to contribute at every level.”

“When a stagnant or shrinking company has a bad year,"they often let people go,” Mayberry says. “In a growing company, if you’re doing a good job, they want you to stay on, grow, and move up in the company, even during difficult years.”

“If you help a company improve, they’ll help you improve,” Mayberry says. You’re more likely to enjoy pay increases, more vacation time and other perks if your company is growing.

Education and training opportunities are more likely at a growing company. Level Green reimburses 50 percent of tuition on any industry-related class or certification, if you earn a C or higher.

And the company’s new student loan repayment program will contribute $100 a month toward student loan debt for managers, helping to pay the balance off sooner.

Employee benefits are more likely at a family-owned company like Level Green, Mayberry says, where owners are often more invested in their employees.

6. You’ll Feel Pride In Your Work

“As your company grows, you feel proud, because you helped build it,” Mayberry says. “When I look back just to three years ago, we’ve come so far. I feel proud to be part of that.

“There are processes I helped instill that are part of how we do things on a daily basis,” he says. “That’s kind of cool.”

How Do You Know If There’s Growth?

“How many job openings do they have?” Mayberry says. “What do people say about the company? What are their goals over the next five to 10 years?”

Industry magazines often report on top companies’ growth, he says. Check out published lists of the top companies and their rate of growth.

Level Green On The Move

“We used to be just one little shop and a few trucks,” Mayberry says. “Now we have several branches. We just bought a new building. We add trucks every year.”

They’ve added positions to keep up with the growth, including a division manager.

At peak season, Level Green employs between 200 and 250 people, and they plan to double that number in five years as they add customers and expand into Virginia. 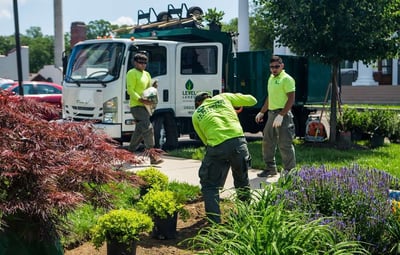 “There’s no way we would be this successful without great people, from the field all the way up to managers,” Mayberry says. “We’re looking for dedicated people who are motivated.”

“With growth comes movement, so we don’t want sedentary people who only want to do enough to get through the day,” Mayberry says. “We want people who are active in their positions and active in our culture. People who are always looking for better ways to do things. People who, like our company motto says, do the right thing.”

Are you ready to work for a strong, successful company with guaranteed growth?