Bradley Sarno hits the ground running every morning. Let’s try to keep up.

“I have guys going in four different directions every day,” Bradley says of the four different teams he supervises as enhancement operations manager. “If there’s a new job on Monday, I head there first to get things going.”

Then he joins the second crew as they get ready to place plants. He often lays all the plants out himself. As for the rest of the day, you name it. 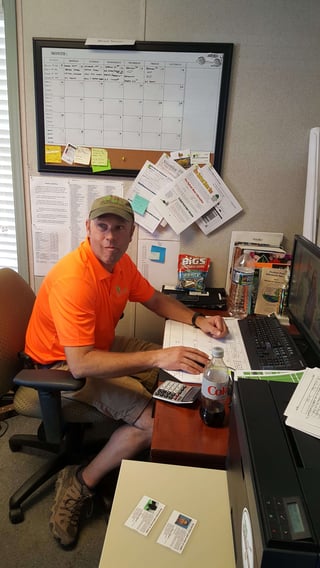 He assesses the terrain for hardscape projects with a laser level. He spray paints outlines of projects for crews to follow. He orders plants, working with perennial farmers and annual growers. He deals with materials vendors. He figures he’s planted thousands of trees.

”The biggest challenge for me is my schedule,” he says.

“We deliver on the expectations,” Bradley says.

He fell in love with landscaping in high school, during a summer job at a landscaping company.

“I instantly loved it,” he recalls. “Planting flowers, laying sod. It was fun. I love hiking and being outside, so it suits me.”

He worked at several landscaping companies over the years, starting out mowing — “making the long grass short,” he says — as most landscapers do.

But the repetitive nature of mowing wasn't enough. He wanted more. He started in enhancements at Level Green in 2013. And got more.

“There’s a new project every day, and I love that,” Bradley says. “You can drive by a project you did years ago and see how much it’s improved.

“Sometimes, you’re part of a total transformation,” he says. “People are elated. You feel like a hero when you totally transform someone's space.” He has the thank-you notes to prove it.

Enhancements are the king of landscape transformation. They include annual and perennial plantings, landscape lighting, decorative fountains, seating and sculptures — anything that gives a property an extra visual boost.

There are lots of options. It keeps him on his toes.

“Plants change every year, so just keeping up with the horticulture side is a challenge,” Bradley says. “Anybody who says they know everything is not telling you the truth — there’s always so much to learn.”

But his job involves people as much as plants.

“You have to be able to lead people and motivate people,” Bradley says. “My success is gauged by how good my crews are. I spend time teaching them, showing them how to do things they might not know. And that pays dividends down the road.

“I try to get to know my crews on a personal level,” he says. “I ask them how their weekend was. Nobody wants to be barked at. I try to make it fun.” 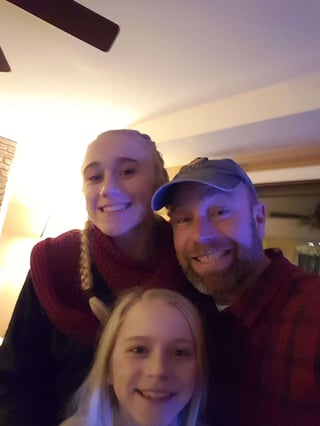 It must be working. People in his division stick around — and get promoted. Bradley loves promoting people.

“I always keep an eye out for potential good supervisors,” he says. “The idea is to grow all these guys — get them moving up. We don't want to just offer jobs. We want to offer careers.”

“Brad is one of my most trusted managers,” says Paul Wisniewski, branch manager and Bradley’s supervisor. “That’s both good and bad,” he adds with a laugh. “It means I put a lot on him, because I can trust him with anything. He’s the main guy if you want something done. We would be nowhere near as successful as we are without him.”

As busy as he is on the job, Bradley is often on the move at home, too. He and wife Jessica have two daughters, Kylie, 13, and Amelia, 10. Both are gymnasts who often require a driver — aka dad. Kylie was recently accepted into a national gymnastics travel team and now gets to travel the country and the world.

Bradley’s an outdoors guy — you might find him hiking a trail, paddling a kayak or fishing in a stream.

Or at the grill. He cooks many of the dinners at the Sarno home, sizzling up shrimp fajitas or simmering chili. He and Jessica grow several varieties of tomatoes, peppers, lettuce and herbs, and he makes fresh salsa with the bounty.

Bradley says he was drawn to Level Green because of how fast it was growing.

“This was obviously a company with stated goals, a sales strategy, a really good plan,” he says. “I knew I’d be part of something good. Owners Bill and Doug recognize that there's more to it than just hiring the right people. It’s about keeping the right people happy. People do better work when they’re happy.” Bradley is just one of the dedicated team members we have here at Level Green Landscaping. And we’re always looking for hard-working, talented people to join our team.

Are you ready to work for a company that loves to help its employees grow?