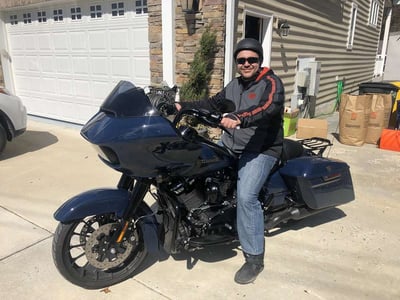 Brett Hardy started mowing lawns when he was 9, and hasn’t looked back.

Well, he looked away for a minute and tried his hand at construction. But it wasn’t for him.

“I always liked being outside and getting my hands dirty,” says Brett, an account manager at Level Green Landscaping.

That’s why you’ll still find him knuckle deep in flower beds every spring planting season, tucking vinca in the ground along with the planting crews.

Brett started out on a crew, moved up to supervisor, then operations manager before becoming account manager.

That varied experience helps him a lot in his current job.

“When I look at a job I can tell how long it will take to mow, how long to edge, how long to mulch,” he says. He’s been there.

“Guys here have watched me grow up,” he says. “They know I started at the bottom and worked my way up.” 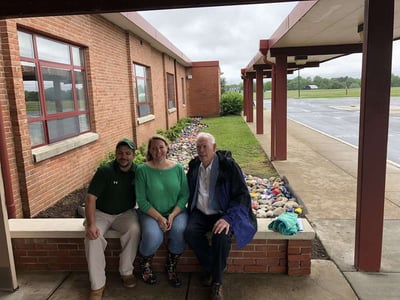 That’s how his dad, Level Green co-owner Bill Hardy, started out, he says.

“Book smarts are good, but you have to get that field experience,” Brett says. He earned a degree in business management from the University of Maryland University College.

“But it gives you credibility,” he says, “when you’ve worked out in the field.”

The biggest challenge of his job is time management, Brett says, juggling time visiting job sites, with customers and in the office.

“You really have to multi-task.”

Another challenge: keeping everybody happy.

“You might have five clients who all want everything done tomorrow,” he says. “You have to make sure that if you tell them it’ll be done Friday, it has to be done Friday.”

How Was Your Weekend?

Brett’s one of those on-the-move guys. He likes to walk while he talks. A desk job would bum him out.

But he loves settling in for a good conversation.

“I get to know my clients,” he says. “I take them out to lunch, bring them coffee. I get to know if they have kids or if they like to take cruises for vacation. When you get to know them as a person, it builds rapport.

“I don’t always talk about work with them,” he says. “We chat about our last vacations or what we did last weekend.”

A Guy With Many Hats

“He wore a lot of hats,” Keffer says. He’s still multi-talented, he says.

“He’s worked here longer than just about anybody, so he really knows a lot about landscaping,” he says. “He gets along very well with his people in the field, and he can walk into an office building and talk to a property owner with confidence.”

“Brett’s a very good guy,” Keffer says. “He’s a down to earth person.”

A Need For Speed 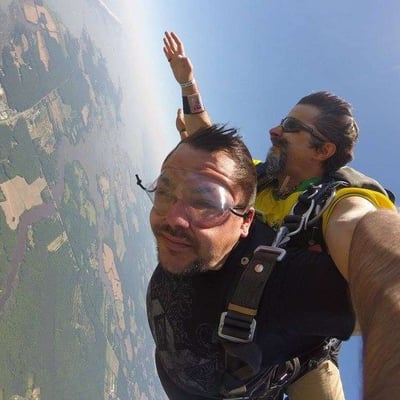 Away from work, you’ll likely find Brett on his motorcycle, a 2019 Harley Davidson Road Glide, an 800-plus-pound bike with menacing LED headlights.

Or, as Harley Davidson puts it, “the machine of choice for hard-charging riders.”

Two years ago he and a friend trailered the bike to Amarillo, Texas then drove for 22 hours.

“It’s freeing,” Brett says. “It’s a big stress reliever. When I get real busy at work, I hop on the bike and ride for an hour. It calms me down.”

If he gets too calm, he jumps out of an airplane. He must really like the wind in his face.

“Skydiving is a rush,” Brett says. “A huge adrenaline rush. It’s like being on a motorcycle, but on steroids, because you’re going twice as fast.”

In calmer news, he bought a house a year ago and is busy planning an addition and a kitchen remodel.

Landscaping’s In His Blood

Brett downplays his family connection to the company, Keffer says, which impresses him.

He and his dad have a pretty normal working relationship, Brett says.

“When I lived with him, it was a little harder,” he says, “because we saw each other all the time. But now that I have my own house, I see him during the day, then I go home.”

It’s kind of like having a built-in career coach.

“He definitely wants to see me do well,” Brett says. “He gives me a little push now and then.”

Brett is just one of the dedicated team members we have here at Level Green Landscaping. And we’re always looking for hard-working, talented people to join our team.

Are you ready to work for a strong, supportive company that feels like family?