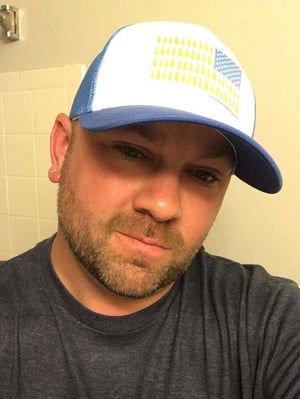 When Brian Outten joined the U.S. Army out of high school, he learned he’d be a 63 Bravo, a light wheel mechanic, changing oil and replacing tires on military vehicles.

He knew nothing about fixing vehicles.

“I couldn’t tell you the difference between a half inch wrench and a 9/16 wrench back then,” he says.

He’s come a long way. After six years in the Army and 12 more years working in the field, Brian is now shop manager at Level Green Landscaping, in charge of 500 pieces of equipment, including 100 trucks.

When Brian got his first job after the Army, at American Truck and Equipment in Baltimore, he started out changing oil. But he wanted a lot more.

“I was like a curious dog,” he says. “I always wanted to know what the next person was doing and wanted to try that.”

He moved up to service writer, figuring out what was wrong with trucks and delegating jobs to the mechanics best suited to tackle them. He earned industry certifications. He spent a two-year stint as director of operations for a landscaping company.

When he landed the job as Level Green shop manager In October, he was ready for the task. 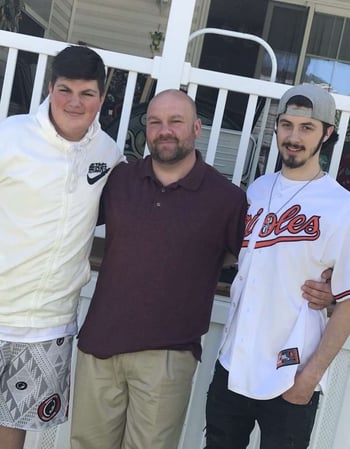 Brian’s job is to make sure all 500 pieces of equipment are up and running well, from electric blowers to assorted mowers to 125 trucks and trailers.

“If our equipment is down, guess what? We can’t use it to service our customers,” he says.

He calls meetings once a week where he asks for mechanics‘ input.

Brian is excited about using more technology in the shop, from organizing daily schedules to the use of robotic mowers.

He envisions a computer screen with a constant scroll of information on what’s happening in the shop.

“‘Truck 237 is done’ would scroll across the bottom,” he says. “Anybody who walks in would instantly know what’s happening. That’s pretty cool.”

Sharing Tricks of the Trade

Brian left the Army years ago, but “The military still plays a huge part in my life,” he says. “I’m really a stickler about time management. Accountability is really important to me.”

He doesn’t work on equipment any more. But it’s important that he used to.

“I can help show people more efficient ways to do things, because someone once showed me,” he says. “I can pass along some tricks of the trade.

“You can’t do this job just with book smarts,” he says. “You need to know how to work with an Excel sheet, and know how to change oil.” 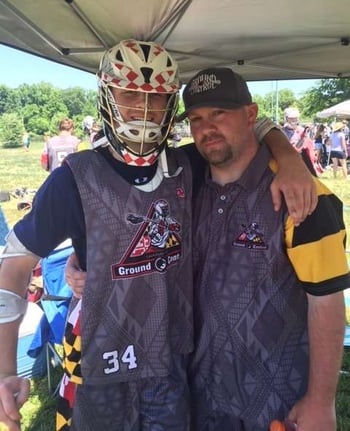 Jadon, a sophomore in college, was an avid lacrosse player, and so now is Dylan.

Eight years ago, Brian founded a youth lacrosse club for boys and girls, unhappy with how much his sons’ coaches yelled more than coached.

He decided to start one team for his son and his friends to play on and hire a couple coaches.

He put out a flyer one May.

Now young men and women who were part of his Ground Control Lacrosse Club often call him to tell him about college plans, thank him for the opportunity and share what the experience meant to them.

It takes up a lot of his time, but he still tries to get to live concerts and comedy shows and loves cooking dinner for his sons.

Two dogs round out the family: Bray, a Bichon Frisé, and Delilah, a boxer-pit bull mix.

“All she wants to do is lick your face all the time,” he says.

Brian lives 90 minutes away from his job at Level Green, but the commute is worth it, he says.

Owners Bill Hardy and Doug Delano impressed him from his first job interview.

“When I interviewed here with the ownership, they had me at hello,” Brian says. “The first thing Mr. Bill said was how much he cares about his people. He said yes, it’s a business, and we’re here to make money, but if you take care of your people, they’ll take care of your customers.

Brian is just one of the dedicated team members we have here at Level Green Landscaping. And we’re always looking for hard-working, talented people to join our team.

Are you ready to work for a growing, successful company that will have you at hello?