Eric Bross is big on teamwork. He knows what can happen when everybody works together.

Eric was a member of the 1998 University of Massachusetts football team — the only team in the university’s history to take home a national football championship.

This fall, to celebrate the 20th anniversary of the big win, the entire team will be inducted into the university’s athletics Hall of Fame.

“It made us feel we could accomplish anything as a team,” says Eric, business development manager at Level Green Landscaping.

He still believes that, every day at work.

Lots And Lots Of Turf 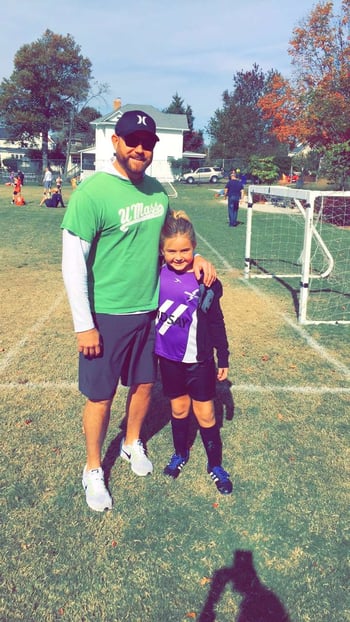 Eric grew up in Palm Coast, Florida, between Daytona and St. Augustine.

In high school, he played football, basketball and baseball, spending his share of time on turf.

When he was awarded a football scholarship at the

University of Massachusetts, he headed to familiar territory — turf management.

When he saw that turf covered with snow for the first time, the Florida kid “fell in love with New England,” he says.

He earned a bachelor of science degree in plant and soil science with a focus in turf management and landed his first job as assistant superintendent at a Florida golf course.

Searching For Something More

“My job was 75 percent worker, 25 percent manager,” Eric says. “I fixed irrigation heads, I fertilized greens, I mowed greens and fairways. And I realized, I went to four years of college to do this?”

He took his higher aspirations and went to work for a friend’s landscaping company in Palm Coast, working as an account manager and branch manager for 10 years.

He traveled a lot, helping establish new branches in Florida, North Carolina and the Bahamas.

In 2012 he got a job at Ruppert Landscape as a business developer and worked there for five years before coming  to Level Green in 2017. 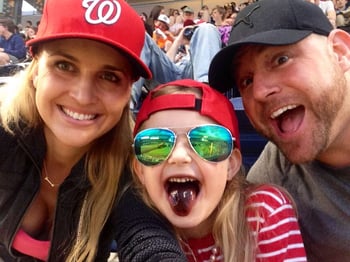 “I really try to listen to what the customer wants, then give it to them,” Eric says. “I’m not there to sway them one way or another. These are often big contacts, with big investments. They’re looking for a partner who will protect their investment.”

Clients are sometimes surprised by his attitude, he says.

“You might as well smile first thing in the morning and get it over with,” he says. “If I smile at somebody, then get them to smile, I’ve accomplished something that day.”

“He Has This Kind Of Charm”

“He has this kind of charm,” he says. “It’s uncanny, really. He talks to new clients like they’ve been friends for years. He knows what sports his clients like, what restaurant to take them to for dinner. He really finds a way to connect with people.”

That makes him good at bringing in new work, Kole says.

“His role is very important,” he says. “We want to expand into northern Virginia, and he’s key. If he doesn’t succeed, my branch doesn’t grow.”

Anybody Up For Legos?

Eric has a 7-year-old daughter, Pearl, and lives with his family in Arlington, Va. 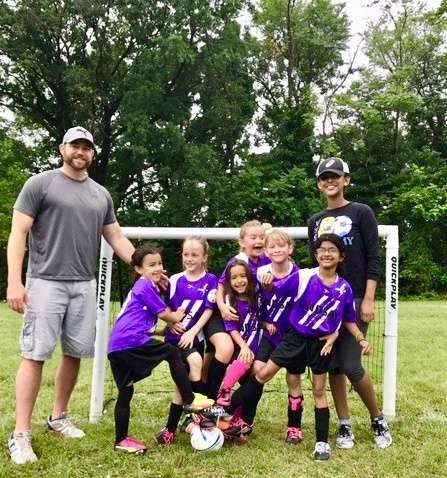 You might find him at the end of a fishing line, fly fishing in local streams or hauling in massive mahi-mahi and wahoo while deep sea fishing in the Bahamas. 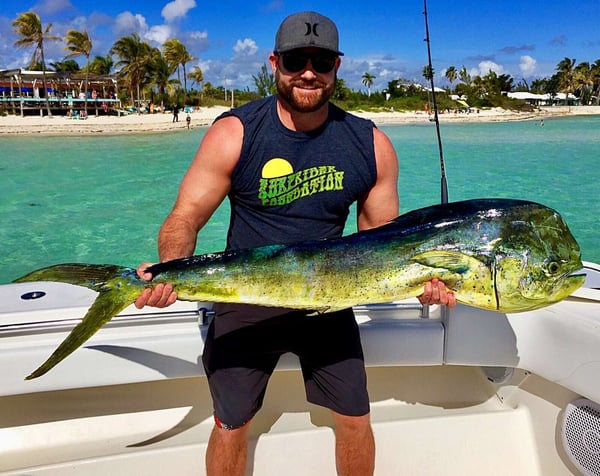 He’s a devoted fitness buff, working out at the gym three times a week.

And he and Pearl know their way around a pile of Legos.

In July, a new Yorkie-mix puppy will join the family.

Eric moved his family to Arlington because he heard the schools are among the best in the country. He was happy to learn his bosses share his commitment to family. 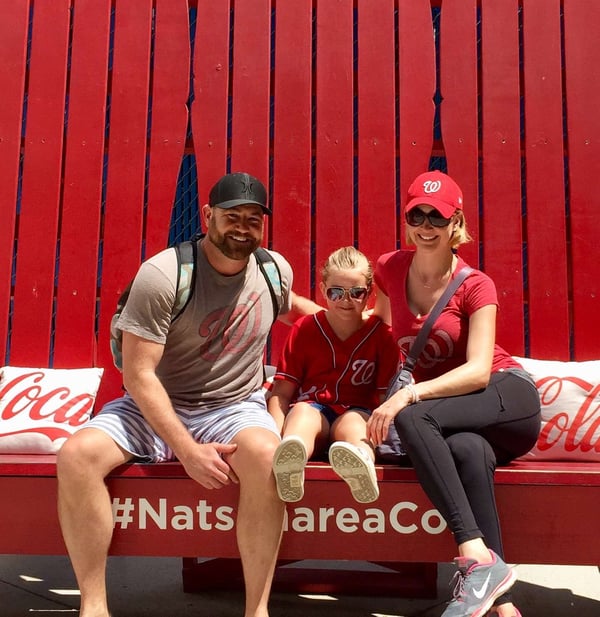 "When my daughter is in a play and I want to see her, they allow us to do that and make up the time,” he says.

“They encourage family, knowing that if we’re happy, we'll do better at our jobs.”

Working Together “To Get It Done”

The guy who loves smiling has found a good fit at Level Green.

“Level Green has such a positive work environment,” Eric says. “We all get along really well. There’s no, ‘Hey, this isn’t my job.’ We all work together to find a way to get it done.”

That suits him just fine.

“My goal is to keep working hard,” he says, “to help grow Level Green.”

Eric is just one of the dedicated team members we have here at Level Green Landscaping. And we’re always looking for hard-working, talented people to join our team.

Are you ready to work for a strong, growing company where people smile at you?