On his first day at his new landscaping job, 18-year-old Paul Weaver gulped.

“They handed me the keys to a truck that was larger than anything I’d ever driven before and gave me a set of plans I didn’t know how to read,” he recalls. “My truck was full of Latinos who couldn’t speak English.

“I thought, ‘Do they think I'm somebody else?’”

“I muddled through, somehow, and made it.”

He made it all the way to a career as construction branch manager at Level Green Landscaping.

He must have done something right. 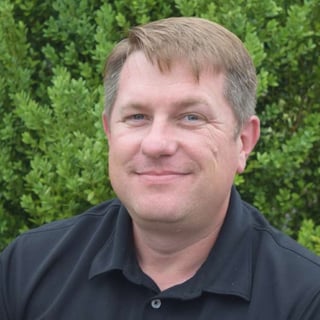 Paul started his landscaping career at age 15, working for a small landscaping company in Crofton, Md. after school and during summers.

He was outside, working with his friends, getting a tan, earning money to put gas in his car, once he turned 16.

What’s not to love?

After graduation he landed a job at a larger, commercial landscaping company — that one that scared him the first day.

He loved how everything was suddenly bigger.

“Large-scale machines, large crews, huge numbers of trees and plants,” he says. “From day one of a project to day 60 there was a gigantic difference. I knew commercial landscaping was where I wanted to be.”

He was there five years, promoted to estimator his last year. Paul spent the next 13 years as a landscaping estimator, including time in Richmond, Va. working on some huge projects, from two gigantic Amazon distribution centers to the Washington Redskins training facility.

“I had worked in the field for so long that I could look at a set of plans and just know what the job needed,” he says. “Now, instead of starting with a shovel, I had the satisfaction of seeing a job evolve from a wooded lot to a beautifully landscaped hospital.”

Paul came to Level Green in 2016 to interview for an estimator job.

His main job is selling and estimating work. He also oversees production, works on invoicing and meets with clients to establish and nourish relationships.

“A lot of companies go after any job, but we’re more about building relationships,” Paul says. “When I was an estimator, I’d talk to a customer, and that would be the last time I talked to them. I enjoy talking to clients over lunch, discussing jobs and possible future projects.”

He visits job sites once a week, taking photos of the progress to show clients.

“The last photo is always my favorite,” he says. “I say, ‘Remember the photo I sent you six months ago? Look at this one.’ That’s the coolest part for me.”

He loves the variety he didn’t have in previous jobs.

“My career before was one piece at a time,” Paul says. “Here, I’m putting all the pieces together. I love it.”

"He's like a one-stop guy, but he also has to be good at delegating.”

And good at relationships, Hardy adds.

"Paul has to build relationships with our account managers and branch managers, and with his own set of clients he has to keep happy,” he says. “Today he was out having lunch with a subcontractor, building that relationship.

"He's organized, he's a hard worker, but probably his greatest strength is his commitment to do the right thing," Hardy says. "To make sure the end product is great for the customer."

“I get a lot of great feedback from customers about Paul," Hardy says. “They say he's always available when they need him, that he really cares.

"People want to work with us again because of Paul."

Life With Two Daughters, A Dog And A Mouse Killer

Paul lives with his two daughters, Haleigh, 17, and Elle, 14. They keep him busy, attending their lacrosse games and school plays. 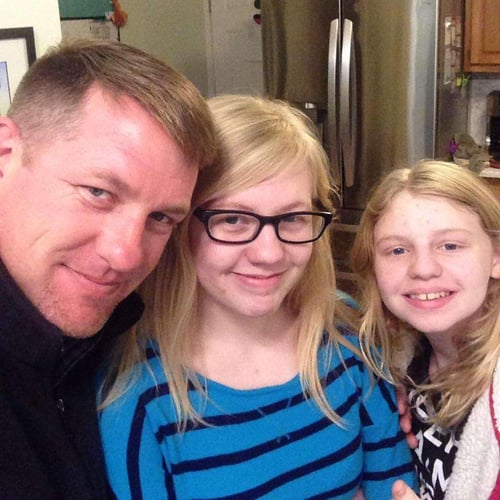 Elle recently played Wendy in “Peter Pan.” He and Haleigh have been visiting colleges.

“I swear I was just changing her diaper,” Paul says, “and now we’re looking at colleges in New York.”

Family dinner is sacred. Paul might whip up chicken fajitas or toss something on the grill.

“Once we’re all sitting down, it’s family time,” he says. “We talk about school and life, drama class or whatever happened that day.”

Music feeds his soul. Paul learned to play piano and read music at age 7, played flute and drums in the school band and moved on to guitar as a teen.

He composes his own music, recording several solo albums.

“It puts me into a relaxing state,” he says. “I bang on my drums to get out my aggression. I put some melodies together as a stress reliever.”

Jake the black lab and Hunter the cat round out the family. Hunter earned his name — he’s a fierce mouser.

“I Love Coming To Work Every Day” 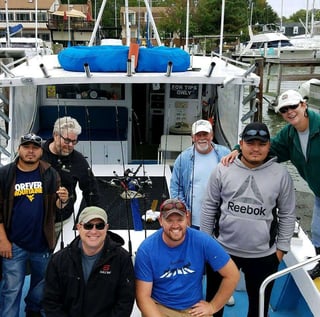 Paul was about to head to an employee appreciation lunch, where crews would head back early, cook and socialize together.

“I’ve never worked at a place that shows appreciation like that,” he says.

It’s just one of the things he appreciates about Level Green.

“Bill and Doug are really involved,” he says. “They know how to do my job as well as I do. It’s nice to be able to talk shop with them and they know exactly what I’m talking about.

“I love coming to work every day."

Paul is just one of the dedicated team members we have here at Level Green Landscaping. And we’re always looking for hard-working, talented people to join our team.

Are you ready to work for a strong, growing company that really appreciates its employees?