Randy Pettko keeps apologizing for being boring. "I probably have the least exciting job here,” says Randy, Level Green Landscaping’s comptroller for the past two years.

Except, he’s got it all wrong. Here are four of the many reasons why Randy isn't boring:

— When he was in elementary school he was a wiz at “Jeopardy” on TV. "I ran the board once.” (That’s brainy guy talk for answering all the questions.)

— He has degrees in business and accounting, which you'd expect in his line of work. But he also minored in microbiology in college, has completed an apprenticeship in heating, ventilation and air conditioning and earned a paralegal certificate. He’d take classes at night, just for fun.

"I love learning," he says.

Sorry, Randy. You're not boring at all.

But his job — comptroller — is one of those job titles that’s sort of a mystery to people. 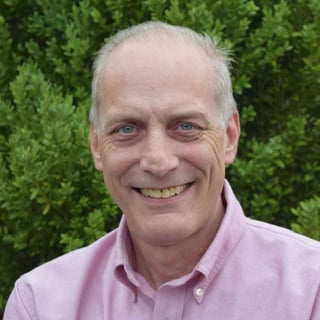 “I oversee the overall financial stability of the company,” he says. If that sounds important, well, it is.

He researches benefits packages with office manager Lynn Garris, so employees have the best deal possible with 401K, health insurance and other benefits.

“We want to keep our employees happy, so they stay,” he says.

Oh, and he’s the guy who makes sure the payroll checks go out every two weeks. That might not make Randy the most exciting employee here, but it definitely makes him popular.

He brings lots of experience to the job. He earned degrees in business and accounting at the University of Maryland and went on to work at all sorts of places: in public accounting, at a computer company, an air conditioning company, a health care system.

He joined Level Green as comptroller in 2015.

“This is the best job I’ve had yet,” Randy says. “I wish I would have come here first. There are super people here. I like the relaxed atmosphere and how Doug and Bill treat the employees.”

And he loves his work.

“I’ve been able to upgrade the reporting, keep the cash flow strong, pay the vendors in a timely manner, keep the employees happy,” Randy says. “I enjoy giving them tools to help the company grow.”

Getting The Job Done

“Randy brings order to the chaos,” says Doug Delano, Level Green co-owner. “He helped us get our books and records together in an organized fashion, so we can make our decisions on good financial information. Without that, you’re making decision based on your gut, which isn’t always the best.

“Randy’s hands on, he gets things done, he has a good work ethic,” Delano says. “It’s hard to find him in a down mood. He’s a good person, and he’s good natured. He’s willing to take a joke — which we often dish out.”

His dad was an accountant and a major in the US Air Force, working in the inspector general’s office.

As a kid, Randy loved pretending he was an accountant, too. 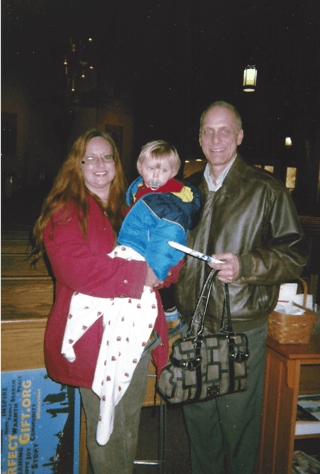 “I’d count all the knives in the drawers and count all the pens in the house,” he recalls. “I loved taking inventory. I'd sit at my dad’s desk and play with his calculator.

“Those are good memories,” he says.

“The Apples Of My Eye”

Randy and his wife Dana have been married for 25 years and have two daughters, Gina, 33, and Kayla, 28.

They have three grandchildren — “the apples of my eye,” he says proudly. They include Chris, 4, John Paul, 4 and Mary Regina, 18 months.

Daughter Kayla and her son, Chris, live with Randy and Dana and they help care for their grandson while Kayla finishes school and works. 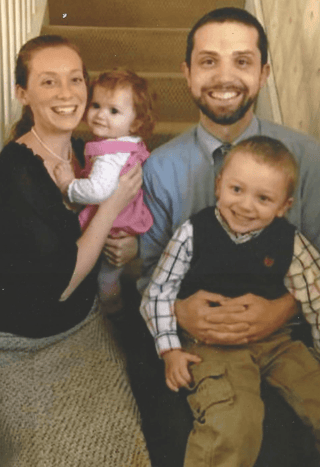 For years Randy was an avid reader and a movie buff. He could easily rattle off the dates and details of movies and their stars.

“I must have read an entire library’s worth of books,” he muses. “Now, my biggest hobby is my grandkids. Why would I want to read a book when I have them?”

Making It All Add Up

In Randy’s line of work, it’s all about the numbers adding up. But there’s more to it than that, he says.

“I get satisfaction from helping to make the company stronger and more secure for the employees who work here,” he says. “I have my grandkids’ pictures up on my office wall. I look at them and know I’m helping to secure a home for my family, my grandson.

“Work itself is just work,” he says. “But the satisfaction comes from making sure the company stays strong so we can all feed our families, have homes to go to, and can live a good life.

Randy is just one of the dedicated team members we have here at Level Green Landscaping. And we’re always looking for hard-working, talented people to join our team.

Are you ready to work for a strong, growing company that strives to keep employees happy?