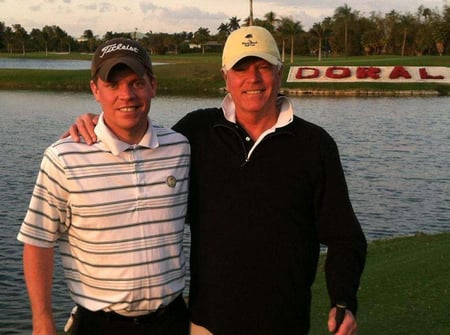 Todd Mayberry was a golf pro for seven years before he started his career in landscaping. He made a lot of people happy.

One of his students had never hit below 90. After a lesson with Todd, who helped him straighten out his swing, he hit an 84.

Learning From The Ground Up


Todd is working as an account manager and branch manager, preparing for Level Green’s new Virginia branch opening this year.

He learned the landscaping industry from the ground up, during five years working for a big national landscaping company —  the first year out in the field working with a landscaping crew.

He left his golf pro career because he wanted his weekends back. But this new job was hard work.

Out on the golf course he appreciated the emerald green grass and the lush landscaping, but he didn’t know much about the work that kept it so pristine.

He learned fast, holding a shovel. 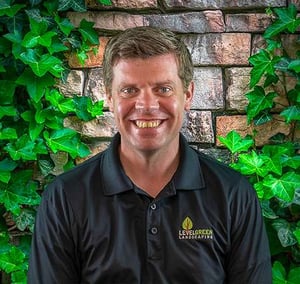 “I learned what kind of plant material works where, I learned watering techniques, I learned how to explain in exact detail how long a job takes and why,” he says. “And I learned Spanish on the job, which is pretty cool.”

When he was promoted to account manager, he could explain intricate job details to clients.

“But it’s not always about a big enhancement,” Todd says. “Sometimes it’s as simple as making the grass have a nice, crisp edge. A lot of times it’s the small things people really appreciate.”

When he gets compliments on a job well done, he always passes the praise on to the crews. He’s been there.


“Todd is committed to his clients,” says James Kole, Level Green Landscaping branch manager and Todd’s supervisor.  “If he says he’ll get something to them, he gets it to them, even if it means he’s working at 9 o’clock at night.”

His roles as both account manager and branch manager means a seamless transition for Level Green customers, Kole says.

Hand Him A Ukulele


Todd’s golf days are pretty much over, he says. Now that he and his wife, Kelly, have two young kids, he’d rather not spend four hours on the golf course on a Saturday.

He loves rock concerts and baseball and roots for the Orioles. 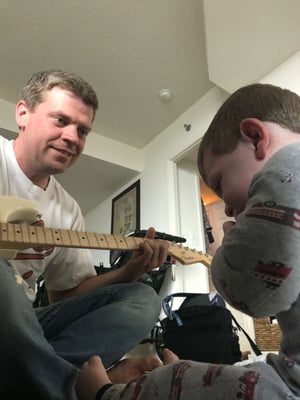 He learned to play guitar as a teen during the grunge rock era, and later picked up the bass.

And he plays a mean ukulele, if that's a thing.

Back at the country club pro shop, the staff would dress up to match the themes of the women’s tournaments.

One day, preparing for a tropical beach theme, Todd’s boss handed him a ukulele.

“Here,” he said. “Figure this out.” Todd had three days to learn “Somewhere Over The Rainbow.”

One more thing: he’d be wearing a grass skirt.

Todd’s an amiable guy, so he went with the flow.

His kids, 2-year-old Michael and 5-month-old Madison, love it.

Michael thinks it’s hilarious that his big dad plays such a tiny instrument.

“When they get upset, I play a few songs for them and they immediately quiet down,” Todd says. He might strum some Taylor Swift, or bust out some Beatles.

“It brings everybody together.”

High Standards, From The Top


At his former landscaping company, nobody ever saw the guys in charge, Todd says.

He loves telling how Level Green managing partner Bill Hardy walked a job site with him the other day, pointing out needed improvements and making clear the company’s exacting standards.

“They have high expectations,” he says. “And I heard that from the owner himself. It was good to hear that. I’m going to like it here.”


Todd is just one of the dedicated team members we have here at Level Green Landscaping. And we’re always looking for hard-working, talented people to join our team.

Are you ready to work for a growing, supportive company where high standards guide our work?