When you think about it, Travis Hohman could have had it made.

His dad, George Hohman, owns a successful landscaping business, Turfscape, Inc., in his hometown of Cleveland.

So, straight from graduation from Bowling Green State University, Travis could have slid right into the family business, neat and tidy.

Instead, he came to Level Green Landscaping.

“I wanted to branch out and do something on my own,” he says. “I didn’t want it to be handed to me.”

Training On The Job 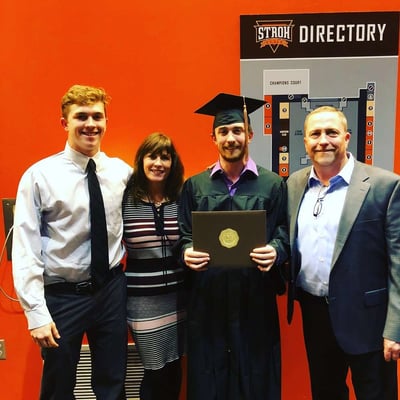 Travis started at Level Green in November 2017 as a management trainee, learning on the job to be an operations manager or account manager.

The training program is set up much like Level Green internships, giving employees a great, well-rounded look at the entire operation.

“I really liked the management trainee program,” Travis  says. “You’re not rushed into a manager role. You get to touch base with all aspects of the business. You’re not just out in the field or just in the office, but you get both worlds.

“It got me up to speed, so when I was promoted to account manager,” he says, “I could hit the ground running.

“I graduated with a degree in business management,” he says, “but without that management training, I would have been overwhelmed.”

Instead, after four months, he was promoted to account manager, and was ready to take on the challenge. 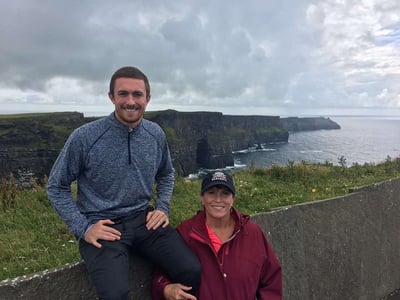 Sure, Travis will fill you in on the importance of seasonal color, how to make your signage stand out and when to aerate your lawn.

But he’ll also ask about your kids, your favorite sports team and what’s up for the weekend.

“I like to get personal with clients,” Travis says. “I want them to know how much I care about my job, and our customers.”

Feel free to ask him about the Cleveland Cavaliers, his kid brother Collin or his fraternity life at Bowling Green State.

“I like discussing our families, so we can get to know each other,” Travis says. “I think that helps customers to trust me. Getting to know people and building relationships is something I’ve always enjoyed.”

There’s a tangible reward in landscaping, he says.

“I love seeing the finished product, and seeing how happy the clients are,” he says. “I love making property managers’ jobs easier for them, by taking the landscaping off their plate.

“Today one of my clients said to me, ‘I completely trust you.’ That felt great.” 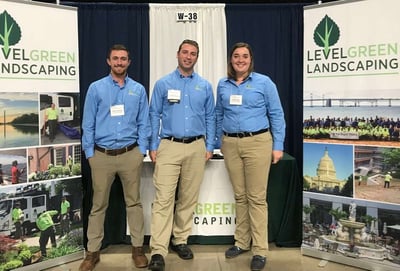 “Travis is very enthusiastic,” says David Keffer, branch manager at Level Green and Travis’ supervisor. “He’s a ball of fire. He wants me to give him more and more responsibility. We’ll give it to him. We’ll stuff the python, as they say.”

Travis is the first account manager in the office in the morning and the last one to leave at night, Keffer says.

That’s great for his team members, he says.

“He makes everybody on our team laugh,” Keffer says. “If he has to miss one of our meetings, we all miss him.”

Pick A Sport, Any Sport

Travis is a diehard sports fan, with a particular love of his hometown Cleveland teams.

“The Browns, The Indians, the Cavaliers, you name it,” he says. “I can name every single player on all of the teams.” 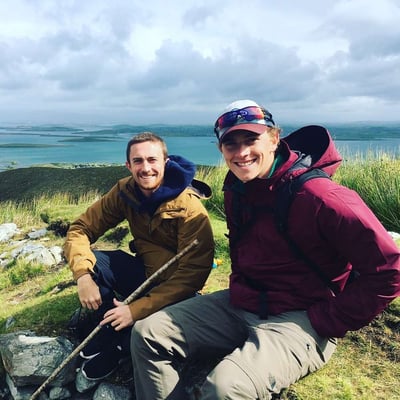 He plays sports, too. He was on a softball team in Arlington and just joined a Topgolf league, where you play inside and score points by hitting micro-chipped golf balls at giant dartboard-like targets on an outfield.

You might find him kayaking, exploring DC with his friends or watching “Insane Pools: Off The Deep End” on Animal Planet, watching ordinary back yards transform into luxury outdoor spaces, with vacation-worthy pools and cascading waterfalls.

Travis is close to his family, chatting with his dad, George, his mom, Mary and his younger brother, Collin several times a week.

“My dad, being in the industry, is a great source for me,” Travis says. “He’s supportive of everything I do.”

No hard feelings about him choosing Level Green?

Not a bit, Travis says.

“He told me he thought it would be smart for me to go and learn from a different successful landscaping company,” he says.

“Now I’m part of this family, and I couldn’t be happier.”

Travis is just one of the dedicated team members we have here at Level Green Landscaping. And we’re always looking for hard-working, talented people to join our team.

Are you ready to work for a strong, growing company that prepares management trainees to hit the ground running?