Wayne Taylor started his landscaping career at age 14, when he and a couple friends got into the yard work business.

They hauled their gear around in a little yellow truck, and came up with a pretty great company name: Banana Landscaping.

“That’s when I got the bug,” Wayne says. “I realized I loved working outside.”

A lot has happened since then, from life as a U.S. Marine to world travel to six kids and a spider-eating cat.

But Wayne, an account manager at Level Green Landscaping, still has the bug.

Learning From The World

His battalion — India Co. 3rd Battalion 8th Marines — was the first to be deployed on the ground during the Kosovo War. He helped relief efforts in Turkey after the devastating earthquake there in 1999. 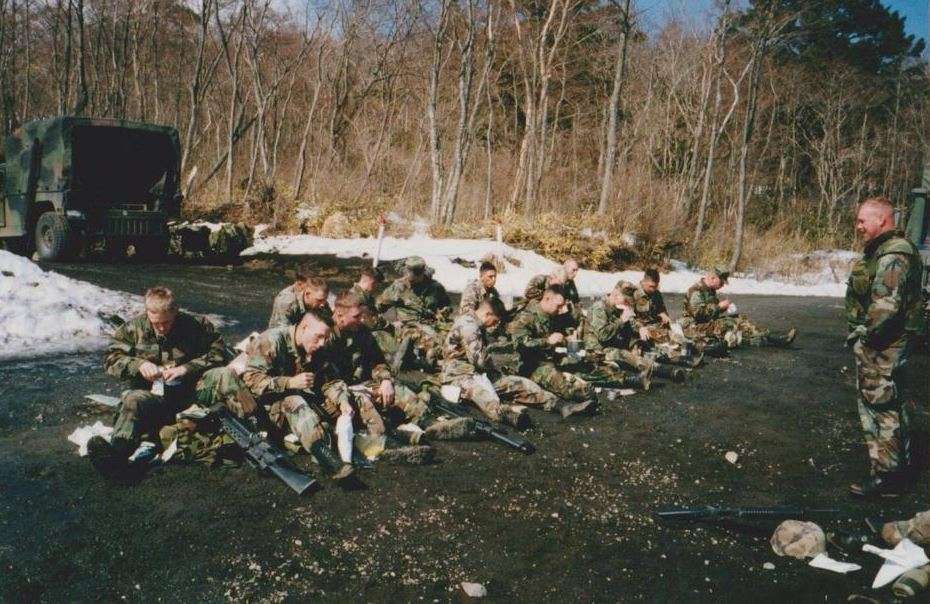 He served on a ship for a while on the Mediterranean Sea. He lived in Okinawa, Japan for six months and loved exploring Tokyo. The list goes on — Africa, Italy, Greece, Spain.

“I learned a lot about people in different cultures,” Wayne says. “Just because we’re all different doesn’t mean we’re bad or good. It broadened my mind about the way the world works. I realized how lucky we are to live where we do. Some people have it really bad.” 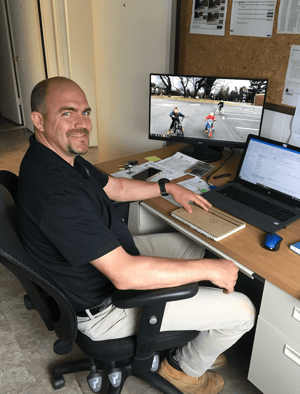 “You Can Do Anything”


After the Marines, Wayne settled into civilian life, working in construction and at several landscaping companies over the years.

He landed at Level Green in April 2018, and started connecting with his customers.

“I like building a relationship with clients that’s not just about work,” he says. “When I start to get to know them, their likes and needs, talking about our families, it’s a lot more fun.

“The challenging parts are selling the work and making sure everybody’s expectations are met, and all the deadlines are met,” he says.

“In springtime, everybody wants everything at once,” he says. “It’s hard to tell people no. I like to accomplish things people say aren’t possible. When people say, ‘You won’t be able to do that,’ I say, ‘If you put enough effort in, you can do anything.’”

“He Knows Landscaping A to Z”

Wayne handles some high-end HOA properties with million dollar homes and discriminating homeowners, Keffer says, and they loved him from day one.

“He knows landscaping A to Z,” Keffer says, “and what he doesn’t know, he’ll research, read about and reach out to people in that specialty and learn it so he can help his clients.”

He’s hands-on, honest and always wants to do the right thing for clients, he says.

All of that is great for Wayne’s colleagues, Keffer says, as he’s an enthusiastic mentor for younger account managers.

Six Kids and a Spider-Eating Cat 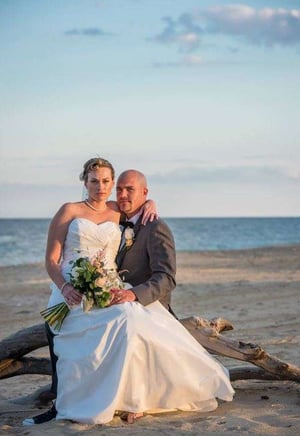 Wayne and his wife, Jasmine, a contracting officer at NASA, have six kids between them, “like the Brady bunch,” he quips.

Rounding out the family are Stella, a shorthair border collie mix rescue, and cat Lulu, another rescue, who earns her keep by killing mice and eating spiders.

“It’s not boring,” Wayne says with a laugh.

Trent, a high level skateboarder with sponsors, goes through a pair of skate shoes every three weeks. Samson fell out of a tree the other day and broke his arm.

Wayne coaches Samson and Jaxon’s T-ball games, with two practices a week and games on Saturdays.

It’s always something, and he loves it.

They live in a big old house on five acres surrounded by woods. It’s a bustling fun factory, with a trampoline, pool table, arcade games. 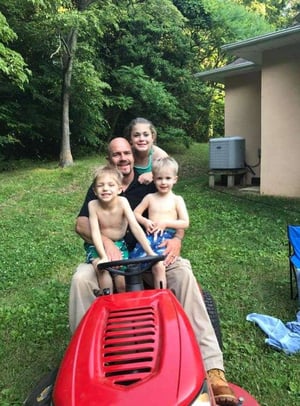 Wayne loves filling his home with friends and family — as many as 40 people during the holidays — and watching everybody have fun together.

Level Green To The Rescue


He’s come a long way from that banana yellow truck, but Wayne still loves the tangible feeling of leaving a place looking better than he found it.

“If a property manager is having a hard time with their landscaping company, and we’re able to come in and make everybody happy, show them there’s a better way to do things, and show we care about them, I feel like I really helped somebody,” Wayne says. “That feels good.”


Wayne is just one of the dedicated team members we have here at Level Green Landscaping. And we’re always looking for hard-working, talented people to join our team.

Are you ready to work for a growing, supportive company where you can tell your work makes a difference?