Sometimes, nature tries to take over.

Invasive plants are an increasing problem in Maryland and Virginia, taking over forests of native trees and plants and slowly killing them.

An invasive plant is a species that’s become a pest, growing aggressively, spreading and displacing other plants.

Often, they’re not native, making their way here from other countries. But native plants can be invasive, too.

“These plants are very, very hardy,” Butler says. “The reason they made it here from Asia or Europe or Africa is because that seed made it across the sea and is thriving here. They’re very hard to kill and very hard to stop.”

Many invasive plants are vines.

“They grow up through the trees and cover the canopy,” he says. "The tree dies and the vine survives.”

Chances are, you see them every day.

“You can’t drive down any highway in this area and not see vines overtaking the trees,” Butler says.

What Plants Are Invasive?

There are a host of invasive plants, but the ones that are most troublesome in the Maryland and Virginia area include:

Some invasive plants might surprise you. You might have them on your property, in your yard or see them routinely at garden centers.

Barberry, prized for its red or gold color year round, is considered invasive. So is English ivy, a popular ground cover.

English ivy grows up trees and can actually penetrate the bark, Butler says, taking water from under the surface. It can keep surviving, even when it’s detached from the ground.

“You can see wisteria in the woods,” he says. “It will grow right up over an oak tree and the oak tree dies. That little wisteria will take down a 150-foot tall tree.

How to Remove Invasive Plants

The first step is to cut away the invasive vines at about shoulder height, Butler says.

In many cases, the growth is so dense crews use mechanical shears. But the work can be delicate, too, when invasive plants are entwined with beneficial native plants that crews want to save. 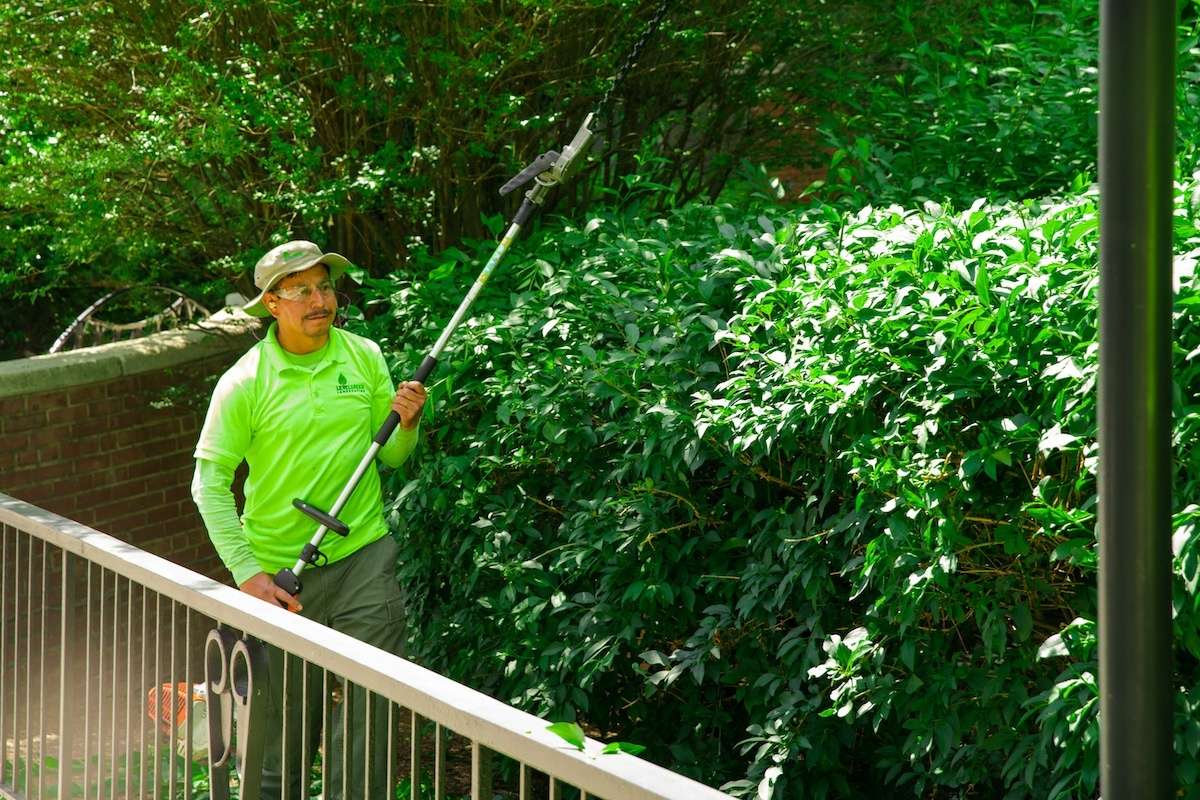 After the cutting, the bottom part of the plants are treated with herbicides. Sometimes crews mix a dye in with the herbicide so they can see exactly what’s been treated.

The cuttings are removed and often chipped.

“Generally it’s a multi-year plan,” Butler says. “You have to go back and spray for up to five years to be sure you catch anything that’s rejuvenated. You can’t just walk away and it’s taken care of.”

Each invasive plant drops hundreds, if not thousands, of seeds, Butler says. The seeds are carried away by birds and wind to reseed.

“It’s a constant battle,” he says.

A crew of four to six has been working diligently there for more than a month.

“It’s the worst kind of work for our guys,” he says. “There are ticks, mosquitoes, snakes. They go in covered with bug repellent.

“It’s been a very hot summer and a very hard summer for them,” he says.

They’ll go back in late fall to spray, then back in early spring to spray again.

It’s hard to see the reward on a day to day basis, Butler says, but there’s satisfaction down the road.

“Years down the road when we see the native plants take back over again, it will be rewarding,” he says. “We’re promoting healthy, native forest land.”

Removing Invasive Plants can Be Tricky

One of the biggest challenges is to remove the harmful invasive plants but leave the native plants they’re often wrapped tightly around. 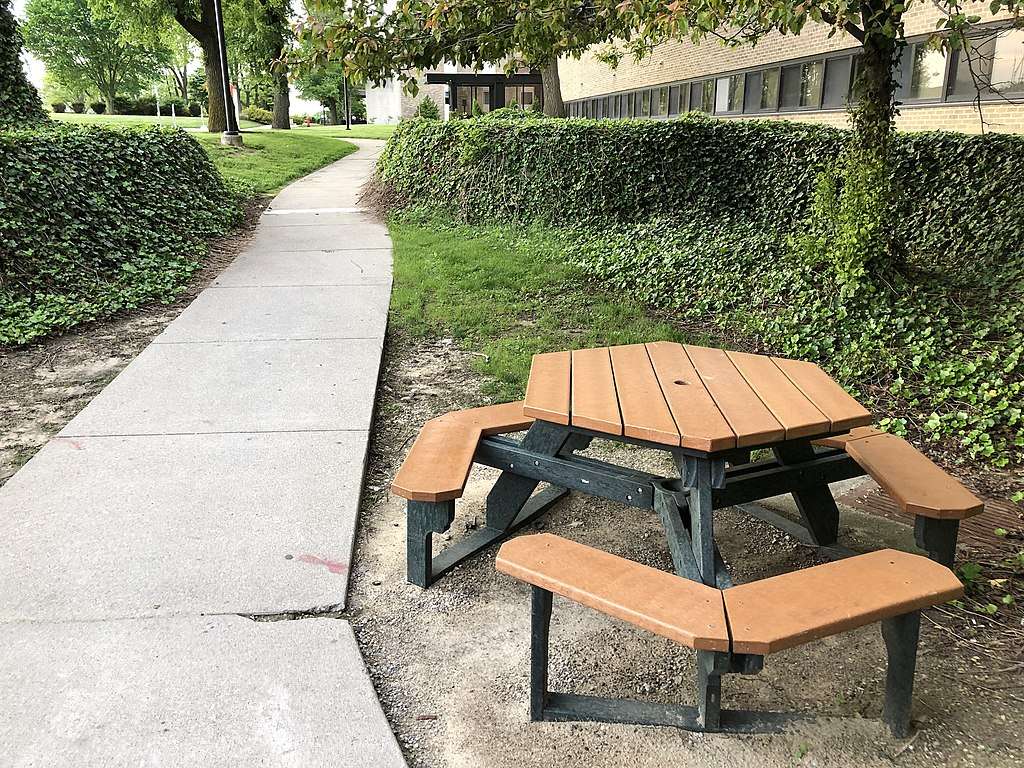 “Sometimes the invasive plants and the native plants look alike,” he says, “so plant identification is really important.”

“If you have a native holly encased in vines, you have to save the holly,” he says. “It means being careful, painstakingly pulling little vines from a plant.”

Who Needs This Service?

On a typical commercial property that has routine maintenance, weeds get regularly removed, Butler says. But some properties own borders of woods that don’t get maintained, and that's where invasive plants become a problem.

In pine and evergreen forests, little light penetrates and the thick natural mulch of pine needles keeps invasive plants from sprouting. But deciduous woods are vulnerable.

“Clients who pay for invasive plant removal know they’re losing trees,” Butler says. “They know they’ll lose their woods to invasive plants and they won’t have that border anymore.”

Here at Level Green Landscaping, we have the knowledge, skill, tools and patience required to tackle invasive plants.

And we love our native forests — we’re proud to help protect them.