If you don’t have any questions for your landscaping company about their application of turf chemicals on your property, well, you should.

Here are five questions Joey Schneider, branch manager at Level Green Landscaping, thinks you should ask before it’s time to put fertilizer or herbicide on your lawn.

He offers the answers — and a look at the efforts Level Green takes to help protect the beautiful Chesapeake Bay from harmful chemicals.

1. What Are You Actually Doing Out There? 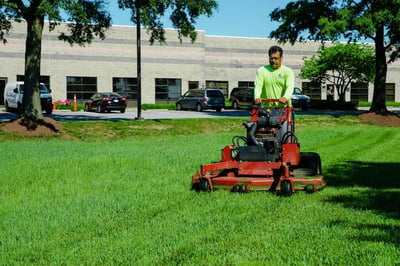 “This is the question we get the most,” Schneider says.

Turns out this whole chemical application process is pretty mysterious to people.

“During the first two applications, we’re putting down a pre-emergent for crabgrass, to keep it from growing,” he says. “We also put down fertilizer, to provide nutrients to help the grass grow.

“And we’re spraying a post-emergent to kill broadleaf weeds like dandelions and clover,” he says.

“You want as much grass — not weeds — in your lawn as possible.”

2. What Doesn’t Get Controlled?

“The chemicals used for those weedy grasses are very costly,” he says, and they’re not nearly as common as crabgrass, dandelions and clover.

“If we need to treat for that, it’s very targeted,” he says. “We routinely spray for the most common weeds that will noticeably affect your property.”

3. When Is The Best Time To Do Turf Applications?

The first application should be between March and April, Schneider says.

The second one happens between May and June.

A third round takes place in August to hit any broadleaf weeds that have popped up.

Then, a final round of fertilizer goes down in October or November to help your turf store nutrients for the winter and emerge strong and healthy in the spring.

4. Is It Safe For My Kids to Play or My Dog To Walk On the Grass After Your Visit? 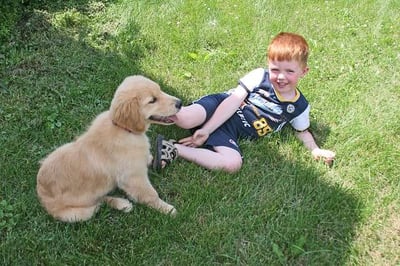 After Level Green crews apply turf chemicals, we post a yellow sign that advises everybody to stay off the grass for 48 hours, including pets that might nibble the wet grass.

“That sign can look intimidating, but actually, there’s no harm in walking on it once the liquid chemicals have dried,” Schneider says. The 48 hours is extra precautionary.

Turf chemicals are most dangerous in their concentrated form — before trained crews mix and dilute them and deliver them to a property for application. Once diluted, they pose no significant risk.

5. Are These Applications Harmful To The Environment?

Used in excess, yes. Lawn fertilizer’s two key nutrients — nitrogen and phosphorus — seep into the groundwater or join the runoff from rainstorms and wind up in the Chesapeake Bay.

The nutrients then feed massive algae blooms that prevent sunlight from reaching underwater grass beds, killing them. Then the algae dies and is consumed by bacteria that sucks oxygen from the water.

The result? Vast “dead zones” that suffocate the fish, oysters, crabs and other creatures who live in the bay.

Using fertilizer wisely (more on this in a minute) encourages healthy turf, which is good for the environment, Schneider says.

“When you have strong, healthy grass, there’s no runoff when it rains — the water isn’t just rushing into parking lots and storm drains,” he says. "It’s soaking into the soil.” 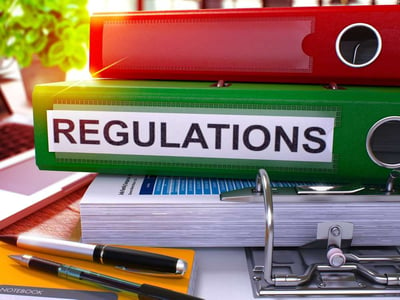 Maryland passed strict regulations several years ago governing when companies can apply fertilizer and how much they can apply, Schneider says.

Efforts to protect the bay include:

Doing The Right Thing For The Chesapeake

“This matters a lot to us,” Schneider says. “When you work in the green industry, you have to have a love of the outdoors. You want the environment to be as healthy as possible.”

He has a personal stake in the bay.

“I live two miles from the water,” he says. “I take my kids to the bay all the time. Enjoying the bay with my family and catching crabs is a huge tradition around here. I want my kids and their kids to be able to do that, too.”

Level Green’s careful use of lawn chemicals goes back to its motto.

“‘Do the right thing’ applies to everything we do,” Schneider says.

Trust Your Turf To Level Green 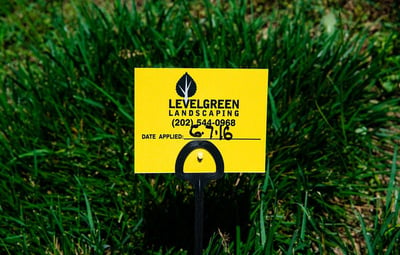 At Level Green Landscaping, we go above and beyond Maryland laws that protect the Chesapeake Bay from turf chemicals.

We hope you join us in caring for and protecting this beautiful natural resource.