When Don Gates came to Level Green Landscaping in 2012, he brought all sorts of experiences with him. 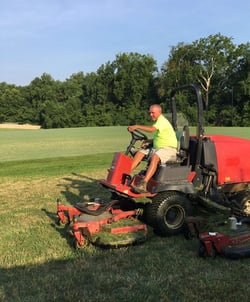 He’s worked in plumbing, handled quality control at a Chevrolet dealership and supervised 35 employees at a commuter airline company based at Dulles International Airport in Virginia.

“I know how to deal with a lot of different situations,” Don says. “And I carried all of that with me here. Working at the airport, there were people from all different cultures, who believe in a lot of different things. You need to be respectful of that.”

As a supervisor at Level Green, his people skills are just as important as his mowing skills, Don says.

“I don't tell my people to do anything that I wouldn't do myself,” he says. “I’m working right there beside them.

I ask questions first — I don't say, ‘Why did you do that?’ You need to give people a chance to explain.

“You get the job done best if you work together.” 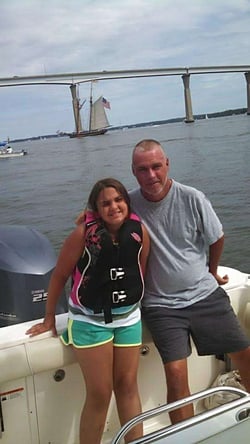 “I get a lot of satisfaction from my work,” Don says. “When I leave a job, it looks good. Level Green gives me the tools I need to make sure the work is done just right, like sharp blades that make nice stripes in the turf.”

He gets to know his crew members, as they all share stories about their personal lives. At the end of the season, he treats them to lunch.

“If they have an issue at home, they can go take care of it,” Don says. “Family comes first.”

He’s a family guy. Don cares for his mother, who lives with him, and has a close relationship with his daughter, Linda, 13. He and Linda love watching scary movies together. Check out “The Conjuring,” Don suggests. But don't plan to get much sleep afterward.

They talk a lot about Bigfoot. And as long as Don doesn't head out too early, Linda goes fishing with him.

For Don, a close second to family is fishing. He owns a 23-foot Wellcraft fishing boat and takes it out on the Patuxent River near his Maryland home. The rockfish don't stand a chance.

“I fillet them, put them in beer batter and fry ‘em up,” he says. When his girlfriend cooks, she’ll often stuff them with crab meat, he says. 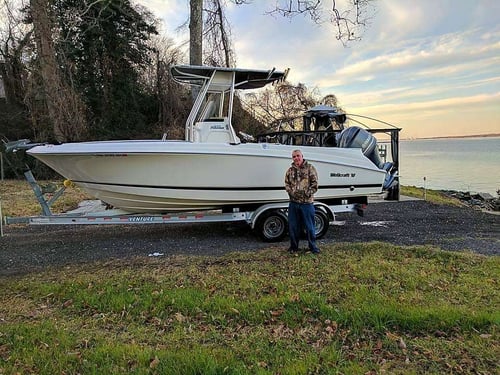 He does a lot of crabbing, too. Don and the crabs go way back, starting when he was 12.

“I was out every day crabbing,” he says. “I caught four to six bushels of crab a day.” He’d bring them to the pier and sell them to local restaurants.

“I started working hard when I was young, and never really stopped,” he says. “I like to work. But not sitting in an office. This work suits me.”

Does he bring his landscaping work home?

“Noooo,” Don says. “If I had the money, I’d have AstroTurf at my house. By the time I get home at the end of the day, I'm pretty much done with landscaping.”

But he sure has a knack for it, says Brett Hardy, Level Green account manager and Don's supervisor.

“He’s always on time and ready for work,” Hardy says. “Don is a really hard worker. He always takes the time to go over things with our newer guys. And it seems like he's always smiling.”

“As soon as I started working here, I knew it was like a big family,” he says. “That just feels good. If I ever had any problems, I could call somebody and they'd be right here.

“The company is big now,” he says. “The managers have a lot on their plates. But they still make time for you if you need anything.

“You don't want to lose that,” he says. “It’s the foundation of a good company.”

Don is just one of the dedicated team members we have here at Level Green Landscaping. And we’re always looking for hard-working, talented people to join our team.

Are you ready to work for a company where co-workers always have your back?