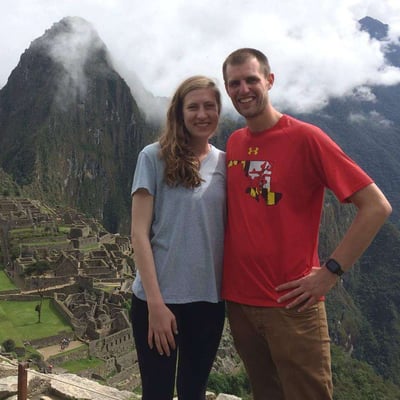 If you can’t find Marion Delano, he might be away. Really far away.

He lived in England for a year. He’s studied in Thailand and Dubai.

Why so much globe-trotting?

“The biggest thing is cultural awareness,” Marion says. “Understanding that people are different all over the world but we’re all a lot the same too.”

Understanding people is a key part of his job as a business development manager at Level Green Landscaping.

“It All Begins With Questions”

He asks a lot of questions.

“We sell to such a wide variety of customers —hotels, apartments, retail, office complexes,” Marion says.  “How each one of them measures success is different. How can we add value to their bottom line? It all starts with questions.”

He loves the idea of sales through strategy.

“We can’t go after every job in the market — we have to be smart and take a strategic approach,” he says.

“I think sales isn’t so much about the gregarious, outgoing person as it is finding solutions for the customer and creating a real partnership,” Marion says. “It’s about becoming an integral part of their business practice and helping to directly drive their bottom line.”

Preparing From The Ground Up 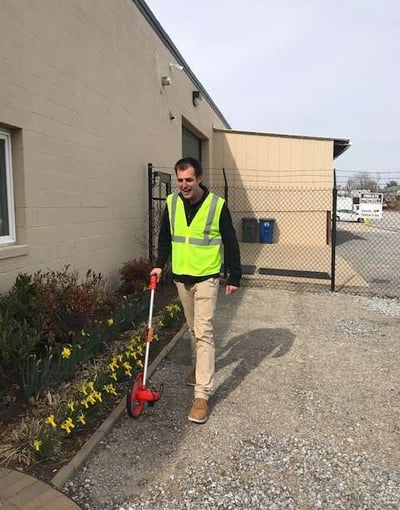 Marion started at Level Green two years ago in the management training program. He learned on the job, from sales calls and customer relations to writing proposals for enhancements and supervising crews.

“Where I am today really highlights how unique our management training program is,” Marion says.  “I’ve only been here at Level Green for two years, but I’ve been able to touch every part of the business.”

He spent three months out in the field, then worked as an operations manager before moving to his job as business development manager. Meanwhile, he’s working on his MBA part time at the University of Maryland.

“Being out in the field is not the easiest thing,” Marion says, “but it helps you better understand what an operations manager is looking for when their crews go out on a job.

“Now, when I sell a service, it’s such a great benefit to have experience doing that service at the ground level,” he says. “It’s incredibly helpful. I know the requirements a job needs and how to execute it, so I understand ways we can add more value.”

“I’m really excited to have Marion on our team,” says Larry Leon, director of business development for Level Green. “He’s very interested in learning everything he can about sales and selling. He’s like a sponge — he picks up on everything and fearlessly moves forward to integrate it to bring in new business.”

“He has a bright future in business development, if that’s what he wants to do.”

Learning From The World 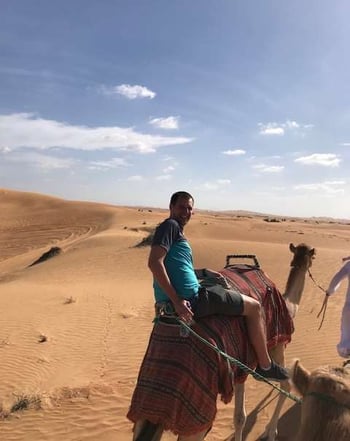 Marion loves hiking in the Shenandoah Mountains, cheering on the University of Maryland sports teams and eating Indian food.

But he thrives on world travel.

“It opens you up to new ideas, new customs, new food,” he says. “It challenges you when you go to less developed countries. It’s important to be outside your comfort zone sometimes.”

He’s been way out of his.

Two years ago he and his girlfriend, Molly, traveled to Peru to see Machu Picchu, the iconic Incan ruins high in the Andes Mountains.

“It was supposed to be a five-day hike,” he says. But he and Molly got food poisoning. Sick as dogs, they had to leave their group, hike out alone and catch a bus back to rest and recover before rejoining the group.

“We both thought we were going to die, but we came out of it OK, and stronger for it,” he says. “Now I know I can handle rough situations.”

Don’t look for him on one of those group tour buses.

“My favorite thing to do is just walk around,” he says. “Just being present, you learn so much more about the people and the culture than if you’re always hopping from one destination to another.”

Part of The Level Green Family (For Real)

Everybody talks about the sense of family at Level Green, but for Marion, it’s for real.

“I was a little worried about working here, at first,” Marion says. “I didn’t want to be labeled ‘the owner’s son.’ But that hasn’t been a problem at all. He treats me as an employee at work. We’ve created a clear delineation of personal and professional boundaries.”

Marion grew up with this place.

“I remember when it was just two trucks and Doug and Bill,” Marion says. “To be involved now in the company’s growth is really rewarding and fun.”

Marion is just one of the dedicated team members we have here at Level Green Landscaping. And we’re always looking for hard-working, talented people to join our team.

Are you ready to work for a strong, supportive company that feels like family?