Shelley Russell is a plant nerd. She'll tell you this cheerfully, even proudly.

She’s in the right place.

Shelley has been a landscape designer at Level Green Landscaping for three years, creating stunning designs for shopping centers, office buildings, churches and a host of diverse clients in the DC area.

She realized her passion for plants as a teen. Shelley had a four-week internship in high school at the famous Longwood Gardens, a stone’s throw from her hometown of West Chester, PA. She spent a month weeding, pruning, planting and hanging out with horticulturists passionate about their work.

“I was hooked,” she says happily.

She graduated from Pennsylvania State University in 2001 with a major in landscape contracting and a minor in horticulture. Then, after a decade working at other large landscape companies, she came to Level Green, intrigued by its reputation as a family-oriented company. She was pregnant with her first child when she interviewed and was hired as the company’s first landscape designer.

More goes into Shelley’s landscape designs than meets the eye. She measures the property, assesses its needs, analyzes the soil, the light conditions, the drainage. If deer are in the area, she chooses plants they won’t munch. She decides what trees and plants on the site are in good shape and worth saving. She finds out what plants the client likes, and what colors.

“It’s always something different, and I love that,” Shelley says.  “Maybe a shopping center has the same azaleas they had 30 years ago. I love to go in and freshen things up.”

If you ask what plants she loves to use, expect a lengthy conversation. Shelley loves lots of plants.

“I try to put in some evergreen, so there’s year-round interest,” she says. “I love sweetspire. It blooms in the summer with white flowers and turns a beautiful bright red in the fall.

“Echinacea are great,” she says. “They attract birds like goldfinches, and butterflies. I don’t just plunk plants in — I try to keep in mind what’s good for wildlife, too.”

“She listens,” Joey says. “She listens to what the client is asking for — even if the client doesn’t know plant names or landscaping terms — and she incorporates that into her designs.

“Shelley is easy going, she has a great sense of humor and she's always in a good mood,” Joey says. “If we need to make a change, there are never hard feelings. It’s always, ‘We can make that work’ or ‘Let’s see what else we can do.’ She’s great.”

That’s how it works in a family, Shelley says.

“Everybody here is so hard working, but we’re also like a little family,” Shelley says. “Everyone will listen to you, right up to the owners, Doug and Bill. I can always go to them with a question. It’s like a gift.” 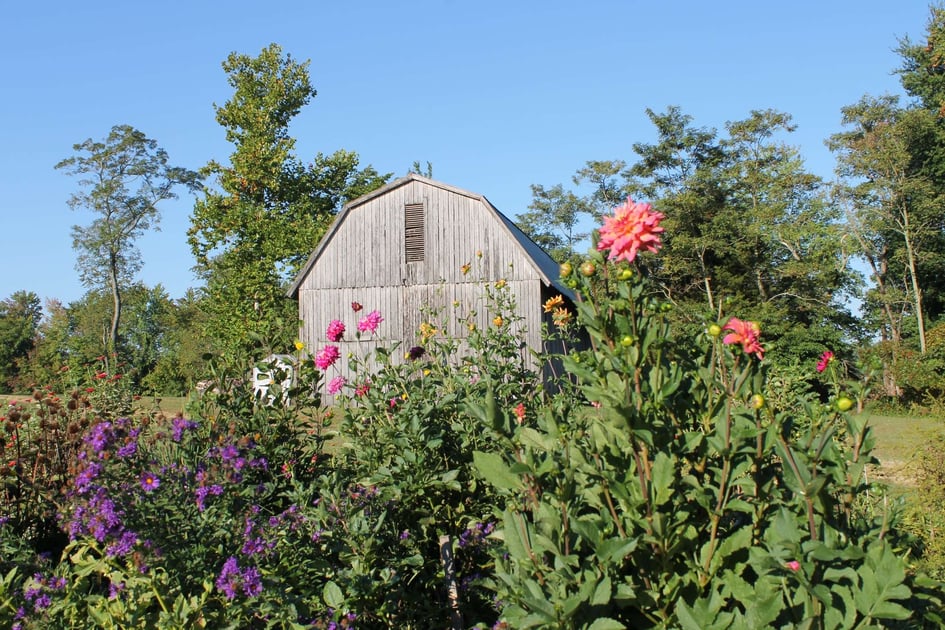 She doesn’t leave her plant love at work. Shelley’s transforming her home’s landscape with boxwoods and spirea, peonies of all hues and assorted hydrangea. She and husband Chris have two children — Emily, 2 and Jacob, eight months. They love bicycling, kayaking and going to the beach. Indoors, you’ll find Shelley poring over garden magazines or in the kitchen baking. Emily adds the sprinkles.

Shelley does most of her design work on the computer. The reward comes later.

“I love driving up to a job we’ve done and seeing what a great facelift we gave it,” Shelley says. “I love seeing the clients so happy, and knowing that because of what we've done, they’ll get more business.

Shelley is just one of the dedicated team members we have here at Level Green Landscaping. And we’re always looking for hard-working, talented people to join our team.

Are you ready to work for a company that has fun and works hard?