Strings of lights twinkle over an open-air stage. A fire pit crackles with a welcoming glow. Shoppers can duck over for a wine tasting, flanked by big, stunning planters brimming with exotic tropical plants.

The landscaping sets the tone, and that’s the way it should be, says General Manager Anthony Henry. He hired Level Green Landscaping to create an atmosphere that’s about way more than shopping.

“Investing in landscaping is top of mind for me,” Henry says. “The first thing I told them is, ‘I don’t want to look like everybody else.’”

There’s a lot of landscaping repetition in his industry, says Henry, who moved here from Southern California to take the helm at the upscale mixed-use property minutes from downtown Annapolis.

“I was met with so much acceptance,” Henry says. “I could tell they were passionate about the project.”

Whether you live there, stopped for take-out from Ziki Japanese Steakhouse or are on a Target run, there’s always more to do.

One in the center of the property features an enticing fire pit beneath strings of lights on 13-foot poles with plenty of comfortable seating.

Another area features a stage and picnic tables, home to weekly wine tastings and other fun events.

Underfoot, an innovative wax polymer crushed marble, the same material used on the walkways at the Washington Memorial in DC.

“It’s all about multi use,” says Wayne Taylor, who worked with Henry as the property’s account manager before moving to branch manager.

“People come here for events, then the shopping is right there,” Taylor says. “They want people to sit down outside near the shops. There are corn hole boards. Movie nights. People sit in chairs on the lawn and read books during the day. They really enjoy and appreciate the landscaping.

“It’s not just about shopping,” Taylor says. “It’s an experience.” 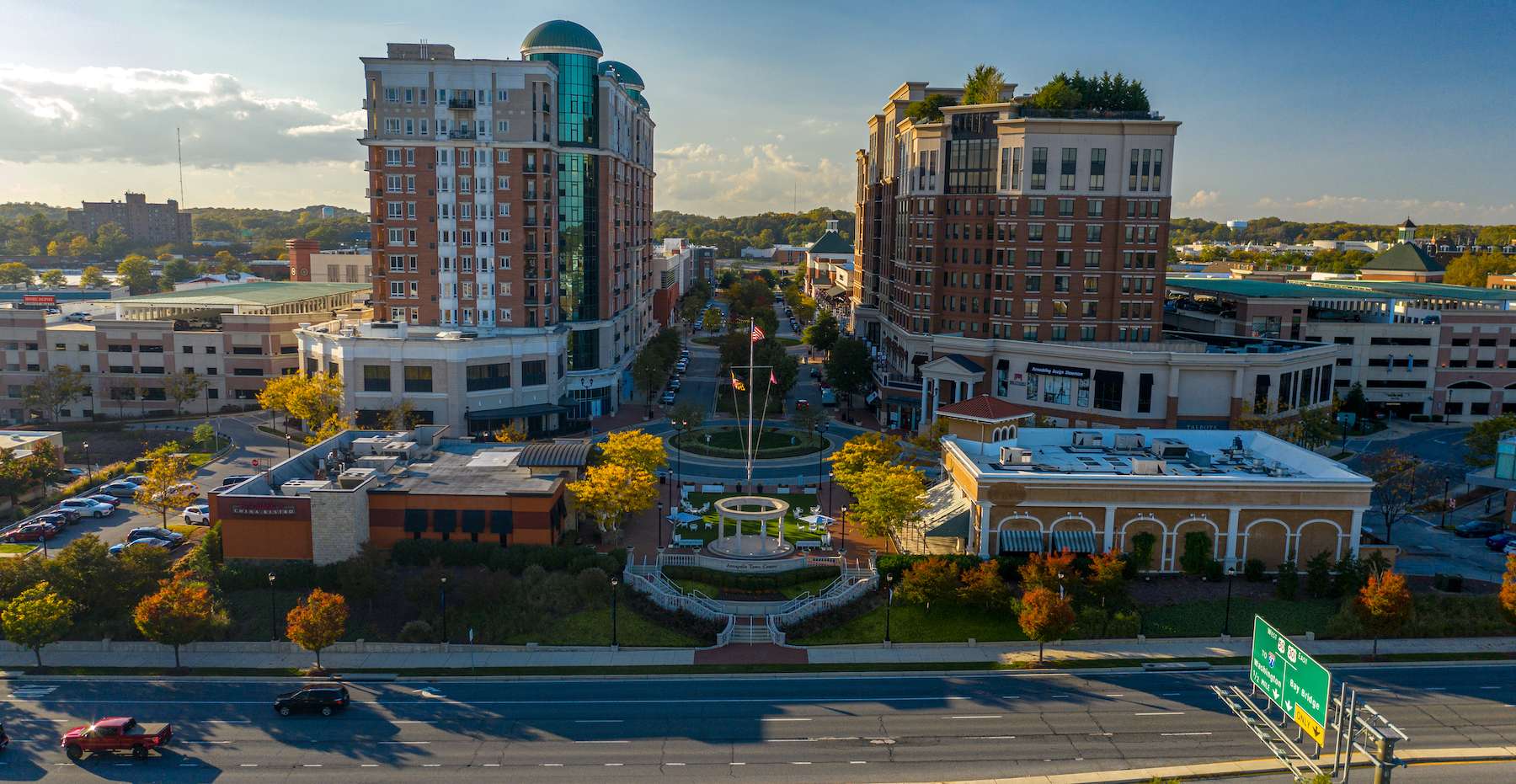 Throughout it all, bountiful planters take center stage.

Level Green designed and installed about 70 so far and Henry says he plans to add more than 100 more containers in 2021.

“I’m proud of the flower show we put on last summer,” Taylor says. “Anthony went out on a limb and gave me a blank slate for the planters. He said, ‘I need you to wow us. I need it to be awesome.‘

“It was a lot of pressure on us to find different things that not everybody else has,” Taylor says. “It was a challenge.”

“They came back with incredible arrangements,” he says.

The color show continued in fall with vivid orange and blue violas and Fire Orange mums.

All those plants need plenty of water.

While an irrigation system waters the turf and in-ground planting beds, Level Green brings the water and fertilizer for the multitude of planters, in 250-gallon tanks on small trucks that can maneuver in the tight spaces of urban properties.

The Maintenance Plan of Attack

Annapolis Town Center is a bustling place, from shoppers to diners to residents coming and going day and night.

It’s a big challenge for landscaping crews trying to keep the place looking great without annoying anybody.

“There’s a ton of traffic there, so we have to get in early,” Taylor says. “We really have to have a plan of attack.”

Staying on top of leaf removal is a big challenge in the fall, as oaks, maples, and river birches are plentiful on the property. Leaf blowers are noisy. 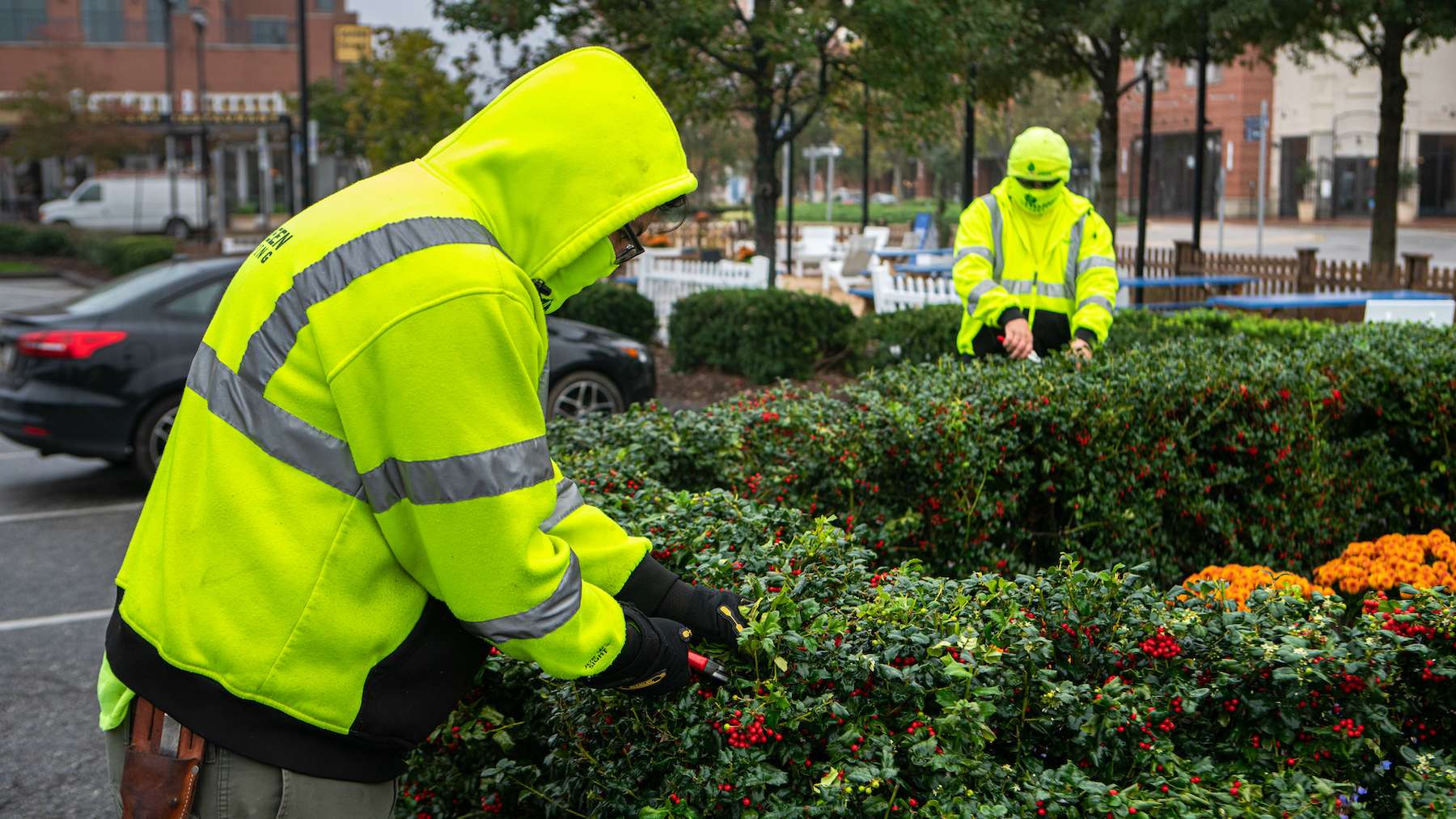 The four-person crew has to be “versatile and flexible,” Taylor says.

“Anthony often needs projects done quickly,” he says. “He’ll get a budget for something and we need to jump on it right away.”

“Trying to maintain landscaping amid all this is difficult,” he says.  “But they do it with class. They’re very organized, so their work doesn’t disrupt the guests or the residents.

“I haven’t heard a single complaint since they’ve been on the job,” Henry says. “That wasn’t the case with the last landscaping company we used.”

The four-person Level Green crew has a lot to tackle here, from aesthetics to safety.

No tree limbs hanging down to snag pedestrians. No grasses flopping over onto walkways. No loose or missing pavers.

There’s lots of trimming and pruning. And knowing when not to.

The property’s Abelia shrubs were sheared back so much by previous landscapers that they never bloomed, Taylor says.

“They have these big, beautiful flower displays,” he says, “but nobody had ever seen these flower.”

While many retail properties have scaled back on landscaping to save money since Covid-19 hit, Taylor says, Annapolis Town Center is doing the opposite. 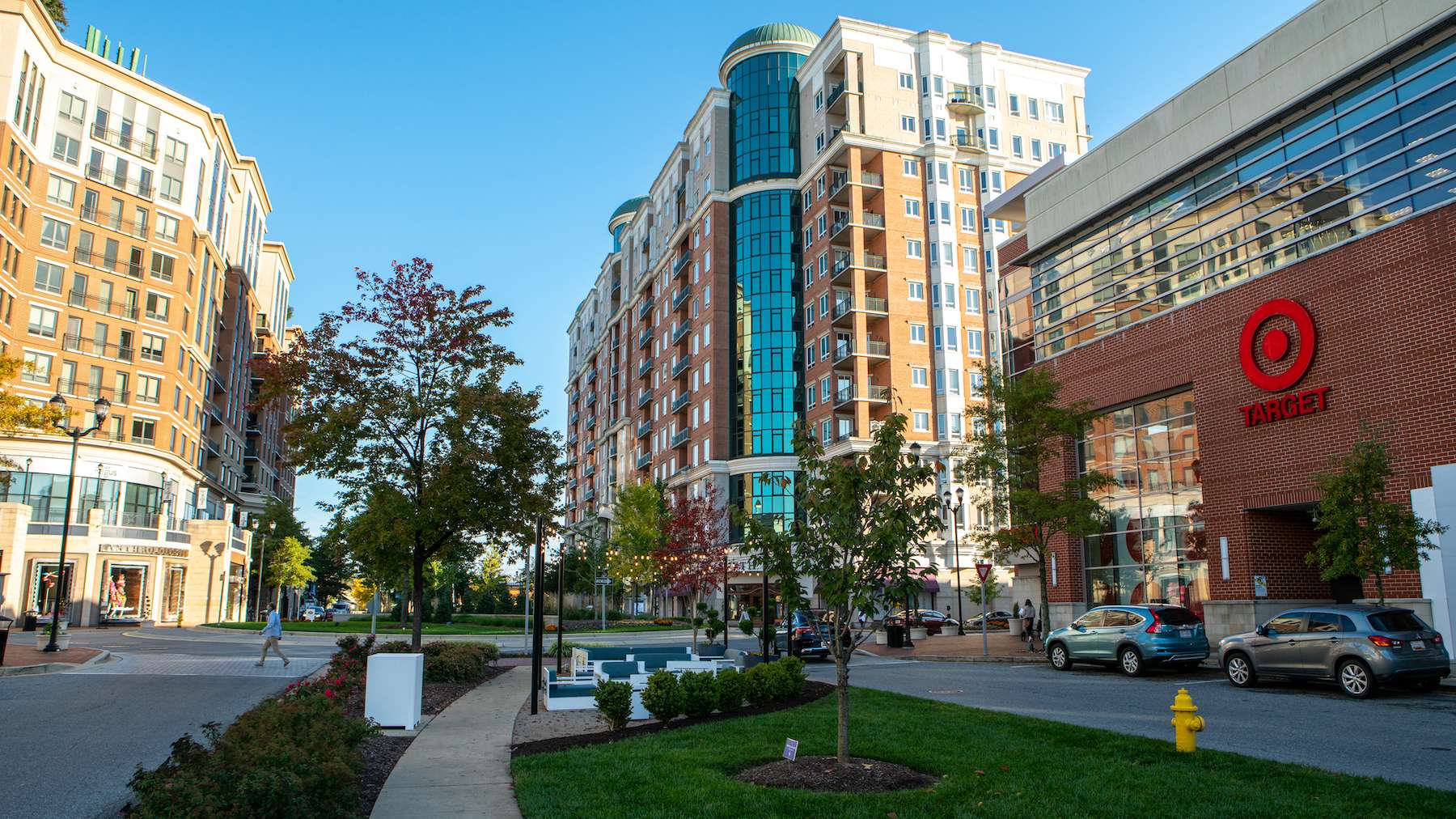 “They have a different outlook than a lot of their competitors,” he says. “Here, they want it to look beautiful and inviting to encourage people to shop.”

“I’m a crazy person,” Henry says with a laugh. “I’m constantly communicating with them, and that includes late-night emails. They’re always willing to meet with me, to go out to lunch.”

Taylor’s goal is to be on top of things before Anthony needs to email.

“We’re proactive about bringing things to his attention,” Taylor says. “If Anthony calls me, I’m there. I want to hone in on his goals for the property, so we can meet them.”

“They’re the most innovative group of people I’ve ever worked with, and I’ve worked with a lot of landscaping companies,” he says.

“People used to come here, go into a retailer or a restaurant and then leave,” Henry says. “They were here for 30 minutes. Now, they stay for an hour or two. And the longer people stay, the more they spend.”

Condo residents lounge in the green spaces on blankets with their dogs, enjoying their morning coffee amid beautiful rose bushes.

“I have emails from several condo owners saying how much they love the landscaping,” Henry says. He saved them, for pleasant repeat reading.

“Years ago, shoppers only cared about the retailers and the products,” Henry says. “Now, the product is the apparel and the accessories, but it’s also your surroundings. It’s the valet parking. It’s the landscaping. 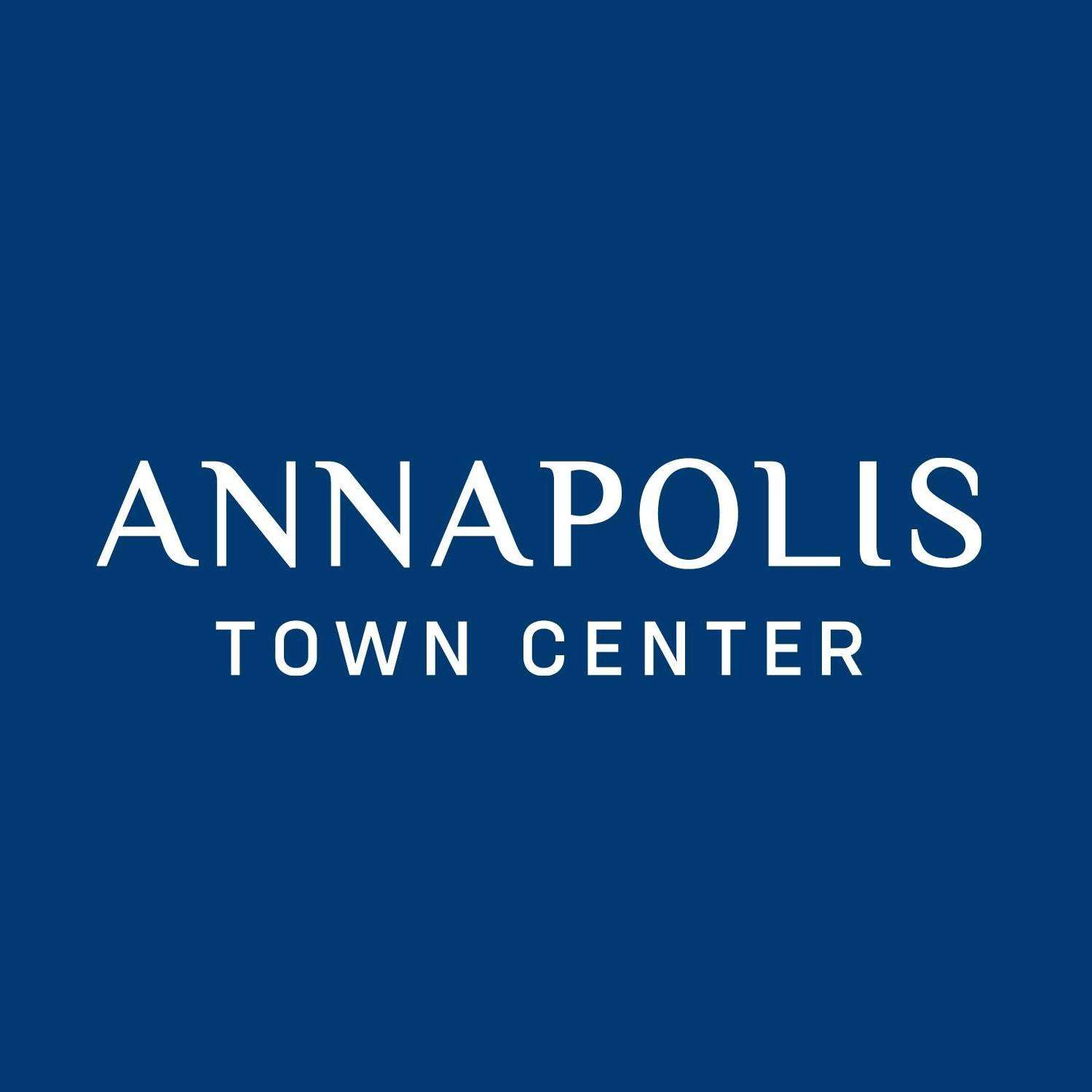 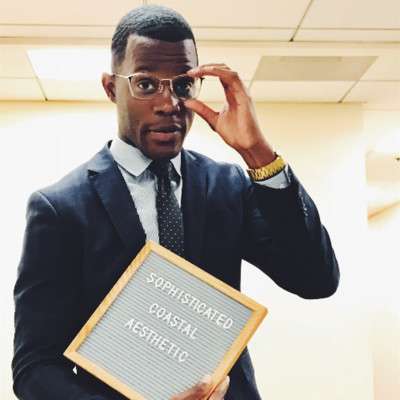 “Investing in landscaping is top of mind for me. The first thing I told them is, ‘I don’t want to look like everybody else."