Level Green is kind of known for its feasts.

Team members have long gathered at parks and beaches, or at tables in their own buildings, filling their plates with delicious food and their souls with the nourishment that comes from camaraderie and good conversation.

But the Covid pandemic brought it all to a halt -- until mid-July, when a long overdue crab feast brought managers back together for food and fun.

Level Green founders and managing partners Bill Hardy and Doug Delano put on a suppertime crab feast with tables laden with food, and it felt good. “Bill and I feel very strongly that it’s important to do these events where there’s nothing attached,” Delano says. “Just a chance to sit down together and talk and eat.”

About 40-50 Level Green managers gathered for a couple hours, happy to get together face to face after the company mask mandate was lifted on July 1, after team members had time to get the Covid-19 vaccine.

“A lot of communication is non-verbal,” Delano says. “It’s nice to see faces when you’re talking.” 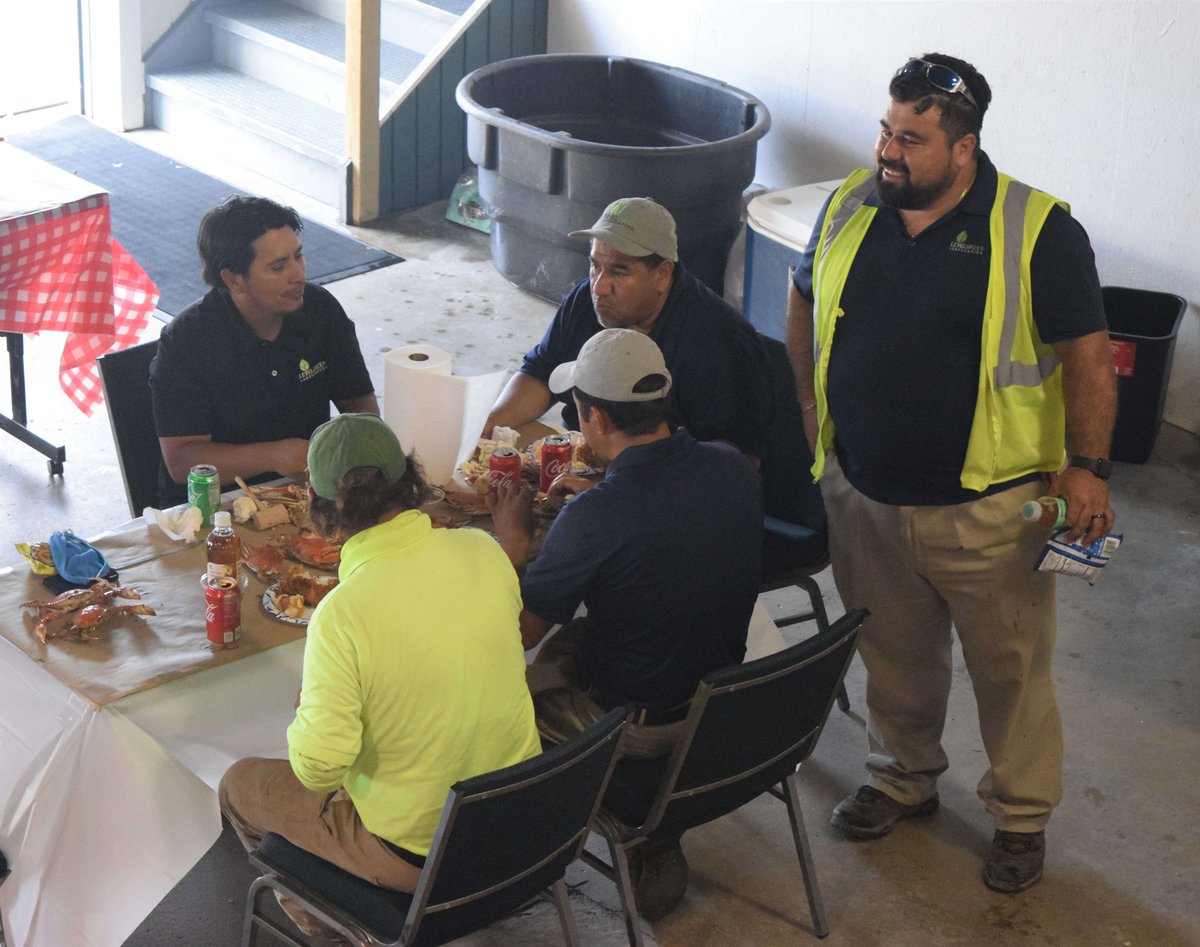 The star of the show was delicious Maryland blue crab, but since everybody knows it takes forever to fill up on crab, there was more on the menu: burgers, hot dogs, fried chicken, vegan burgers, potato salad, cole slaw, and half-smokes. (For the uninformed, a half-smoke is a local smoked sausage delicacy, usually coarsely ground half pork and half beef.) “I started cooking at 4,” Delano says, “then they started eating.”

The crab was delicious, says branch manager James Kole, but the company was even better.

“We’ve been apart for a year and a half,” Kole says. “We’ve seen each other on camera, but it was really, really nice to sit down and catch up with each other. People would sit in one spot, then move to another spot to catch up with someone else. It was great.

“And it was fun to see the big guy cooking.”

“The big guy” is looking forward to hosting more of these company celebrations, including the big annual supervisor and manager beach picnic in September, which was canceled last year during the pandemic. The bosses have hosted this summer shindig since they first started the company, often at Sandy Point State Park, along the Northwestern shore of the Chesapeake Bay. “These events are opportunities to thank people,” Delano says.

Everybody’s been through a lot.

“The virtual thing is good. It saves time, it’s convenient,” Delano says. “But at some point it’s good to get back together in person. It was good to sit down together and talk to each other.”

Come eat with us. Well, to be fair, you’ll have to work, too.

Are you ready to work for a growing, fun-loving company that really appreciates food — and its employees?