Hector Diaz learned how to work hard at an early age, growing up with seven siblings on his parents’ small farm in Guatemala.

They grew corn and beans and raised cattle, dairy cows, pigs and chickens.

“I started feeding cows when I was 7 or 8 years old, after school,” Hector says. “Ever since we were little, my father would tell us, ‘We are not rich, so I can’t give you money. But I’ll teach you to work hard, and by doing that, I know you’ll be successful in life.’”

His dad was right.

Hector will celebrate four years as an operations manager at Level Green Landscaping in March.

But he’s worked in landscaping for 20 years, including 14 years at a large national company.

He’s a good guy to have in charge.

“I make sure my crews have what they need to be successful and to be safe,” he says.

He starts every morning with a friendly talk, walking everybody through what to expect for the day.

They can expect a nice chat with Hector over lunch.

“I like eating lunch together with the guys, talking about life and stuff,” he says. “I really like that. It creates a really good relationship.”

“It Makes Me Really Happy”

Hector has added technology to his skill set, as Level Green uses more and more tech to work accurately and efficiently.

“At Level Green, they teach us a lot,” Hector says. “We’re not using paper anymore. We don’t use time sheets — we enter our time on our phones. It makes us more efficient.”

But good landscaping still means boots on the ground.

“My job is to teach and train, but I feel like being a leader also means showing them,” Hector says. “I like to get my hands dirty.”

He and his crews just finished a fall rotation of flowers, tearing out old flowers, fertilizing, putting new flowers in.

“It looks really nice,” he says. “This is why we do this every day — to see the impact of the work that we do.

“It makes me really happy, you know?”

“If I had to describe Hector in one word, it would be ‘passionate,’” says David Keffer, Level Green branch manager and Hector’s supervisor. “He’s passionate about his job, his family, his team here. He cares a lot about Level Green. Hector cares about our customers and how their property looks, but he also cares about his people on the job.”

And he passes all of that on to younger team members, he says.

“We have a lot of young account managers, and Hector’s experience and his passion help us tremendously,” Keffer says.”I can’t say enough about what he brings to our branch.”

Hector’s brother, Fredi, works at Level Green, too, and his brother Henri is a snow subcontractor.

“I love the sense of family Hector has brought,” Keffer says. “He’s a huge part of our culture here.”

Hector and his girlfriend, Mariela, have a son, Julian, who turns one at the end of November. 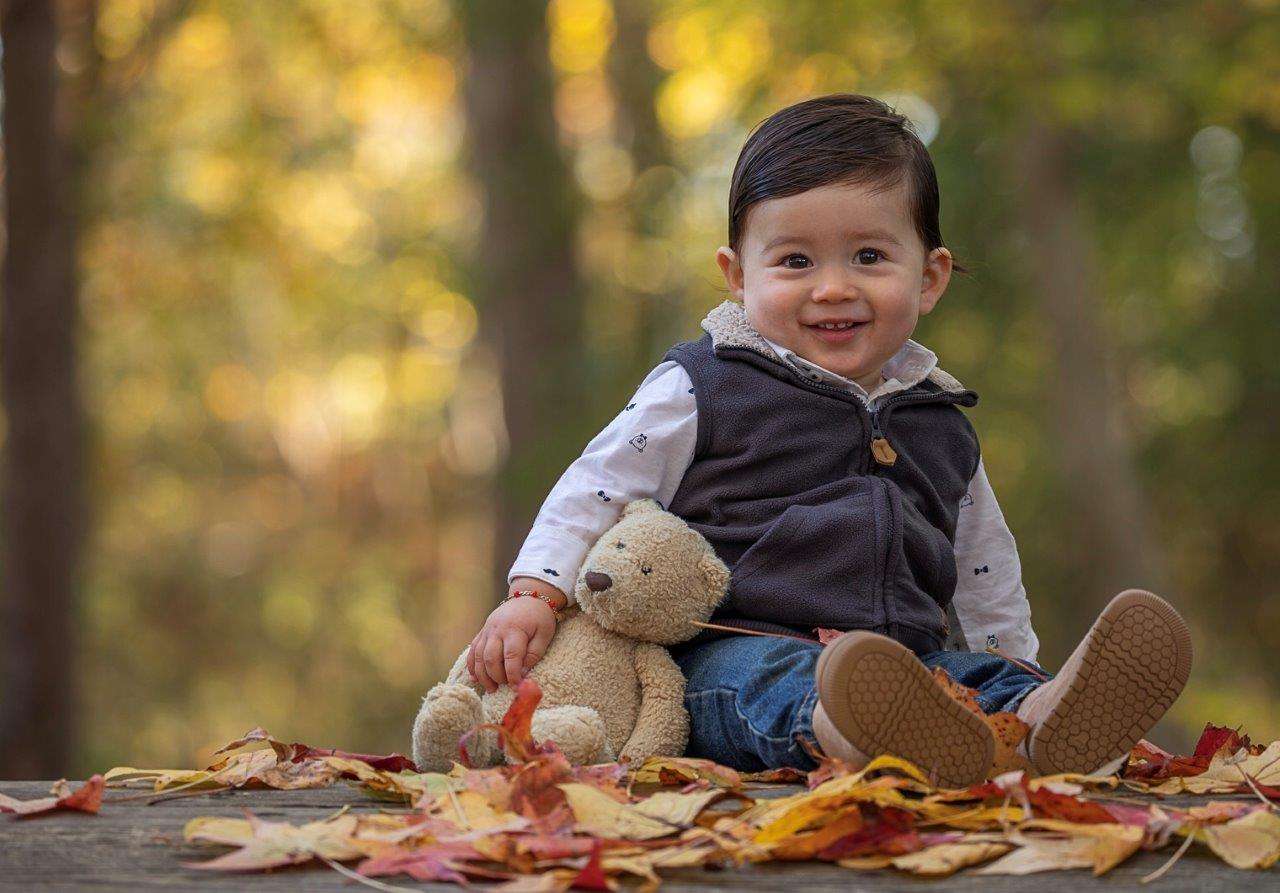 He also has a stepdaughter, Tania, 18.

Hector loves action movies and comedies, but you’re more likely to find him outside hiking. Chances are, he’ll have his camera handy. 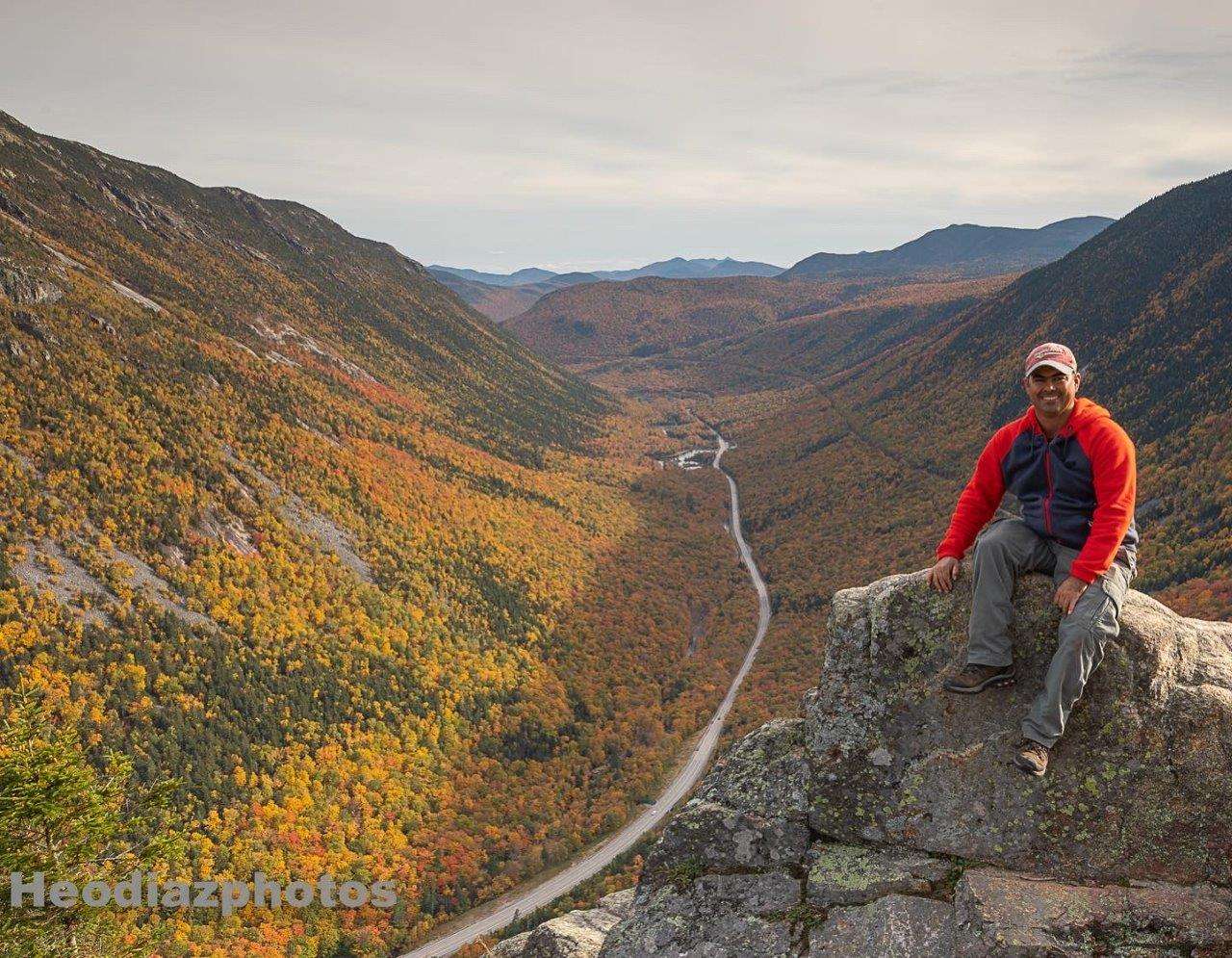 “Shenandoah National Park is my playground,” he says.

Next up: he’s looking for an organization where he can volunteer, using his landscaping skills to help the

Hector spent 10 years working with his father and brothers in his dad’s butcher shop in Guatemala.

He’s kind of a meat snob. Luckily for his coworkers, Hector shares his beef expertise. 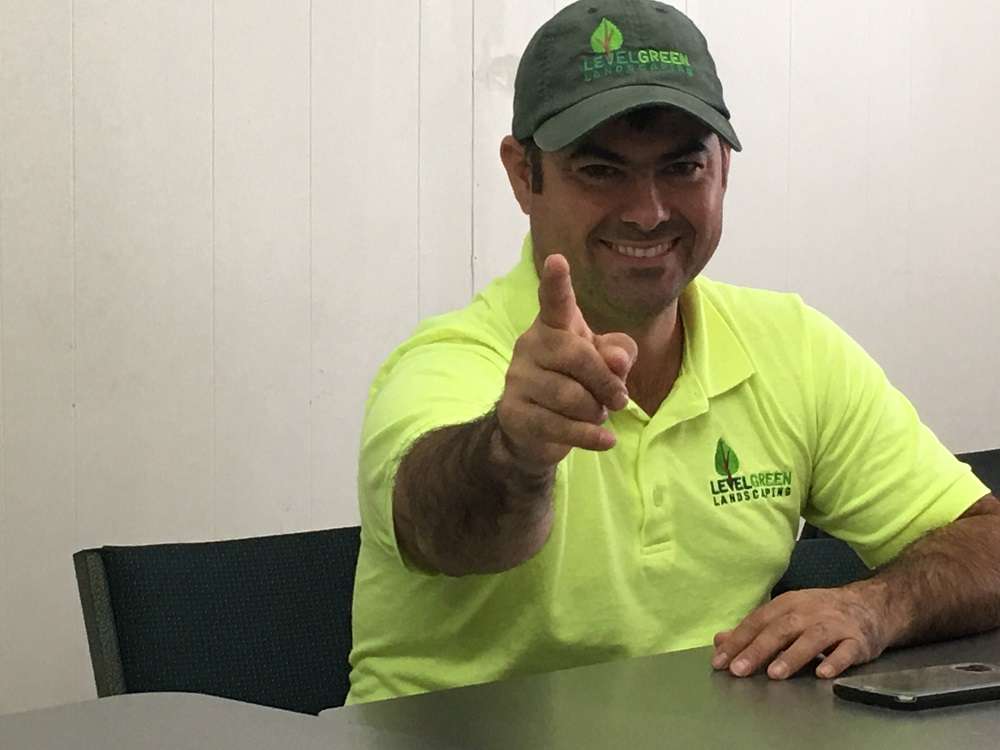 Two years ago, he cooked the meal for the Level Green Christmas party, sizzling 150 pounds of his famous marinated beef on the grill to tuck into homemade tortillas prepared by his aunts.

Another 50 pounds of seasoned chicken, rice and beans rounded out the mouth-watering meal.

Hector makes the marinade by blending together tomatoes, onions, cilantro and salt, and soaks the meat overnight.

“That gives it a good taste,” he says, “but you can still taste the meat.”

Keffer asked Hector for the recipe after that Christmas party, and was excited to make it at home.

“I tried three times, but it didn’t turn out like Hector’s,” he says. He laughs. “It wasn’t even close.”

“The guys are asking for another Christmas party like that,” Hector says.

Of course they are.

Hector didn’t have time for such a shindig last year, as son Julian was a newborn.

“We’ll see about this year,” he says with a laugh.

Hector is just one of the dedicated team members we have here at Level Green Landscaping. And we’re always looking for hard-working, talented people to join our team.

Are you ready to work for a growing, successful company where Hector’s delectable marinated beef might be on the menu?