The District of Columbia Courts complex isn’t any old property.

Originally designed in 1820 to serve as the first City Hall, the historic DC Courthouse is a National Historic Landmark and one of the oldest public buildings in the District of Columbia.

The high-traffic courts complex at 500 Indiana Avenue NW is in a prime sight-seeing area, attracting hordes of visitors.

That means the whole neighborhood has to look impressive. 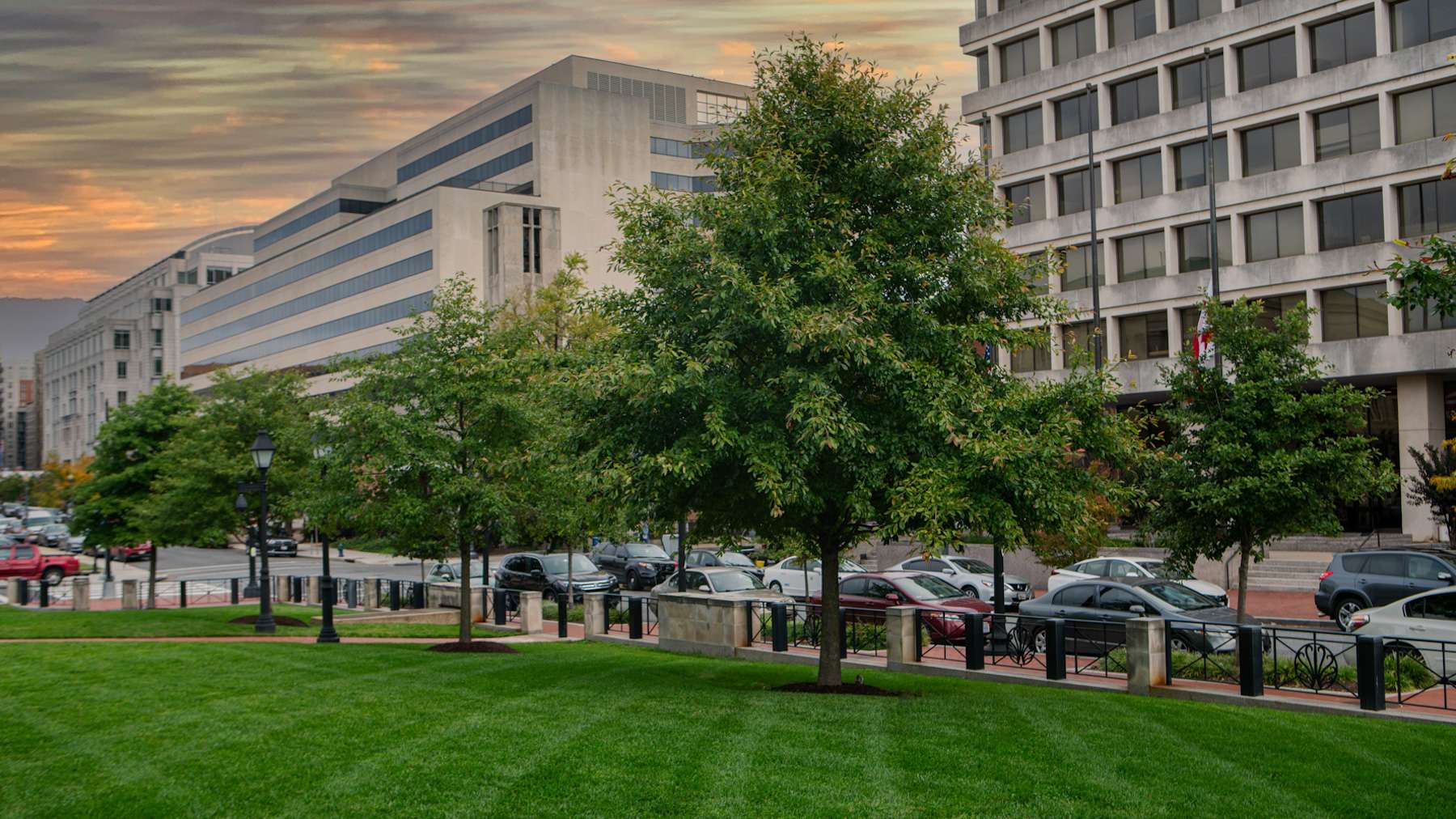 “Among all the properties in the area, well, it’s not really a competition, but honestly, it is,” Fuller says. “If you look across the street and see they stepped things up, that’s a nudge for you to do something a little different.”

Level Green has done the landscaping here for 14 years. Here’s how they keep the DC Courts ahead of the competition.

Outdated Landscaping Gets the Boot

The Courts complex includes five buildings in all, surrounded by strips of lawn and separated by expansive courtyards open to the public.

When buildings have been around as long as the DC Courts, landscaping needs occasional updating. It got a big renovation in 2020.

The Courts complex had a lot of evergreen hedges and evergreen ground covers, Fuller says.

New plantings include a more modern mix of shrubs, perennials, and ornamental grasses.

Ninebark is a standout shrub here, with colorful foliage and clusters of pink flowers in summer that butterflies love. Decorative red seed heads show up in fall. Once the leaves have dropped, its exfoliating bark steals the show, peeling away in layers and adding winter texture and interest.

“It’s small enough so it doesn’t make a mess, but still gives you that wow look of ornamental grass,” Fuller says. “It’s easy to blend other plants with it.”

The landscaping re-do included “tons of perennials,“ Fuller says, “which they didn’t have before.”

Hostas, coneflower, and rudbeckia add color and texture, and come back dependably year after year, a budget bonus.

“The goal is to have something blooming in every season,” Fuller says. Trees add to the color show, too, including those flowering cherry trees DC is famous for, as well as a slew of pretty crape myrtles, which add showy summer blooms and colorful fall foliage.

“Space in the city is constantly an issue,” Fuller says. “That’s why color is so important. Most of the landscape is concrete.”

Fuller knows firsthand how crucial color is on a property like this one. He’s done some detective work.

“I sit on a bench or on the steps and just observe how people react to the landscaping,” he says. “Most people never look up. They’re distracted by their phones or what’s straight ahead of them.

“What catches their eye is pops of color,” he says. “Colorful annuals, perennials, butterflies bouncing through the flowers.”

So he makes eye-catching bursts of color a high priority, ordering 1,800 annuals for the spring and fall installations.

Beds at building entrances and at their four corners are packed with bright begonias and coleus in the summer and a mix of red, white, and yellow pansies in the fall, along with a multitude of autumn mums.

The red and white is a tribute to the city’s official colors, Fuller says, and yellow helps it all pop.

“This year I did red, white, and blue instead,” he says. “I thought the country needed some unity.”

Colorful annuals star in creative planters on the property, too, including 14 impressive pots at the Court of Appeals.

“The importance of the landscaping here is huge,” says Terrell Thomas, facilities technician at DC Courts.

“When you walk up to our main building in the spring and see all the pretty color, it’s so welcoming,” Thomas says. “The outside lets you know what to expect on the inside. People who come here to tour the buildings are impressed even before they walk through the doors.”

“Level Green does such a great job choosing the plants for all the pots,” he says. “Sometimes you don’t even think you’re in DC. It feels like Florida.”

“We want the public to come enjoy these spaces,” Thomas says. “People relax and eat their lunch here. It’s important to the whole community that this place looks nice.”

“DC courts have always been known for their manicured landscaping,” Fuller says.

“Our grass is second to none,” Thomas says. “It’s like a football field. Some people don’t even think it’s real.” 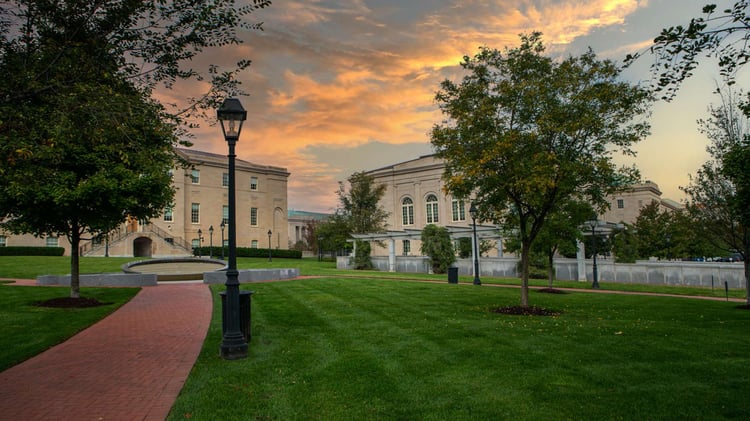 Meeting a Multitude of Challenges

High-traffic urban properties like the DC Courts can sometimes take a beating.


After the Court of Appeals had a large roof project installed, Level Green crews swooped in to tackle some landscaping damage caused during construction.

Partnering with a full-service landscaping company saves Thomas the hassle of hiring multiple vendors to tackle all the tasks.

“We can put a call in and they respond so quickly to get things done and meet our expectations,” Thomas says. “They’re phenomenal.”

“We’re always bragging about our landscaping to the facility managers of the buildings around us,” Thomas says. “The Military Court of Appeals is adjacent to us. They came over and said, ‘Who does your landscaping?’ That happens a lot.”

“Level Green Gets it Done”

“Terrell and I are like homeboys at this point,” Fuller says. “I couldn’t ask for a better relationship. If he calls, texts, or emails, I know that’s something I have to take a look at right away.

“After all these years working together, we know them, and they know us,” Fuller says. “They can depend on us. Our relationship has grown since Level Green just had a few trucks on the road. They’ve helped us grow. We’ve helped them improve upon the respect and standing they have in the community. It’s a mutual relationship.”

The Courts contract with Level Green includes an in-person meeting once a month to review any needs or issues, Thomas says. 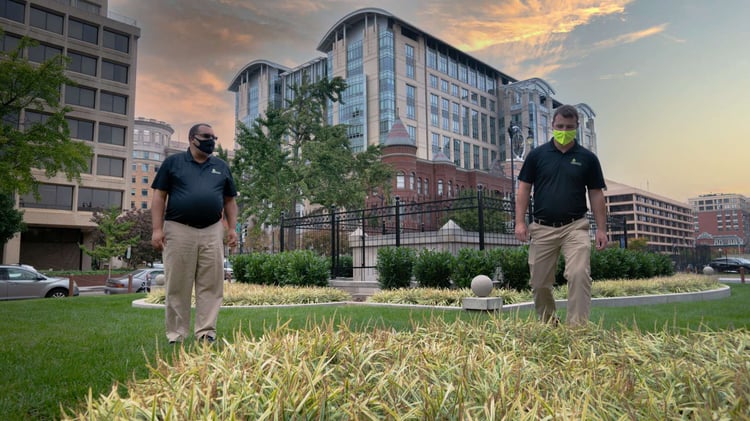 “But we never get to the point where we need that meeting,” Thomas says. “Anthony is always a few steps ahead of us. It’s like he knows exactly what we’re thinking.

“It makes my job so much easier,” he says. “I don’t have to monitor them at all. Level Green gets it done.

“We get the presidential treatment,“ Thomas says, “and we like that.” 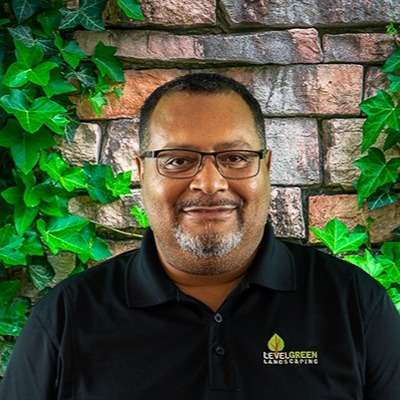 "They’ve helped us grow. We’ve helped them improve upon the respect and standing they have in the community. It’s a mutual relationship.”