Ashley Owens has kept in touch with the same potential landscaping client for eight years.

Year after year, he’s still happy with his current landscaping company. But one day, he might not be.

“It hasn’t turned into an opportunity yet, but the day his contractor slips up and makes him angry— I’ll be the one he calls,” says Ashley, business development manager with Level Green Landscaping.

“I just need a little crack in the door.”

She Knows Her Stuff 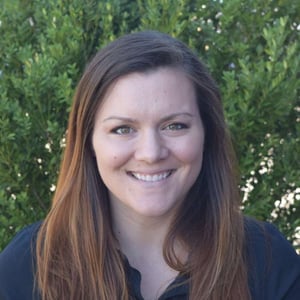 After earning her degree in landscape management from the University of Maryland, Ashley worked as assistant horticulturalist at a golf course. She planted flowers, pruned, built retaining walls and operated a gigantic riding mower 10 feet across.

She knew getting her hands dirty would help her later when she went into sales.

“I didn’t want to try to sell a product unless I really knew about it,” she says.

She went on to work for eight years at Ruppert Landscape, five as business development manager and three as an account manager. Then she worked a three-month stint in residential landscaping before Level Green's David Keffer, who worked with Ashley at Ruppert,  convinced her to join the team.

“She Does Not Quit”

"I knew she'd be perfect,” says Keffer, branch manager at Level Green. "Sales, to her, isn't ‘Sell this, sell that and be done with it.’ She really gets to know her clients and their needs. That long-term approach is so important.”

Ashley knows what a job takes, he says, because she’s been there.

"She ran crews, she worked in the field, she knows how many hours it takes to do a job," he says. "There are no surprises for me or for the production managers — she's already worked out the challenges.”

She doesn’t consider “No” the end of the conversation, Keffer says.

“Ashley is tenacious," he says. "She does not quit. She knows that if we don’t win a job, chances are we’ll win it down the road."

Expect To Learn Something

Ashley will tell you about the proper height to mow, the best way to edge, mulch and prune. Need a new tree? You’ll know everything about it.

“I’m a plant nerd,” she says. “I get really excited about plants, trees and flowers. As I share my excitement about plants with clients, they get excited, too, and I build the level of trust.

“If I buy a TV and they tell me all about why one TV is better than another, instead of just ‘This one’s on sale,’ I automatically trust that person more,” she says.

“I’m not just trying to get their money and run.”

Digging In To The Details

Then she’ll walk you through it, face to face.

“I don’t want customers to just open it to page four, look at the price and say, ‘Nope, that’s too expensive,’“ she says. “Our pricing is very competitive, but you get a lot more value from Level Green than with other companies. I want customers to realize that.”

You won’t see “pruning as needed” in Ashley’s proposals.

“We specify an exact number of times, depending on the customer’s plant materials,” she says. “We’re very detailed. It’s not rocket science, but it is science.”

“Sometimes the most important thing is to be a good listener,” Ashley says. “I let customers vent their frustrations about their current landscaper, so they can get it off their chest.”

Then she works to solve their problems.

“I love the looks on their faces,” she says, “when they realize how good their property can look.”

She drives around to see whose mulch hasn’t been touched up, who needs leaf removal — who needs a better landscaping company.

Ashley keeps a list of “feather in your cap” clients, inviting them to lunch for a pitch.

“My dad has been in sales his whole career, and he warned me that I’ll hear ‘no’ a lot,” she says. “I used to

take it really personally. Now, I use it as fuel.” 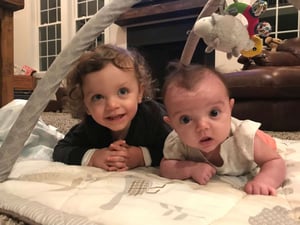 Ashley and her husband, Dustyn, have been married 12 years. They have two kids, son Meritt, 2 and daughter Liberty, 6 months.

If she weren’t in landscaping, she says, she might have a culinary career.

She makes killer homemade ramen, making the noodles herself and simmering roasted pork to make flavorful broth. If you’re lucky, you might get a side of pot stickers.

She and Dustyn own a small cabin on a 100-acre family farm where they’ll go four wheeling and teach the kids to fish.

“We’ll spend more time there when there isn’t so much baby equipment to lug around,” Ashley says.

She has a chicken coop where she’ll soon raise some chicks.

She loves her vegetable garden — and so do the deer.

If she’s not simmering something in the kitchen or out in the garden, you might find Ashley at a Washington Capitals hockey game.

She and Dustyn are super fans.

“I Don't Want To Let Down The Team”

“I’m really proud of the people I work with and the work that we do, more than at any other time in my career,” Ashley says.

“A good day is knowing that when I bring in work, I’m helping people get jobs, creating opportunities for promotion, creating a bigger name for Level Green,” she says.

“I’m picky in the work I go after,” she says. “I want the guys to be proud of what they do and get excited about it. I don’t want to let down the team.”

Ashley is just one of the dedicated team members we have here at Level Green Landscaping. And we’re always looking for hard-working, talented people to join our team.

Are you ready to work for a strong, growing company with passionate co-workers who look out for the team?