Bill Hardy swims with sharks and shoots off an astonishingly large display of exploding fireworks every Fourth of July.

So when his friend and former colleague Doug Delano asked if he wanted to go into business together, honestly, it didn’t seem too scary. 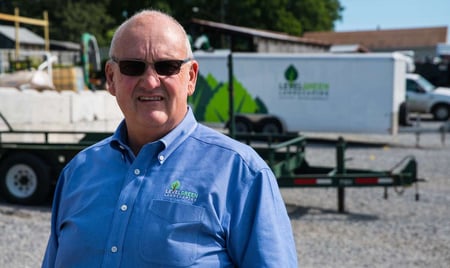 Plus, they were at Red Lobster at the time. Those cheddar biscuits have a way of making everything seem just fine.

“I call it the day Doug proposed to me,” Bill recalls cheerfully. “A business partnership is a lot like a marriage. It has to be based on trust. You’re not always going to agree on everything, but you still have to figure out how to solve issues.”

“I accepted his proposal pretty quick.”


Bill was an engineering major at the University of Maryland, but quit after three years. It just didn’t feel right. Better get a job then, his dad told him.

So he applied at Ruppert Landscape. He was hired as assistant supervisor and three weeks later was promoted to supervisor. Then on to account manager, then branch manager.

That’s where he met Doug Delano. They learned a lot together there.

“They were solid contractors, but they also pushed us to be good businessmen,” Bill says. “We saw how a successful company was run.” 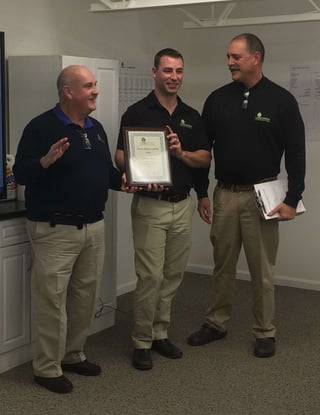 But when Ruppert was bought by a large national company, Bill felt it was all about making money. It didn’t feel good anymore.

Doug soon left the company, but the friends stayed in touch. Then, Red Lobster.

“He bounced his business plan off me and said, ‘What if we do this together?’” Bill recalls.

“From the very beginning, we both had a strong desire to do the right thing,” Bill says. “Not just to make money, but to really do a good job.”

At the core, he says, it’s about treating people well.

“We treat our vendors and our clients the way we want them to treat us,” Bill says. “Of course, we have to be profitable to keep people employed. If we go out of business, everybody loses.”

He works hard to ensure that doesn’t happen.

“We’re always looking down the road, figuring out what’s best not just for today, but for tomorrow,” he says. “We always have a five-year plan for growth.”

Success, he says, means everything from keeping trucks looking clean and professional to making sure account managers have clear, consistent communication with clients.

“We look at our work with customers as a partnership,” Bill says. “Like any relationship, if you have great communication, you’ll have a great relationship.”


Bill still loves driving to job sites, talking with crew members, checking on clients. Some longtime clients still call him, just like they did in the early years.

He’s fine with that.

"You can drop Bill in front of anybody and he can have a conversation,” says Level Green office manager Lynn Garris, who has worked with Bill since the beginning. “He loves sharing his stories, drawing everybody in.

“He can also carve a mean turkey,” she adds. “I've had Thanksgiving with him. He loves to open up his home.”

A Foundation Based On Family

The people who work at Level Green love telling how work is like a family. That comes from the top.

“We didn’t want a company where you were just a number, where you barely knew anybody,” Bill says.

“Family is important to me.” 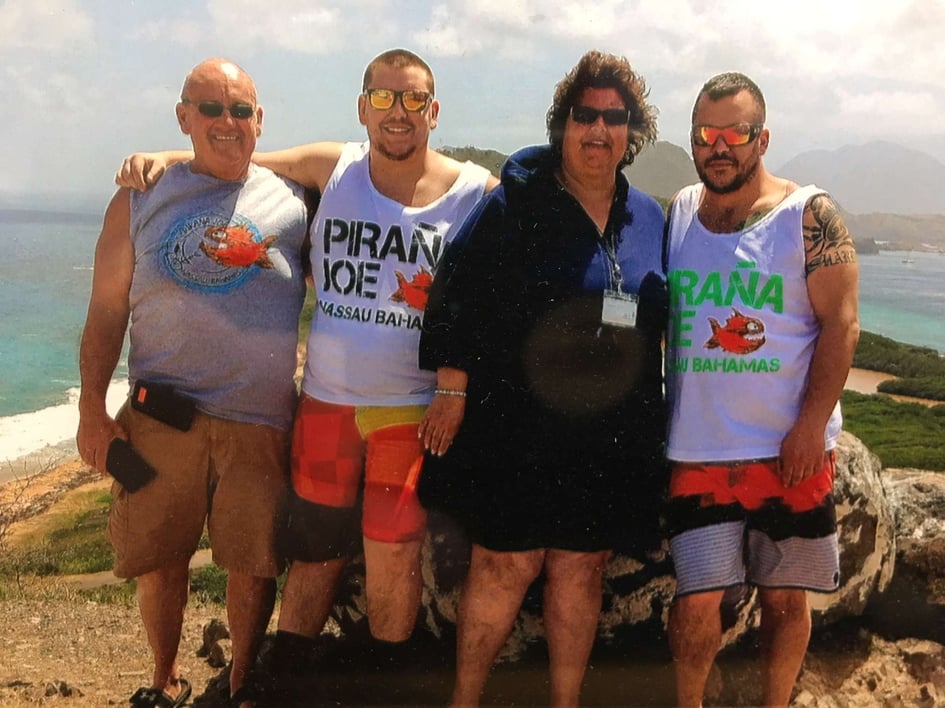 He has four younger sisters. His grandmother lived to be 98 and insisted on big Hardy family gatherings twice a year. Christmas was always at his house.

Hardy and his wife, Cheryl, have been married 28 years. 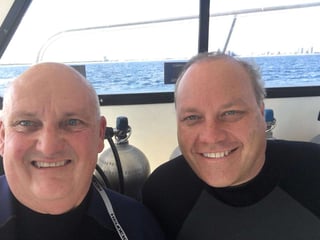 Their son Brett, 31, is an account manager at Level Green. Tyler, 26, is a firefighter. The two grown boys still love vacationing with their mom and dad.

They recently traveled to Fort Lauderdale to scuba dive, swimming among sharks and sea turtles. Bill loves to go on shark dives, swimming with the fierce creatures while they’re kept busy munching fish.

“They bump into you as they’re feeding,” he says. “It’s pretty intense. Your heart rate rises pretty fast.”

Bring on any water sports, from skiing to wake boarding. He’s an avid boater, and owns a 29-foot Sea Ray.

Explosions are cool, too.

“I'm big into the fourth of July,” Bill says. “That’s my holiday.” He puts on a huge annual fireworks display, even building barges so he can set them off from the middle of Almshouse Creek, off the South River. Close to 3,000 people gather to watch them.

“It’s almost out of control,” he admits.

The extravaganza happens at his dad's house on the creek. But Hardy lives just a block away. He built a new house near his 88-year-old dad. 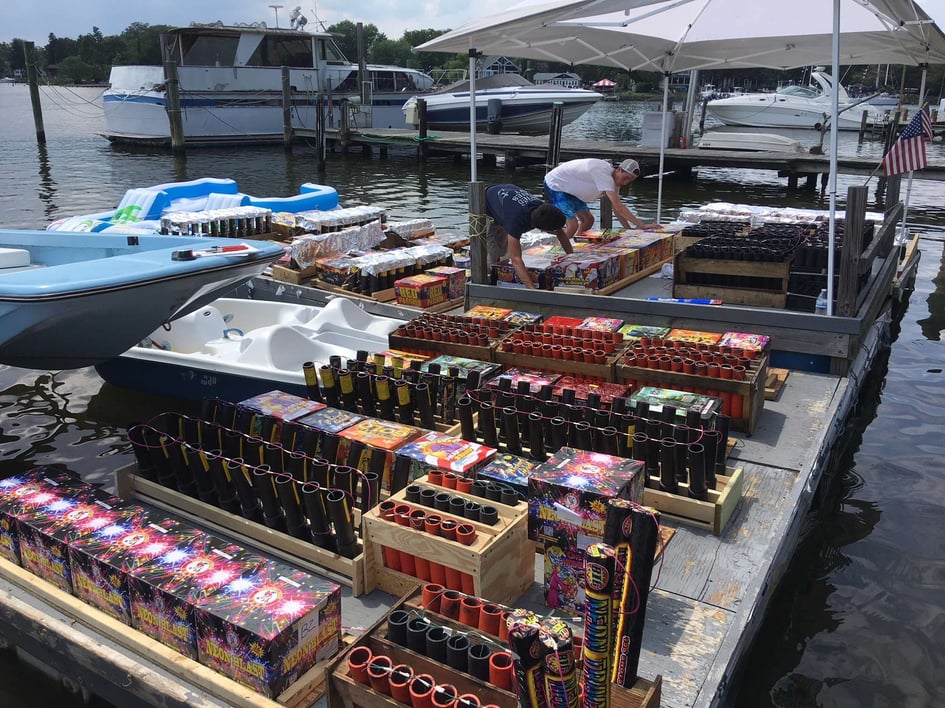 “I wanted to be closer to him. And closer to my boat,” he quips.

Bill’s a natural leader, from his childhood involvement in Boy Scouts to his landscaping work to his commitment to the community.

He’s president of the Lothian, Maryland chapter of Ruritan National, a civic service organization. Bill’s also on the board of directors of the Foundation for Applied Construction Technology for Students, also known as FACTS. When high school students in the Prince George County Public Schools build a house each year, the FACTS board buys and sells the house, with proceeds going to fund the next year’s house, as well as for student scholarships for trade school.

It rounds out a pretty happy life.

“I feel so fortunate,” Bill says. “So many people hate their job. I honestly love what I do. We’re successful, and there’s a good feeling that comes with seeing people grow.

“People ask me how I like being an owner instead of working for somebody else,” he says. “Before this, I was basically a firefighter, putting out fires for clients who were ready to quit. It was all about the numbers side of things.

“Now I can have lunch with a client and 10 percent of the time we’re talking about business,” he says. “Ninety percent of the conversation is about other things. Not problems.

Bill’s at the top of the heap, but just one of the dedicated team members we have here at Level Green Landscaping. And we’re always looking for hard-working, talented people to join our team.

Are you ready to work for a company where doing the right thing matters?