James Kole has been trying to take charge of landscaping projects since before he could read.

At age 4 or 5, he was visiting his grandmother as she rototilled her garden.

“I thought I was big enough to handle the rototiller myself, and the handle hit me, right under my eye,” he says.

It left a small scar under his left eye. But it didn’t dampen his enthusiasm.

James kept on gardening — all the way to his branch manager position at Level Green Landscaping. And a golden shovel. More about that later. 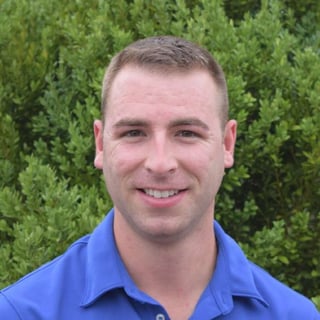 James’ grandmother, Barbara Appleton, let young James rearrange her flower beds any way he wanted, so even at age 8 and 9 he was dividing perennials, moving plants around and experimenting with different color and texture combinations.

And he learned early on people pay for this stuff.

“My grandma was a housekeeper and would take me to some of her jobs, where they paid me to pull weeds,” he recalls.

His grandmother will be selling her sprawling Pennsylvania property soon, and James plans to dig up her 3,000 daffodils and move them to his yard in Laurel, Md. He’s sentimental that way.

“I still have permission to dig up her yard,” he says with a laugh.

A summer camp at Pennsylvania State University hooked James on horticulture early on. He majored in landscape contracting there and minored in horticulture.

When he met Bill Hardy, co-owner of Level Green Landscaping, at a career fair, Hardy invited him to come visit.

It was 40 degrees and raining on the day of his visit, as Hardy drove him around to watch soggy crews doing leaf removal.

“I found out later people thought I’d never come back,” James says with a laugh.

But James sensed something at Level Green that outshined the rain.

“Bill and Doug were the only landscaping company owners willing to give me more than 15 minutes of their time,” he say. “At the other places I interviewed, I was just another student looking for a job. At Level Green, I had an eight-hour interview. They told me about their future growth and what that would mean for my future. They made me feel welcome.”

“I was going to move hours from home to a place where I had no family or friends,” he says. “I felt like I’d be part of a family here.”

Keeping Everybody On Task 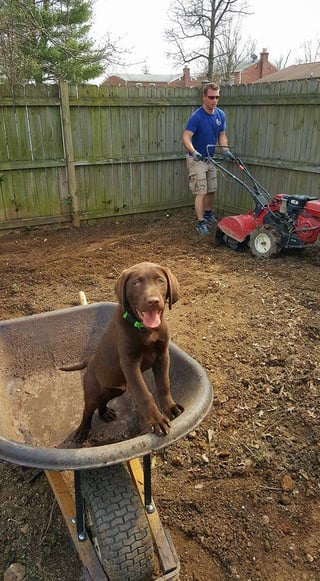 James started at Level Green six years ago, hired as a supervisor. He added estimating to his job as an assistant to Delano, moved up to account manager then branch manager.

“As account manager, I loved that I could meet clients’ needs, solve their problems,” James says. “I don’t get that feeling as directly anymore, but I keep things running smoothly so other people can deliver that satisfaction.”

He greets the crews each morning as they leave the yard to head out to their job sites, “so they know they’re not out there alone,” he says.

There are lots of internal meetings to keep communication running smoothly, lots of emails to send and read.

“My job is to make sure everybody else stays on task,” he says.

“You Can Trust Him To Get Things Done”

“When I first met James, I knew right away he was very smart, he really listened, and he really had the capability to grow,” says Paul Wisniewski, Level Green division manager and James’ supervisor.

His instincts were right. It wasn’t long before Wisniewski promoted James from account manager to branch manager.

“He’s always taken initiative — you can trust him to get things done,” Wisniewski says. “He has a great rapport with his colleagues, too. People feel safe coming to James and talking to him. That helps make him a great leader.”

James and his husband, Joshua Kole, have been married for four years and together for six. He grew up as James Wyble, but when they married they created a new last name they share.

And they created a plant paradise at home, with 400 tulips, a side yard border of exotic elephant ear plants and a dozen planters brimming with intriguing combinations of tropicals and unusual annuals. 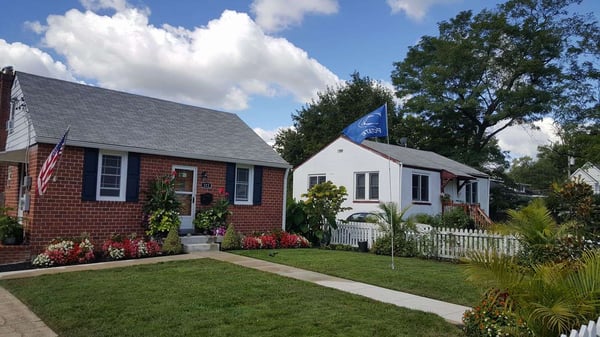 They recently won their city’s Golden Shovel Award, handed out by the mayor and city council members.

“The neighbors say it wasn’t a fair competition,” he says with a laugh.

But there’s no hard feelings. James often mows the neighbors’ grass and delivers gifts of extra mulch and flowers.

James has GPS collars for his two dogs that are synced to his smartphone, but he has an old-fashioned side, too.

His dresser was built by his great-great grandfather. He restored a nearly century-old cast iron pan he found on his grandparents’ back porch. He ferments his own sauerkraut, a side dish he loved as a kid. He bakes pumpkin pies from scratch, starting with actual pumpkins. 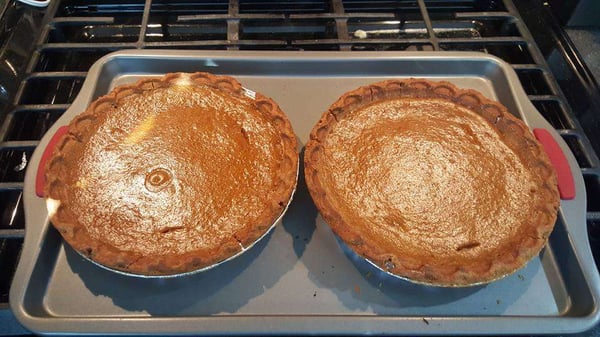 He loves pampering their two chocolate labs, Kolton and Paxton, who go to work with Joshua each day, romping in a quarter-acre run.

“They live better lives than we do,” he says with a laugh. 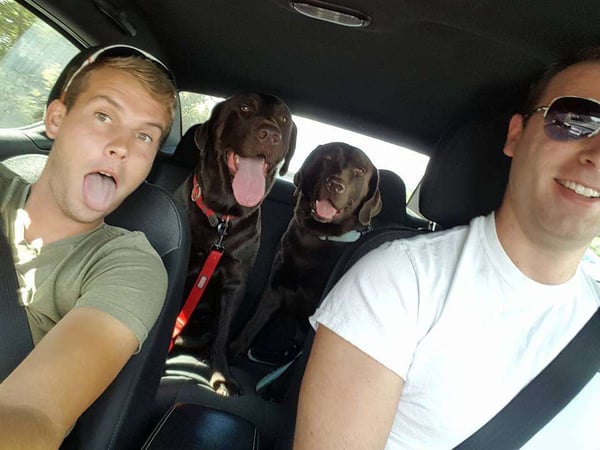 “This Is A Place I Could Retire From”

James used to dream of owning and running his own company. Not so much, anymore.

“Being in charge of a branch is like running my own company, but without the risk,” he says. “I do payroll, I do the budget and keep it balanced. I get to do all the fun parts of running a business.”

When he looks ahead at his career, he doesn’t look far.

“I see a great future here at Level Green,” James says. “We’ll continue to grow, and that will provide no shortage of future opportunities.

“This is a place I can see myself retiring from.”

James is just one of the dedicated team members we have here at Level Green Landscaping. And we’re always looking for hard-working, talented people to join our team.

Are you ready to work for a strong, growing company with lots of room to grow your career?