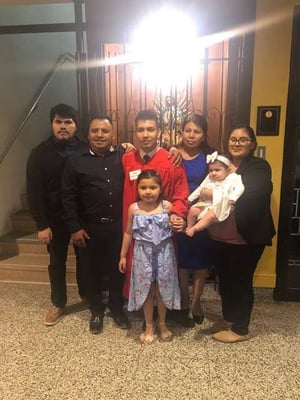 As an operations manager at Level Green Landscaping, Jose Aguilar is in charge of 150 commercial properties, oversees five different crews and juggles a mind-boggling list of tasks.

“Today is a different kind of day for me,” he says cheerfully on a recent morning. “I’m jumping on a water truck and I’ll water flowers all day.”

A member of his watering crew called in sick. Jose does whatever it takes to get the job done.

Plus, he really loves flowers.

Jose grew up on a farm in Mexico and helped his dad growing corn, beans and peanuts. He tells how they planted beans mixed in with the corn, so the climbing vines could cling to the sturdy corn stalks for support.

Nurturing nature is in his blood.

His real love is flowers. Give him a few flats of bright New Guinea impatiens and he’s a happy man.

As Jose talks, he’s sitting in his truck, parked in a neighborhood that could use some bright blooms.

“Everything is green,” he muses, surveying the yards around him. “There’s no color. It looks sad.

“Flowers don’t just make your house look beautiful. They make you smile. They make you happy. They’re one of the most important parts of landscaping.” 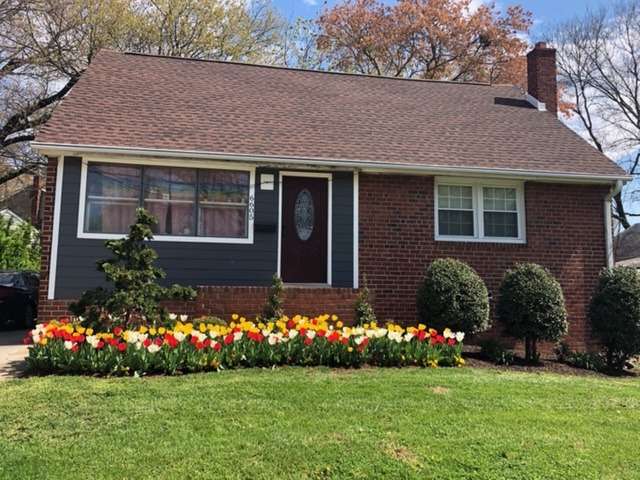 Working His Way Up

Jose worked at a factory for three years when he moved to Maryland from Mexico in 1991.

But it wasn’t for him. He was happy to get a job driving a mulch truck for a landscaping company.

Then he painted houses for a while, then ended up back in landscaping, working his way up at several different companies, from crew member to crew leader to manager.

He was hired as operations manager at Level Green in 2015.

They spend most of their time in downtown DC. Traffic is challenging. It can be hectic.

Don’t Look For Him In The Office

“He really motivates his crews — they’re very loyal to him,” Kole says. “And he’s right there in the field working with his guys.”

That’s where you’ll always find him.

Tough, But With Pizza 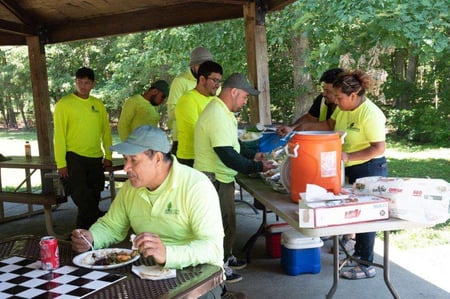 Jose has known some of his crew members for 20 years. They’ve loyally followed him from other companies.

He’s right in there with them.

”I want them to know I’m not just their boss — I know how to do the work.

“Sometimes they have a bad day or they get frustrated,” he says.

Maybe a new guy isn’t working as fast as the rest of them.

“I tell them, ‘Remember — you were like that when you first started, too.’ When they have a bad day, I think I fix it a little bit.

“Sometimes I say, ‘Who wants to come have a slice of pizza with me?’ Everybody shows up.” 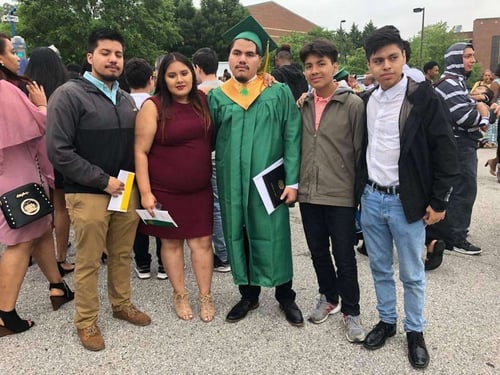 “And that’s not all,” he says, proudly telling of his two young granddaughters, Akairy, 6 and Delilah, 6 months.

He loves relaxing at home, spending time with his family, watering his flowers, enjoying the garden, reading.

He’s been on a self-improvement mission lately, reading and listening to audiobooks like “How to Win Friends and Influence People.”

He likes helping people new to the country who live in his mostly Latino neighborhood.

“A lot of them don’t know where to go to school to learn English,” he says. “I wish I had someone to tell me things and show me things when I first moved here.” 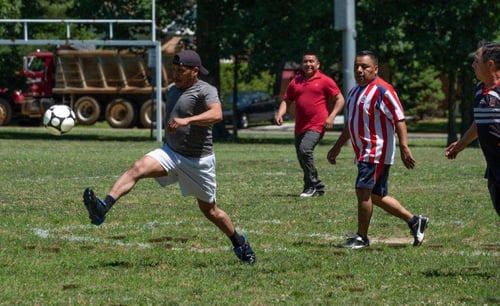 “The culture in Mexico is different than it is here,” Jose says. “In Mexico, whoever is the toughest, the meanest, is the one who will survive. You have to be tough.”

Here, he says, it pays to be nice.

He likes it. It’s genuine.

“When I say something nice, it’s not just to say it,” he says.

“I say it from my heart, because I’m feeling it.”

Jose is just one of the dedicated team members we have here at Level Green Landscaping. And we’re always looking for hard-working, talented people to join our team.

Are you ready to work for a respected, growing company where people strive to be nice?