Jose Ruiz grew up in balmy El Salvador, where the temperature hovers at 85 degrees, coconut palms and tropical orchids flourish and he worked in sunny fields harvesting beans and corn. 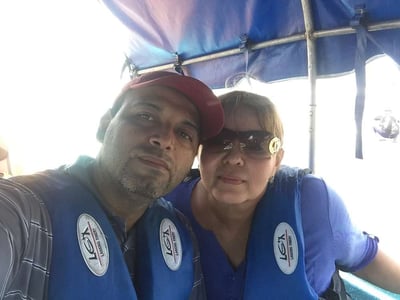 Then, he moved to Boston. In the winter. And got a job shoveling snow.

He was 24 at the time, and a pretty sturdy guy. But still.

“There were times I thought, ‘What was I thinking?’” he says with a laugh. “It was very, very hard to acclimate to the weather. But I thought, you know what? I’m here now. I made my decision.”

He doesn’t regret it. Jose made his way to Level Green Landscaping, where he’s now a successful operation manager.

He’s still out in the snow. But he smiles more now.

Learning A New Life In Landscaping

Jose came to the U.S. by himself, leaving his parents and sister behind in El Salvador.

“It was a very hard decision to make,” he says, “but when I look back on it, it was a good decision. There have been lots of good opportunities for me here.”

After his snow shoveling job for a Boston landscaping company ended for the season, his supervisor asked him to stay on.

He moved to Virginia and worked in landscaping there, then worked at the former Brickman Group, where Michael Mayberry, now chief technical officer at Level Green, was Jose’s operations manager.

When Mayberry moved to Level Green, the friends kept in touch. Mayberry encouraged Jose to come on board.

He’s glad he did.

“The owners see their employees as a big family here,” he says. “It makes me proud to say I work at Level Green.”

“I Have A Passion For This”

Jose starts his mornings talking to supervisors about the day ahead.

What has to be done for the day? Do the account managers have any special requests from clients? What are the expectations they need to meet?

“Then I go out on the job and work with the crews,” he says. “If somebody isn’t doing something the right way, I stop and train them. Everything has to be done right.

“I have a passion for this,” he says. “I love watching the transformation of a new project. At first, it doesn’t look that good. But when we’re done, the client is happy, and I’m satisfied that we did a good job.”

“The most important quality is having a strong work ethic, and Jose really has that,” Schneider says. “If your crews don’t see you willing to put in the hard work, they won’t be willing to follow you.

“He’s also good at handling all kinds of personalities,” he says. “It’s kind of like being a coach in sports, figuring out what each person needs in order to do their best work.”

Having a quality person like Jose in the role of operation manager is crucial, Schneider says.

“Operation managers make a huge difference in whether we’re doing well as a company or not,” he says. “If they’re not making sure crews are doing quality work, the clients aren’t getting their money’s worth. If they don’t make sure crews are also working efficiently, the company isn’t making money.”

It’s serious business. But not too serious.

“He has a real dry sense of humor,” Schneider says. “You don’t always know that he’s making a joke until he cracks that big smile of his.”

Jose’s growth in the landscaping industry is admirable, Schneider says.

“He’s gone from shoveling the streets of Boston to being in charge of 20 plow trucks and 40 to 50 hand laborers during snow season,” he says. “Being Hispanic, he’s a great example to our crew members of the upward mobility possible in this company. You don’t have to be American and go to college to do well here.”

Playing With Peewee The Poodle At The Park 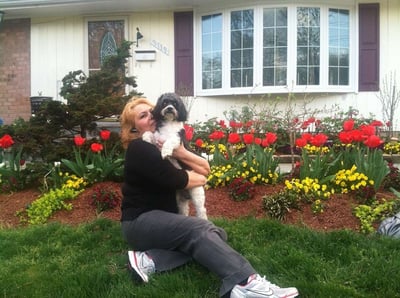 Jose and his wife, Marta Cruz, have been married for 16 years and share their home with a poodle-Bichon frise mix named Peewee.

Jose has two grown children from a previous marriage.

He spends his weekends tending to his home’s impressive landscaping, taking Peewee to the park to play, shopping and dining out with his wife. He always has a home improvement project going.

He and Marta love cooking food from his native El Salvador, from tasty tamales to quesadillas that are way better than the tortilla and cheese variety you might make at home.

“They’re made of a flour bread, cheese and sugar that you bake in the oven until it turns an orange brown,” Jose says. He pauses for a minute, just to think about them.

Good To Be Back

Jose recently returned home to El Salvador for 11 months. But he knew he’d be back.

Jose is just one of the dedicated team members we have here at Level Green Landscaping. And we’re always looking for hard-working, talented people to join our team.

Are you ready to work for a strong, growing company that inspires pride in its employees?