When Paul Wisniewski was a teen working at London Landscape Nursery in Michigan, his bosses always thanked him for his work at the end of the day.

Two small words, but they packed a powerful punch. So much so, that Paul carries on the tradition, always thanking crew members after a hard day’s work.

“Those two words go a long way,” says Paul, a branch manager at Level Green Landscaping. “It says we appreciate what they do. It’s not an easy job. I used to feel good when I heard it at the end the day. I hope my guys do, too.”

When he decided landscaping was the right career for him, he enrolled in Michigan State University’s two-year landscape and nursery program. You might not appreciate the irony of this unless you're from Michigan, but Paul — Michigan State grad — grew up just outside of Ann Arbor. Home of the University of Michigan.

He went on to attend Ohio State University (Michigan fan slogan: OHOWIHATEOHIOSTATE) to get his bachelor’s degree in horticulture. It’s sort of surprising they let him back in the Ann Arbor city limits.

No matter, though — Paul was soon East Coast bound, where his wife, Stefanie grew up, so they could be closer to her family. They settled in Maryland in 2004, and Paul worked for Brickman, now BrightView, for nine years before landing at Level Green four years ago.

Part of his job as branch manager is walking job sites to make sure everything looks just right. He takes it really seriously.

“I look at the property from the client’s perspective,” Paul says, taking a break from inspecting flowers, planters and irrigation at Tanger Outlets, a Level Green customer. “Is the grass cut evenly? Does the mowing change direction? Are the flowers getting enough water?

“Since the recession, property managers have a lot more thrown at them,” he says. “They don't always have the time to walk their site. They count on us to be their eyes and ears.”

He always likes what he sees.

“It makes me proud to work for a company that did all that nice work,” Paul says. “I always look at the big picture. The better job we all do, the more work we’ll sell, and that creates more opportunities for all of us.”

“Paul is passionate about what he does,” says Douglass Delano, co-owner of Level Green. “He has strong feelings, and he’s willing to go to bat for what he feels are the right things.”

And when he’s at bat — or playing tug of war, or tossing bean bags into a big sheet —he’ll probably win. Paul’s fiercely competitive nature shows up both at company picnic games and as a branch manager, Doug says. But that guy who says “thank you” is always there, too.

“He really cares for the people who work for him,” Doug says. 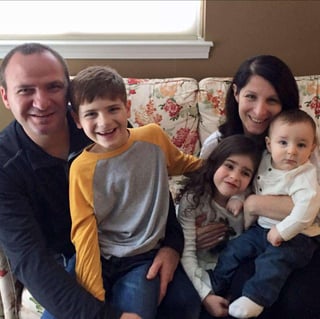 Back at the office, Paul checks payroll, reviews budgets, makes sure sales sheets reflect proper billing. He checks on any new business leads. He’s part workaholic — often working at home at night — and part laid-back manager. He says “please” a lot. He tries to make work fun. It is for him.

“Even on a difficult day, I never dread going back to work the next day,” he says.

But when he’s home, that’s pretty fun, too.

He and wife Stefanie have three kids: Levi, 7; Samantha, 4 and Cameron, 1. They have a live-in au pair from Germany, Svenda, to help care for their three active kids.

Paul’s the kind of guy who gives his cats cool and meaningful names. Bryson is named after author Bill Bryson, who writes books about travel, language and science. Paul owns all of his books. 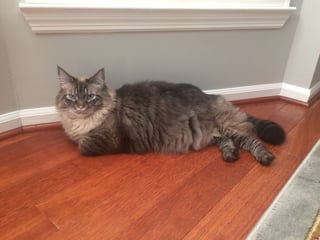 “We rescued Solomon on Yom Kippur, so we wanted to give him a Jewish name,” he says. Call him Solly, for short.

On weekends, you’ll typically find the family at the kids’ soccer, lacrosse and swimming events. They love hiking and picnics and hitting all the DC museums. When it’s time for dinner, Paul’s tilapia tacos are always a big hit, garnished with chipotle sauce, guacamole and shredded purple cabbage.

Out in the family garden, 4-year-old Samantha plucks cherry tomatoes and eats them, right there on the spot. The kids all nibble fresh snow peas. Carrots, green peppers and cucumbers — the kids’ favorites — round out the harvest. Dad’s love of horticulture has rubbed off.

Back at work, Paul tells how his team recently attended a client's golf outing.

“Most of us are horrible at golf, but we still had fun,” he says. “It’s like being with your friends, really. That’s the kind of atmosphere it is here.”

Paul is just one of the dedicated team members we have here at Level Green Landscaping. And we’re always looking for hard-working, talented people to join our team.

Are you ready to work for a company where people thank you for your work?