She’s worked at a vineyard, done research on plant growth regulators at a university greenhouse and worked in a public garden.

So it makes sense that Ryan ended up in the management trainee program at Level Green Landscaping.

Learning On The Job

Ryan spent two summers as an intern at Level Green while earning a degree in plant science at Virginia Tech. 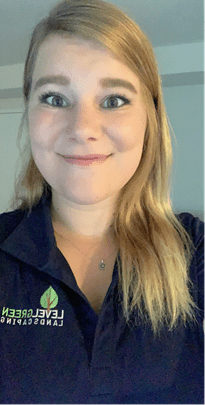 She must like it here, because she came right back after graduation as a management trainee, to work toward a position here as an account manager.

Trainees get a great, well-rounded look at the entire operation, learning on the job what account manager or operations manager positions entail, from sales calls and customer relations to writing proposals for enhancements and supervising crews.

Ryan’s experience will last between six months and a year as she prepares to step into a job full time.

Pretty Plants With A Purpose

Ryan spent her summer internships “doing it all,” she says, from mowing and weeding to learning about proposals, purchase orders and computer software.

Along the way, she realized she wanted to be an account manager, so she’s spending a lot of time now shadowing account managers and soaking it all in.

“I like helping people out, solving their problems,” she says.

She loves that account managers can do some design work, creating plans for smaller properties.

“I like to use plants that are beautiful, but also helpful,” she says. “Plants that bees love or that need less water or less pinching back. Plants for rain gardens that help filter pollutants from the soil.”

The plant lover knows this job is as much about people.

Ryan is upbeat, energetic, and quick to laugh. But she takes her job seriously.

“To the customer, it might just be the landscaping,” she says. “But to me, it’s everything.”

Some days are rougher than others.

“I thought everybody would be happy,” she says with a laugh. “But it’s not always roses and daisies out there. Sometimes you mess up and things have to be fixed. It’s important to learn how to do that, too. That’s something you don’t learn in school— how to handle a customer who’s unhappy.”

Puzzles, Will Farrell and Lots of Butter 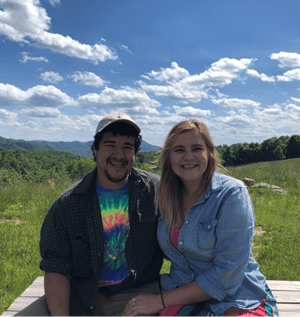 She lives with her boyfriend, Nick, and dog Frisco, a Labrador retriever and pit bull mix.

“He’s the best dog, so loyal, but he’s dumb as the day is long,” she says with a laugh.

She loves to cook, often whipping up a fairly fancy

Her breads and coffee cakes occasionally make their way into the office, which is fine with her supervisor, branch manager David Keffer. 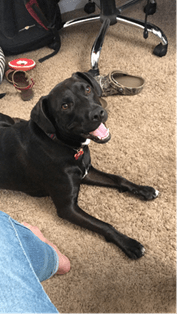 “To see a property with three dirt beds and some dying trees transformed into a beautiful property is amazing,” Ryan says.

“But there’s always a budget. The client might only like certain colors. There’s always a lot of problem solving that goes into it, and I really like that part too.”

The other day she spent a whole day working on a client’s  billing issue.

“I even enjoy that part of it,” she says. “It wasn’t exactly fun, but it was a problem to solve and by the end of the day I had done it.”

Every day she learns something new.

Ryan is just one of the dedicated team members we have here at Level Green Landscaping. And we’re always looking for hard-working, talented people to join our team.

Are you ready to work for a respected, growing company where you can prepare for a management position on the job?