When you start a job at Level Green Landscaping, start thinking about the next job up.

If you want to grow your career here, there’s plenty of help.

Well, nine years. It kind of flew by.

Kole started at Level Green in 2012 as a supervisor, straight from Pennsylvania State University with a major in landscape contracting and a minor in horticulture.

“I was like everybody when they get out of college — I thought I knew everything,”
he says. He laughs. “I didn’t know anything.”

But he quickly learned. After a year and a half as a supervisor, Kole was promoted to account manager. Three years later, branch manager. “Being a supervisor and working in the field taught me so much — things they don’t teach you in college,” he says. “I learned why the crews do things the way they do. When I moved up to account manager, that was so helpful when I had to explain things to customers.

“When Paul approached me about being a branch manager, I didn’t think I was ready,” Kole says. “He saw something in me.”

Now, Kole sees potential in his younger crew members — and points it out.

He’s been spending more time in the last few months talking to his crews, asking them about their future goals.

“Sometimes they’ll say, ‘Yeah, I don’t know if I could be a supervisor.’ “ He tells them sure they could, here’s how. He shares his own story of career growth, and those of others on the team.

“Our older employees remember me when I was back in the field as a supervisor, but our young guys were 10 years old then,” Kole says. “They have no idea how I moved up.

“I have a lot of younger guys on my crews, 18, 19, just out of high school,” he says. “I always say to them, ‘If you work hard, you can move up.’ I like helping them. One needs to get his GED. Another doesn’t have a driver’s license. I told him if he gets that he can move up to driver and the assistant supervisor spot.

What Does It Take to Move Up?

“You can’t just do the minimum,” Kole says. “You have to take on extra responsibilities so that you learn more. You have to be willing to go the extra mile. Stay late. Volunteer for extra stuff. That’s the way to move forward.”

He talks about Elder Martinez and David Saravia, who both started as laborers at another landscaping company, hired on at Level Green, and are now operations managers.

“Elder spoke English but not a lot, so he had to work on that,” Kole says. “After three or four years, he was operations manager.”

David started as a crew leader at Level Green in 2013 and by 2019 was operations manager.

Kole isn’t done reaching higher himself. The next step up from branch manager is a new position at Level Green — regional manager, overseeing several branches.

“We have a pretty aggressive growth plan,” Kole says. “In the next 10 years we plan to move from five branches to 16.”

That means a lot more people.

“There will be positions that don’t exist yet,” he says. “That’s the exciting thing about a growing company. There’s a lot of room for upward growth.”

Welcome to Your New Career

Your career could start with Level Green’s management training program, where you learn on the job how to be an account manager or operations manager— then step right into your new position.

Good crew members are always in demand, and the company will continue to hire for growth.

“We always want to move people up and promote from within,” Kole says. “The great thing about Level Green is everybody is willing to help you. My peers always answered my questions as I was learning new positions.”

Now, he passes on his knowledge. 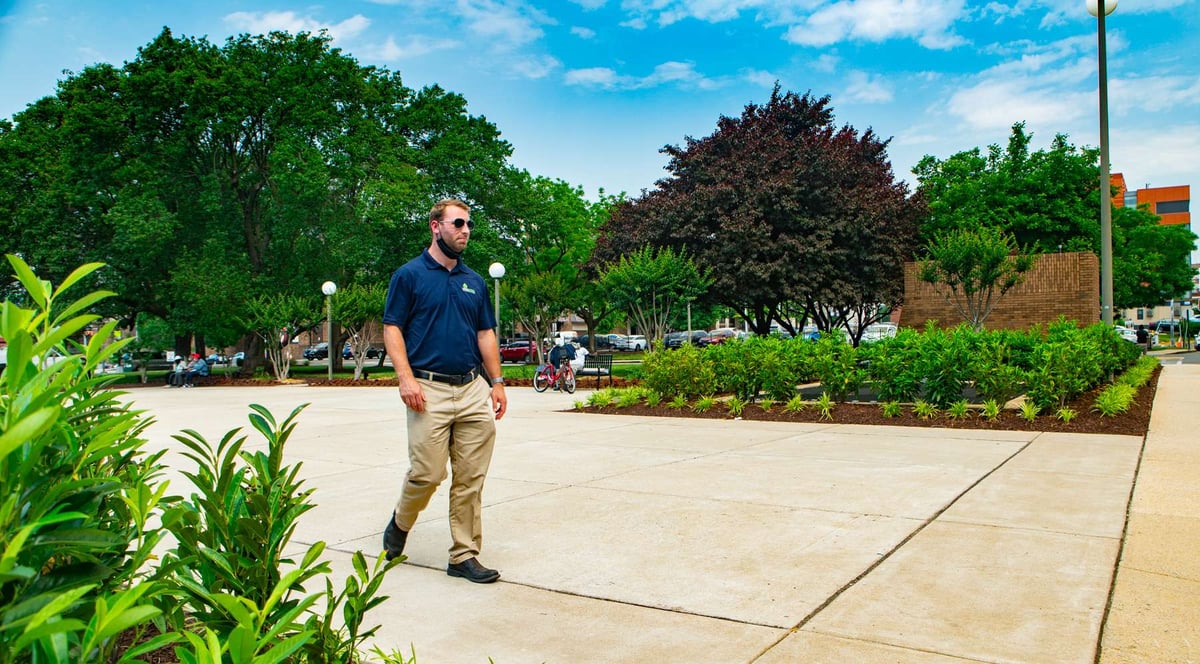 “But then I watched it happen. It's really rewarding to know you helped that happen. It’s a part of the job I love that was unexpected.”

James is just one of the dedicated team members we have here at Level Green Landscaping. And we’re always looking for hard-working, talented people to join our team.

Are you ready to work for a strong, growing company with lots of room to grow your career?