Is your vacuum cleaner broken? Your car not running quite right? Need a new computer, built from scratch?

Rob Kubes is your go-to guy.

“I’ve always been that guy who takes things apart to see how they work,” he says. “When my mom’s vacuum cleaner broke, I’d order a new belt and fix it.”

Turns out he’s pretty good at that, too.

Rob started at Level Green three years ago as a supervisor in construction. 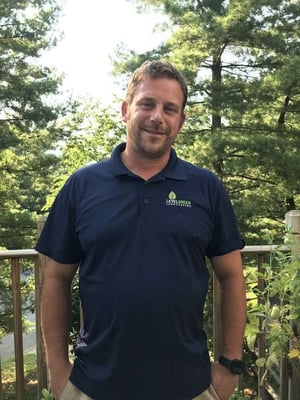 He showed up with a background in all things construction, from asphalt work to building fancy outdoor kitchens.

His uncle owned an asphalt company where he worked for several years.

“When he sold the company and I started working for other asphalt companies, I realized something,” he says. “I don’t like asphalt.”

But he’s always loved running machines, so he started work for a company that did hardscaping as well as asphalt.

He worked on big patios and driveways and built solid brick walls.

“Seeing the end result was a beautiful thing,” Rob says. “You’ve got this magnificent wall that’ll be there forever. You see the beforehand and then you see the end result and it’s such a great transformation.”

“They Don’t Call It Easyscaping”

Now, as Operations Manager, he gets to use all that knowledge he gained over the years, and pass it on.

“I keep everything rolling along,” he says. “I organize all the bits and pieces.

“The biggest thing is knowing my guys‘ strengths and weaknesses,” he says, “then making sure the right guy goes to the right job so things get done efficiently. I’ve gotten to know the guys, so I know who to put where.” 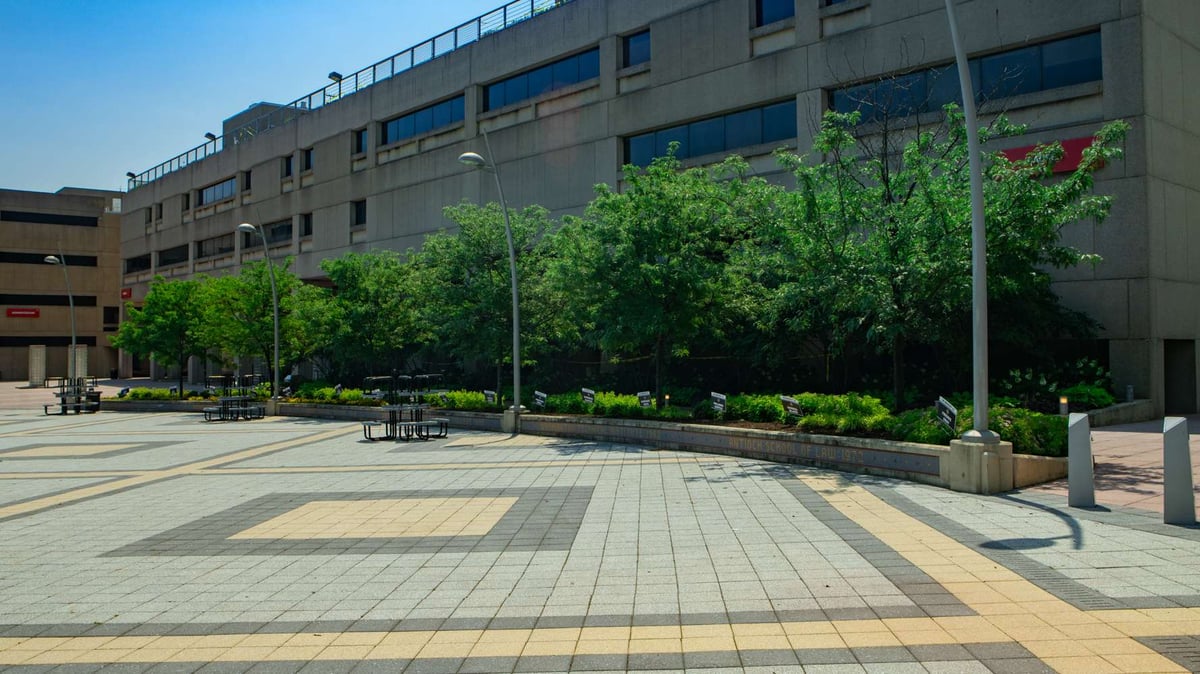 “I know exactly how hard this work is,” he says. “Hardscaping is hard, heavy work. They don’t call it easyscaping.

“I take time to explain things,” Rob says. “I’ve done so many jobs so I’ve witnessed a lot of different ways to do things.”

But he also has to spend some time behind a desk.

That’s fine with him.

“The other side of me is a computer guy,” he says. “I’m having a lot of fun. Office work all day is not my forte. But with this job, I get to be outside with the guys and I get to do some computer work, too.”

The hardscape and excavator expert is discovering a new appreciation of plants and flowers, learning a lot from his peers along the way. 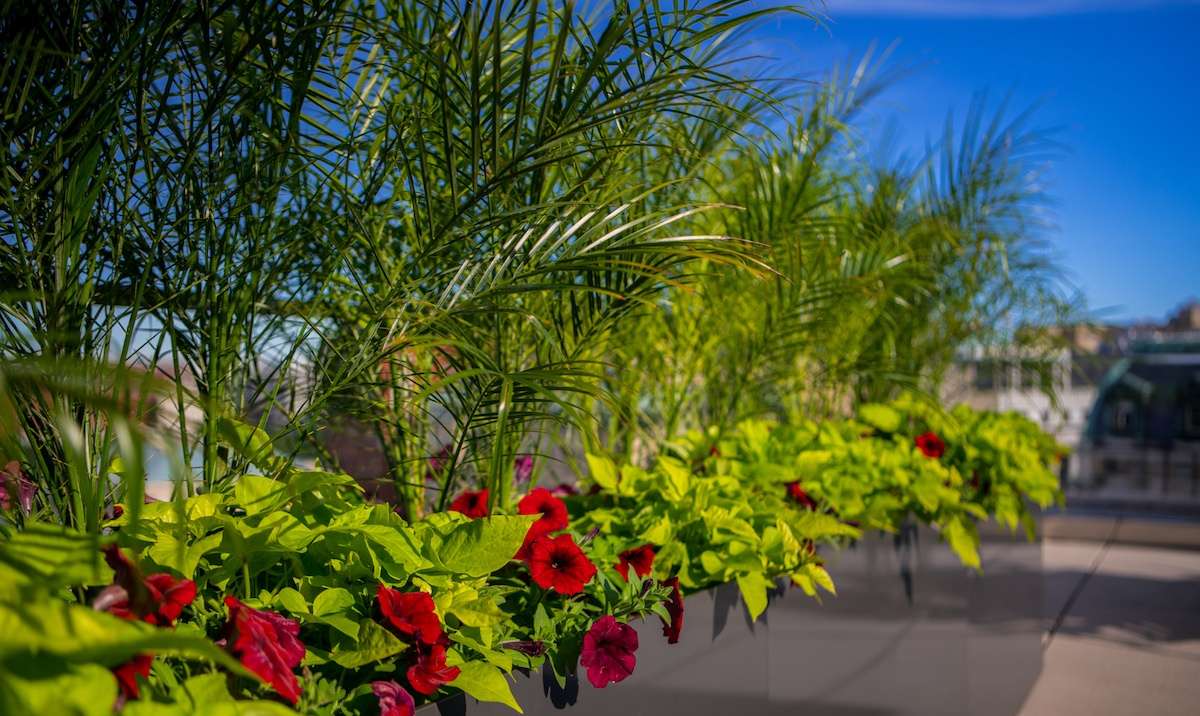 “I love seeing the results of the seasonal color we installed over the last few weeks,” he says. “Seeing all the color on all the properties — it looks beautiful.”

Their English bulldog, Sparky, is a laid-back people lover who spends all his time at the dog park not romping with other dogs but going from person to person to get attention.

He loves tinkering and is the family go-to guy for computer repair. He’s even built a few himself, from scratch.

“It’s kind of like putting Lego pieces together,” he says, making it sound easier than it probably is. He’s always updating the family computer so it’s better and faster for his kids’ games.

“They Take Good Care of Us”

Rob loves that Level Green co-owners Bill Hardy and Doug Delano care enough to take employees out to lunch and spend much of the time chatting about everybody’s families.

“I love the culture at Level Green,” he says. “I’m surrounded by intelligent people who know their jobs well.

“The owners are always around, which isn’t the case at all companies,” he says. “There’s a real family atmosphere here. They take good care of us.”

Rob is just one of the dedicated team members we have here at Level Green Landscaping. And we’re always looking for hard-working, talented people to join our team.

Are you ready to work for a company where they ask you about your kids?