When Brad Butler was offered the job as Level Green Landscaping’s chief safety officer, he was sort of surprised.

”My hobbies are big wave surfing and skydiving, so I thought it was kind of odd they asked me to be in charge of safety,” he says.

Plus he has five kids, and a sixth due in August. And four giant Italian mastiff dogs, weighing in at about 200 lbs each.

When you think about it, if Brad’s managed to stay happy and healthy this long, he must know something.

Brad started at Level Green eight years ago, hired as an enhancements manager. He didn’t have much landscaping experience, but he had worked for several years at plant growers and nurseries, where he started out in the field and ended up a manager.

It taught him a lot.

“Working in the field, I learned how things grow, what conditions they grow best in,” Brad says.

He did a lot of purchasing, which was great preparation for his Level Green enhancements job. When it was time to order 100 trees or 300 shrubs for a large construction project, Brad knew how to nab better prices.

He learned so much that when he came to Level Green, he took the Certified Professional Horticulturist test and passed.


While Brad’s job title covers company safety, he has other key responsibilities, too.

He’s in charge of security and facilities, and plays a key role whenever the company purchases a new property, working with contractors and handling licensing and permits.

He’s also responsible for the company’s electronic inventory, logging and tracking all purchases, from truckloads of ice melt to loads of fertilizer.

When asked to be safety officer, “It was an honor,” he says. “Safety has been important to Bill and Doug from day one.”

He knows it’s a big responsibility.

“My biggest worry that keeps me up at night is that we have 75 large production trucks out on the roadways,” Brad says. “They’re loaded with multiple employees whose lives are at stake out there.

We have to make sure our drivers are aware of all the rules of the road.”

Sometimes, he makes the rules.

Last year Brad discovered crew members were breaking too many windows as they used bed edgers, from stray rocks and stones hurtling through the air.

“We changed the way we do things,” he says. Now a second crew member walks alongside holding a shovel to shield stray stones from flying.

“We’ve brought the numbers way down,” he says. “It means paying a second person, but it means we’re not paying to replace broken windows or to fix vehicles. And we’re keeping our guys safer.”


“We hired him as enhancements manager, but he’s transitioned into a ‘do it all’ guy, basically,” says Level Green co-owner Doug Delano.

“If you’re not safe, it can cost you money, but more importantly, employees can get hurt or hurt other people and of course you don’t want that to happen,” he says.  “Training is extremely important to us, and Brad makes sure that happens on a weekly basis.

“He’s very dedicated,” Delano says. “He’s one of our people who goes above and beyond what you’d think.”

That’s pretty commendable, for a guy who doesn’t even have to be here.

Brad and his wife have several successful business ventures, including a company that produces non-toxic, kid-friendly anti-itch spray and cleaning spray.

They’re also partners in two surf shops in Florida and Delaware and run websites that focus cameras on surf spots for the latest conditions.

“I’m here because I want to be here,” Brad says. “I can’t imagine not being here. I’m thankful Bill and Doug gave me a chance eight years ago.

“I’ve watched the company grow — when I came here we had eight trucks —  and I’ve grown along with it,” he says. “I’ve grown in maturity, my family has grown. You don’t walk away from that. I’m in it for life.”


His family is still growing. He and wife Joy are expecting their sixth child in August, joining their five kids, age 7 and younger.

Rounding out the family are four Italian mastiffs that weigh in at about 200 lbs each.

“They’re bred for protection,” he says. When the kids squabble, the dogs step in as referees, standing between them.

As a reward for all this protection and loyalty they get homemade dog food that Brad and Joy make from chicken, rice and buckwheat.

The lucky, loved dogs are Rocky, Luka, Aesop and Dog. 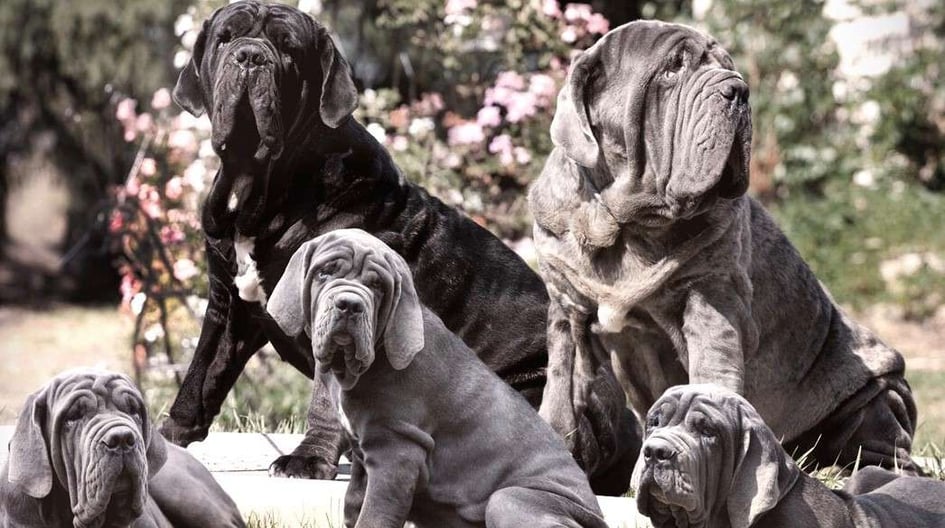 So, you ran out of dog names?

“That’s what you get when you let a kid name the dog,” he says.

What’s life like with five kids age 7 and younger and four massive dogs?

“It’s a circus,” Brad says cheerfully. “Part of it is just keeping everybody calm.

“I have an incredible wife,” he says. “I’d be lost without her. When she needs a break and I’m by myself with the kids, I always call in reinforcements.”

Luckily, he has lots of family to pitch in.

Life Is Short — Jump Out Of A Plane


To keep life interesting, Brad chases 20-foot ocean waves on a surfboard and leaps out of airplanes at 12,000 feet.

“I’m an adrenaline junkie,” he says. “It keeps my mind sane.”

He and his brother have traveled the world for big wave surfing, from Central America to Australia to South America.

He and Joy own a home on the Gulf coast of Florida, and he loves surfing there, too, hobnobbing with sharks, manatees and dolphins.

He’s just as fond of the sky, as a skydiving instructor.

“When the door opens on the plane and you’re about to jump, you feel alive,” he says. “I live by the motto, ‘Life is short.’ I try not to let any day go by without experiencing something.” 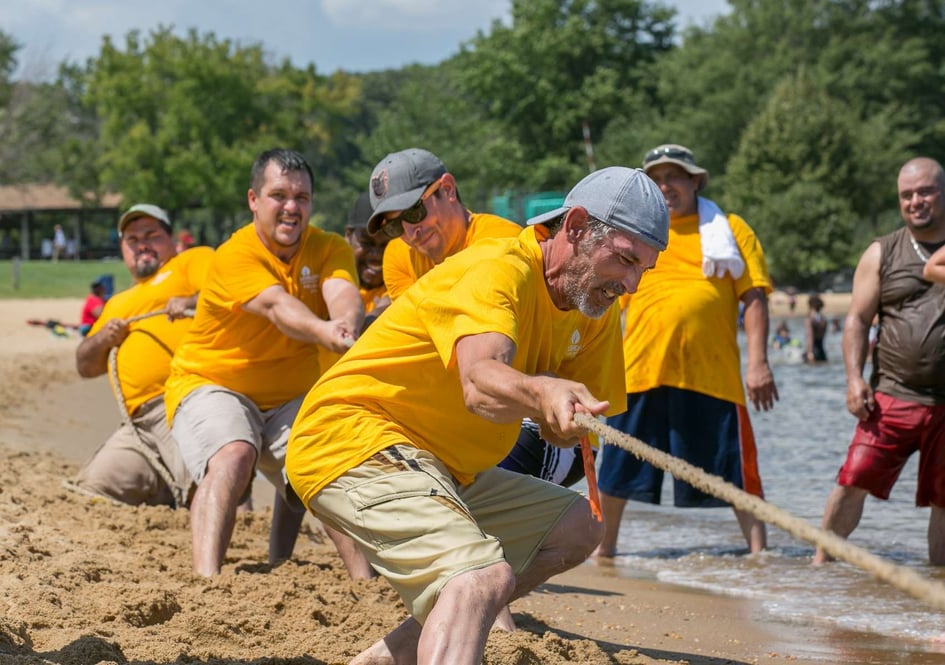 The Quest For Safety


When Brad drives home at the end of the day to his wooded home in southern Calvert County, how does he know he’s made a difference?

He thinks for a minute.

“I think I’ve opened our eyes, as a company, to what safety is,” he says. “When I started tracking our safety two years ago, I really didn’t know if we had problems or if we were doing great.”

He’s doing something right. In those two years, worker compensation claims are down, the number of injuries and their severity have decreased, vehicle accidents and property damage claims are down.

“I'm working on making us safer,” he says. “But I’m not satisfied yet.”


Brad is just one of the dedicated team members we have here at Level Green Landscaping. And we’re always looking for hard-working, talented people to join our team.

Are you ready to work for a strong, growing company that makes employee safety a top priority?