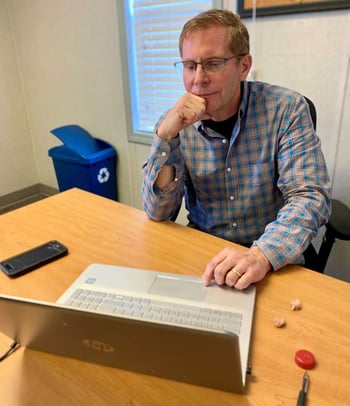 When Larry Leon talks about hunters and farmers, you have to wonder what it has to do with landscaping.

Give him a minute.

Hunters are always on the prowl, he says, “catching customers who aren’t currently our customers.”

As Level Green Landscaping's new director of business development, Larry is all about hunting.

On The Hunt For New Business

After 36 years in the landscaping industry, Larry has some serious hunting skills. He attended the University of Maryland, earning a degree in agronomy, the science of soil management and crop production.

His landscaping career began in 1982 when he was hired by Ruppert Landscape as an account manager. That’s where he met Doug Delano and Bill Hardy, who later founded Level Green.

His career took off, as he worked his way up to branch manager, region manager and sales manager.

“Working for a very large companies  gave me exposure to training, experience and enlightenment in that was above what the Green Industry would have afforded me at that time” Larry says.

Now he brings that high-end training to Level Green — at the perfect time.

Level Green has been very successful, he says, holding on to 90 percent of their customers over the years.

“But the reality is we want to double in size in the next five years,” he says. 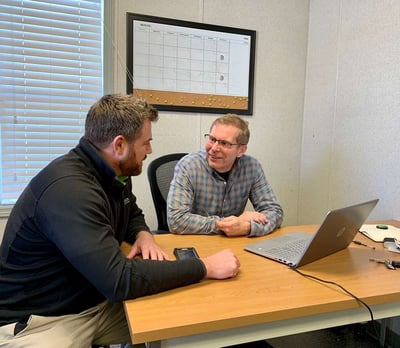 “But the part of this job I really love has nothing to do with all that,” Larry says. “I love working with the people around me, helping to create an environment where people are constantly learning. I like helping them develop, leading people to success.

“I love working with clients and feeling the reward of knowing we’re helping them meet their goals,” he says.

“That’s not always about cutting grass and putting mulch down. Maybe a customer’s goal is to have a reputation for being totally sustainable. So we put together a plan to get them there.”

His personality suits this work, he says. He’s a Type A — driven, assertive, resilient, an extrovert.

“Steady in hurricane-force winds,” he says with a laugh.

And he’s always looking ahead.

“When you’re in sales, you’re always ahead of the rest of the company,” he says. “You’re selling now what will happen six months to a year from now.”

Larry and his husband, Marc, have been together for 31 years. They adopted twins Jonathan and Emily, now 20 and in college. 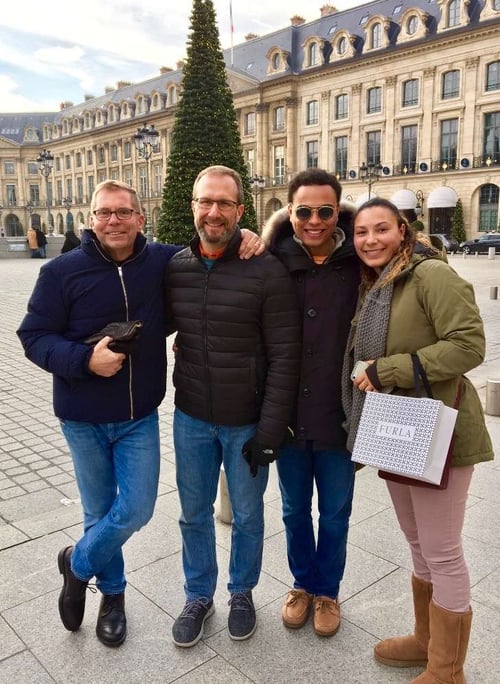 Jonathan attends Tufts University in Boston with an eye on a law career. Emily is at Virginia Commonwealth University studying anthropology and archeology, and hopes to study in South Africa this summer.

He and Marc have a weekend home on Maryland's eastern shore, surrounded by quaint historic towns that date from colonial times.

There are coves and creeks to explore, boating, fishing, crabbing, windsurfing. 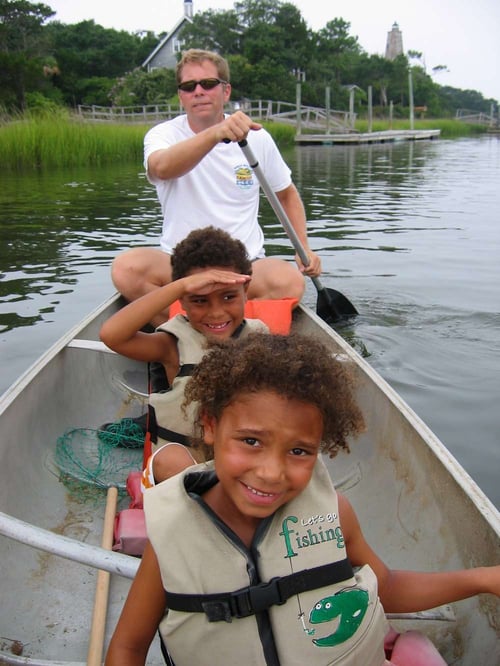 “I love anything to do with the water,” he says.

He tends a big vegetable garden and loves to cook with the harvest. 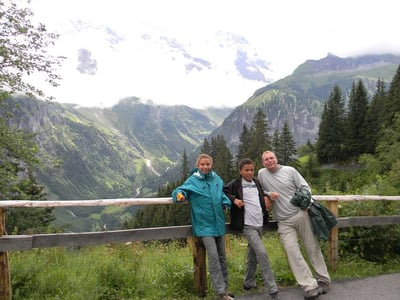 Larry’s love of the land goes way back.

As a kid, he helped his dad grow fruit and vegetables, including grapes that ended up as homemade wine.

He was always outdoorsy, enjoying campouts as a Boy Scout. Larry went on to earn Scouting’s highest rank, Eagle Scout.

It sticks with him, still. He learned leadership skills and how to feel comfortable talking to anybody.

“I’ve never been afraid to deal with anybody, no matter who they are,” he says. “I know you can walk through any fear and come out the other side OK.

“To become an Eagle Scout you have to work really hard,” he says. “It doesn’t matter if you are selling, managing people, or leading a team, understanding that you have to work hard to exceed goals is critical to all of our success.”

Larry is just one of the dedicated team members we have here at Level Green Landscaping. And we’re always looking for hard-working, talented people to join our team.

Are you ready to work for a strong, supportive company that’s determined to double its size in the next five years?