When’s the last time a landscaping crew snuck up on you while blowing away your leaves or grass clippings?

We’ll pause while you think about it.

So, never? Those gas-powered backpack blowers are so loud they make your dog maniacally barking at squirrels seem quiet.

Landscaping noise pollution is a big issue. So big, some cities and communities are completely banning those ear-splitting gas-powered backpack blowers.

Take out those earplugs and let’s take a look.

“There are No Noise Complaints”

Level Green was ahead of the game three years ago, equipping two of its Washington DC crews with all battery-powered equipment— backpack blowers, string trimmers, edgers and mowers. Today, all 15 DC branch crews use electric backpack blowers, complying with a new local ordinance to reduce landscaping environmental impact.

Washington DC mayor Muriel Bowser signed a bill in 2018 banning the use of gas-powered leaf blowers, which went into effect Jan. 1, 2022.

“We’ve been at the forefront of this,” says James Kole, DC branch manager at Level Green Landscaping. “We’ve had electric crews for three years. The benefits are huge.”

Landscaping crews working in the city are working right next to our customers’ offices or on their roofs. While gas-powered tools are loud and a nuisance, the battery-powered equipment, well, you could take a nap while your landscaping crew blows away your grass clippings right outside.

“They’re much quieter,” Kole says. “There are no noise complaints. Everybody noticed the gas-powered backpack blowers, especially during leaf season. We don’t have complaints anymore.”

Battery-powered equipment adds no polluting emissions to the air like gas-powered tools do — another win for reducing landscaping environmental impact. 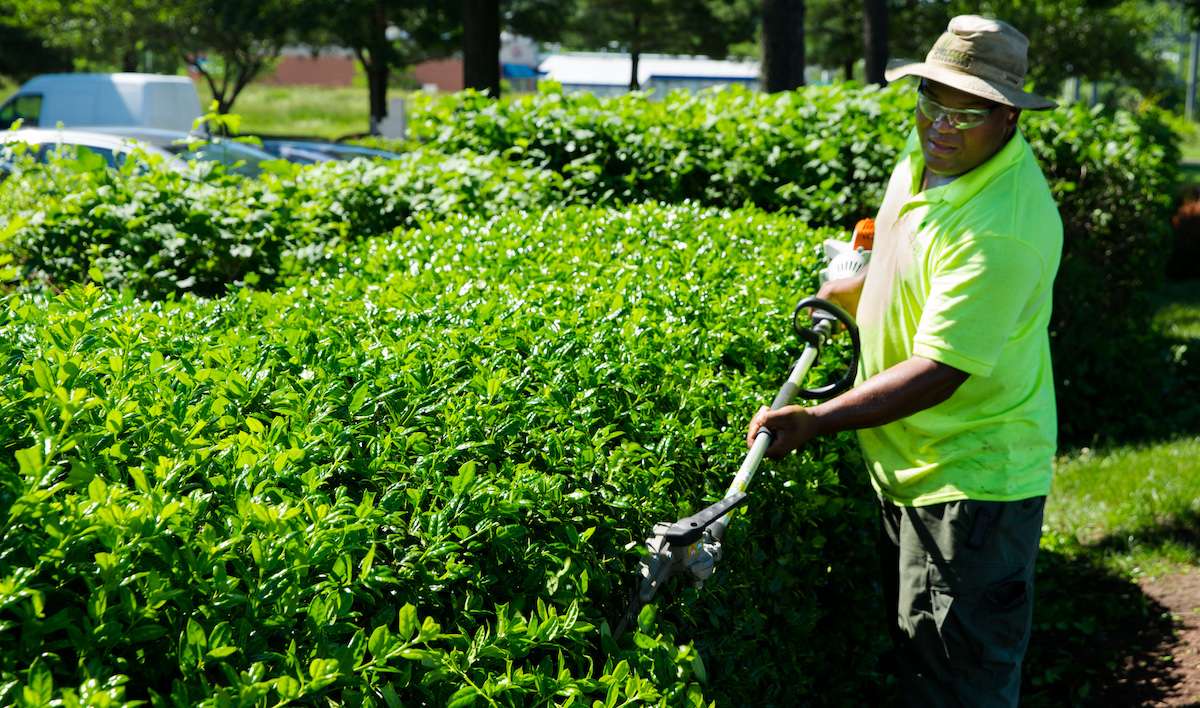 When you think about the gas emissions from the landscaping blowers and mowers on your property, it might not seem like a big deal.

Then multiply that by all the landscapers around the world. It’s big.

Landscaping crews had to learn how to adapt to the new equipment, Kole says, from making sure they had enough batteries along to figuring out what power setting to use for each job.

“The higher the setting, the less battery time you have,” Kole says. “If you’re just blowing grass clippings, you don’t need it on the highest setting, and you’ll have more battery power.”

The switch to electric equipment also means figuring out how to charge them — on a big scale.

“We have to upgrade our facility to accommodate charging all the equipment,” Kole says. “It will require an entirely new power source.”

If you charge landscaping equipment from a 110 outlet, the charge time could be 12 hours. But crews may not have 12 hours between the time they charge them and the time they need them again the next day.

So each equipment trailer needs a more powerful 220 outlet. It’s a sizable expense.

“We’re preparing now, because the future will be all electric,” Kole says. “It will be a big change for the industry. It costs money now, but it will pay off.”

Potent weed killer glyphosate, the main ingredient in Roundup, is increasingly being banned because of its potential link to cancer in humans; potentially causing the death of important insects like bees; and damage to ecosystems by disrupting the natural food chains and plant pollination.

Montgomery County, MD has banned the use of glyphosate and some pesticides on private lawns, at childcare facilities, and playgrounds, part of a growing trend in environmental landscaping policies. 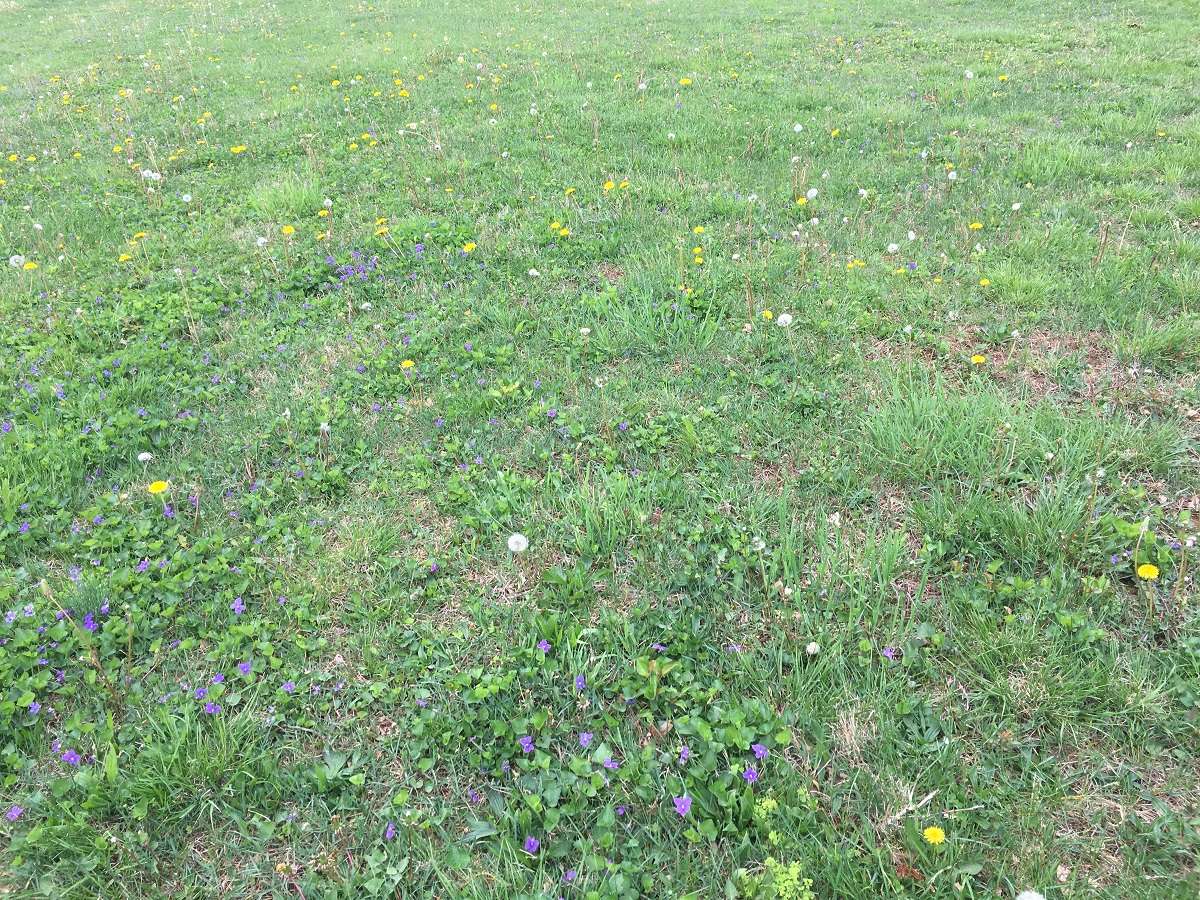 Level Green is working with the University of the District of Columbia to try out an organic weed killer that’s safer for the environment, Kole says.

“This is one tool to reduce our pesticide usage,” he says. “When I started out in this field the goal was just to spray everything. But we don’t need to put chemicals everywhere. We want to use only what’s necessary.”

“There’s one organic product that kills weeds but it doesn’t kill the roots, so the weeds come right back again,” he says.

“You have to be willing to not see instant results,” Kole says. “With traditional spraying, weeds are gone in a day. When you use organic products, it might take a week.”

When you consider electric-powered landscaping equipment and safer weed control, the choice for the earth is clear.

We’re excited to take these next steps in environmentally friendly landscaping.