Spring bulbs are like a party on your property.

They burst out of the ground just when we need them most, shouting the arrival of spring in riotous hues of red, yellow, purple, pink, coral and blue.

They make everybody happy.

But like a great party, they require some planning.

That time is now.

When is the best time to plant bulbs? Where should they go? How many?

Bradley Sarno, operations manager at Level Green Landscaping, has all the answers — and some surprising tulip facts up his sleeve we bet you don’t know.

When Is The Best Time To Plant Bulbs? 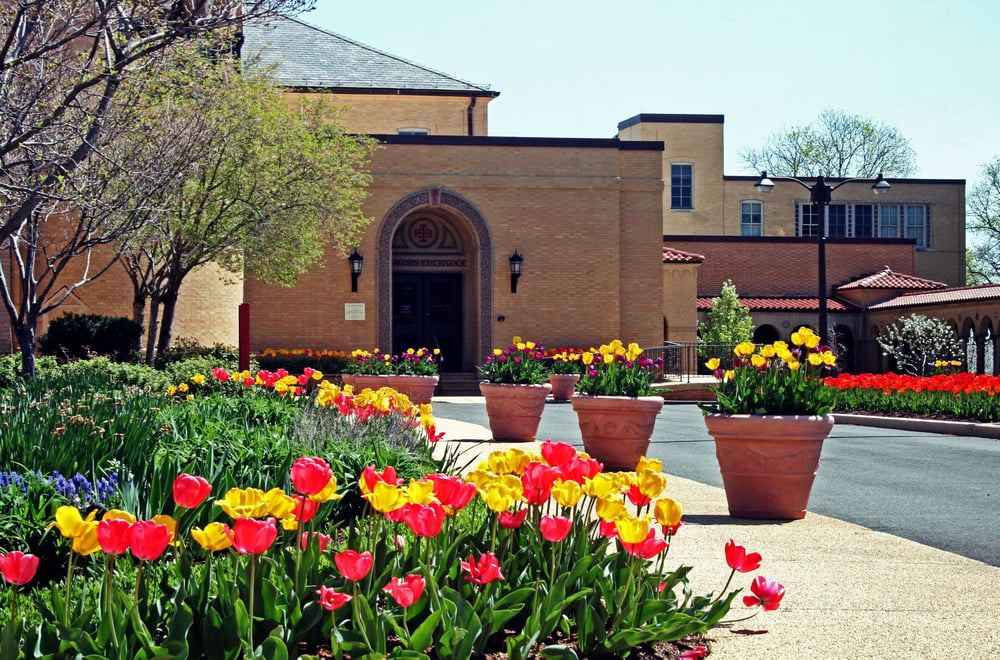 We plant spring bulbs from the end of September through October, when the soil temperature is consistently 60 degrees or cooler but before a hard freeze.

“If the soil is too warm, the bulbs could sprout too soon or rot in the ground,” Sarno says.

Crews plant spring bulbs at the same time they install fall pansies, violas and panolas — a cross between a pansy and viola.

If you decide in March that you'd love tulips in May, you're out of luck.

Why You Should Plant Spring Bulbs

Spring bulbs add wow-inspiring drifts of color to your property just when you need it most — after the long gray winter and before summer flowers come into play.

“They’re the first thing you see in the spring, long before other flowers appear,” Sarno says.

“The great thing about tulips is they come in such a wide variety of sizes, shapes and colors,” Sarno says. 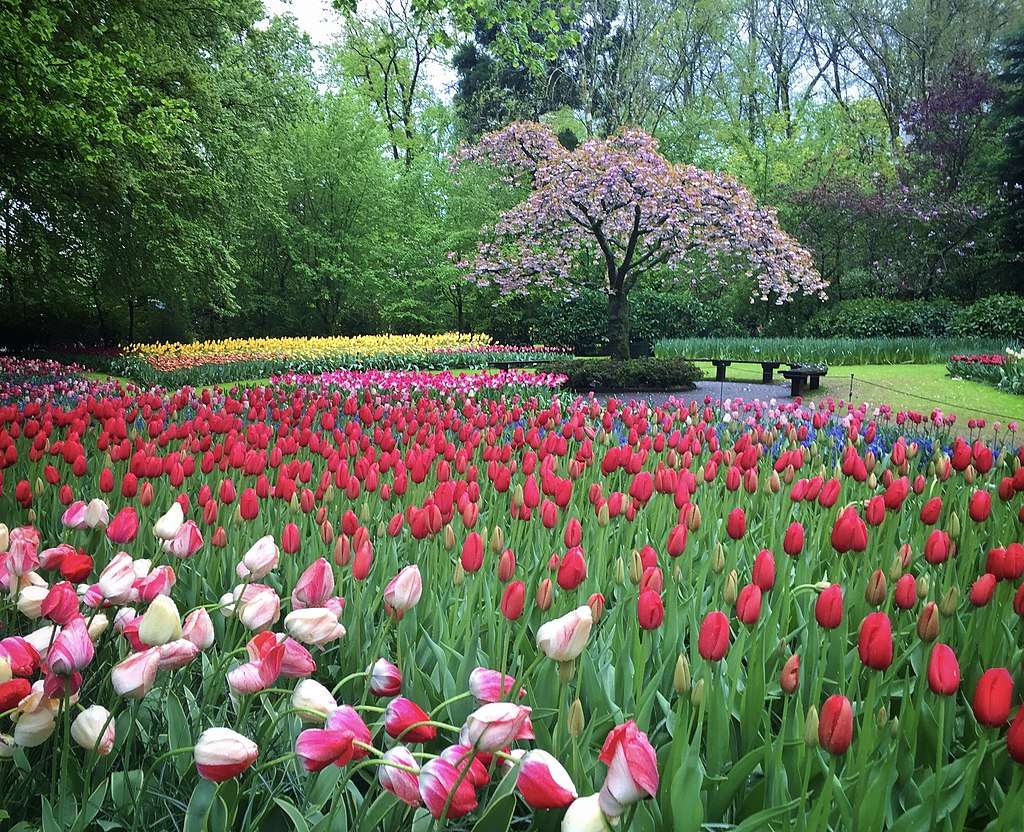 There are fluffy pink beauties that look like roses.

You get the idea.

Tulips come in a host of heights, too, from 6 inches tall to a towering two feet.

“It’s a big flower, so you get a lot of bang for your buck,” Sarno says.

The blues and purples of fluffy fragrant hyacinths are stunning with those yellow daffs.

Not sure how to combine them? We do. We love this stuff.

Tulips originated in Turkey, Sarno says, and were later imported to the Netherlands in the early 1600s.

“People were crazy for tulips,” he says. “They were so prized, they were actually used for currency.”

So dressing up your property with a few hundred bulbs today seems downright cheap in comparison.

Where To Plant Spring Bulbs? 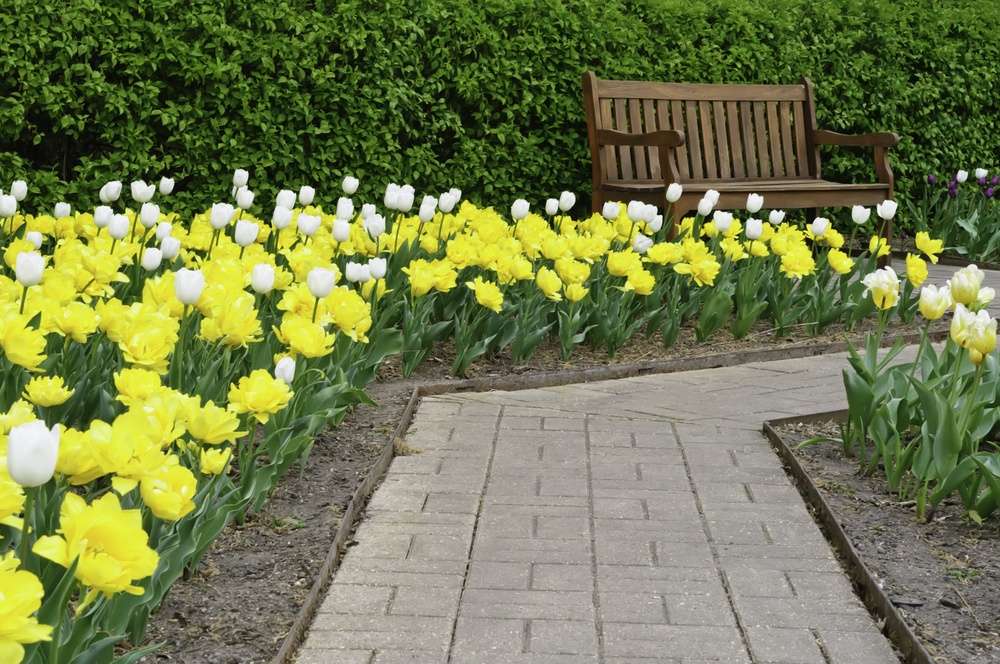 “Spring bulbs are great in all the normal spots where you’d plant colorful annuals,” Sarno says. “Entrances, around signage, in beds.”

Daffodils, the cheerful yellow harbinger of spring, will come back reliably year after year, and even spread, Sarno says. He loves planting them in beds of dark green ivy or liriope so the yellow blooms really pop.

Think of tulips as annuals, he says. Crews dig them out at the end of the season to replace with new bulbs the next year.

“They just don’t come back reliably or as beautiful,” he says.

He loves mixing spring bulbs in with drifts of pansies or violas.

How Many Bulbs Should You Plant?

“You really have to pack them in for big impact,” he says. “Think hundreds — not dozens.”

Level Green crews hand plant about 100,000 spring bulbs each fall, he says. Most customers get several hundred each season.

“Like anything that requires planning and patience, there’s a huge reward at the end,” Sarno says. “You plant them, and kind of forget about them. Then, you’re rewarded in the spring. 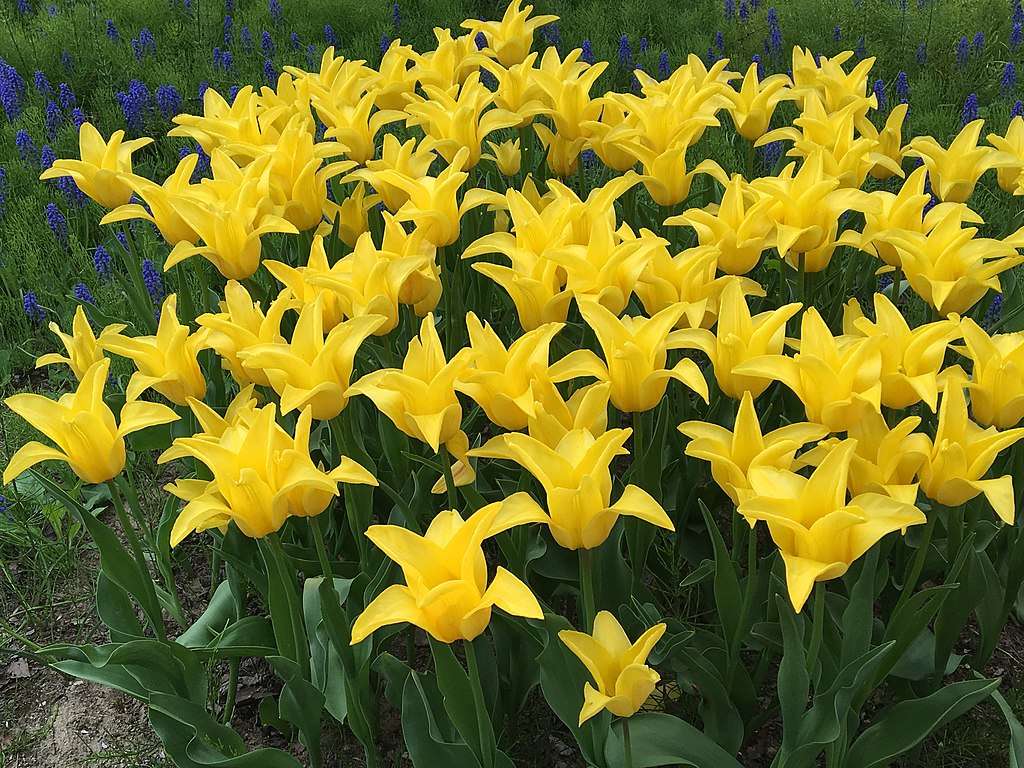 “People are so excited to see them in the spring,” he says. “It’s like a promise. You plant them in the fall with all this effort with no reward in sight.”

“But you have to decide to plant them now.”

Want spring bulbs? Of course you do. At Level Green, we've got you covered. But tell us now.

Tell your account manager you're on board with bulbs and we'll get you set up for stunning spring splendor.