When your lawn is mowed and fertilized, your shrubs pruned, and your Northern Virginia property entrances blooming with colorful flowers, that didn’t happen because garden elves visited overnight.

The Level Green Northern Virginia branch team was on the job.

So who are these people? A crafting queen. A former horticulturist who worked with Mickey Mouse. A family guy raised on hard work in Guatemala. A seasoned pro who also seasons ribs. A guy who named his daughter after him — trick spelling! 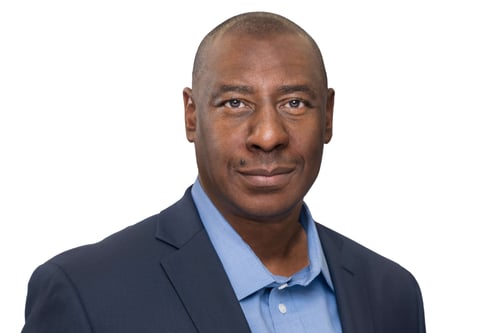 “I like the fact that I don’t get bogged down doing one thing,” Kevin says. “I get pulled in several directions. It keeps me on my toes. You have to have a little knowledge about everything.”

Kevin and his wife, Renee, a hair stylist, have three grown kids.

Kevin heads up a big sports family. Even though none of their kids is still in high school, they still hit the high school sports circuit often, just for fun.

After spending the past couple decades building their careers and raising kids, Kevin and Renee are happily carving out some “us” time, taking tropical cruises and beach vacations.

While Kevin needs to know about a lot of landscaping skills as a regional manager, he’s great with people, too.

“I come in contact with so many different personalities,” he says. “These days, everybody seems stressed. You have to have patience with people. You have to hear people. When they have a question, you owe them an answer.”

Level Green had some big shoes to fill for McKenna Korzeniewski when she joined the team in October 2020 — she started her career as a horticulturist at Walt Disney World in Orlando. 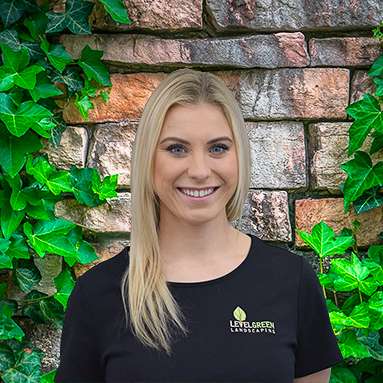 “McKenna is highly motivated and a great independent worker,” Visco says. “I never have to worry if she’s out there doing the right thing.”

McKenna brings her great organizational skills to others at the Northern Virginia commercial landscaping company, too, Visco says.

“She does a great job training,” she says. “I just made her a mentor for a new intern. She’s so friendly— everybody loves talking to her.”

McKenna lives with her boyfriend, Lucas, and their cat, Suki.

She loves Asia and studied in Thailand for six months, focusing on environmental studies and religious studies.

A vegetarian, she brought back some great cooking skills, and often simmers up savory Pad Thai or tosses together a spicy papaya salad.

She’s learning how to brew beer, too, and is training for her first triathlon.

She’s passionate about the land she helps beautify.

“The environment and climate change are such a big part of my life,” McKenna says. “It’s important to get the conversation started. If people aren’t talking about it, they’re not thinking about it.”

There are lots of things that can go wrong for commercial landscapers in Northern Virginia during a typical day out in the field.

But if you look at Elder Martinez, you’d never know it.

“He’s always calm, cool and collected,” Visco says. “He takes everything in stride and just makes it happen.”

Elder grew up in Guatemala, and started his career in the construction industry. 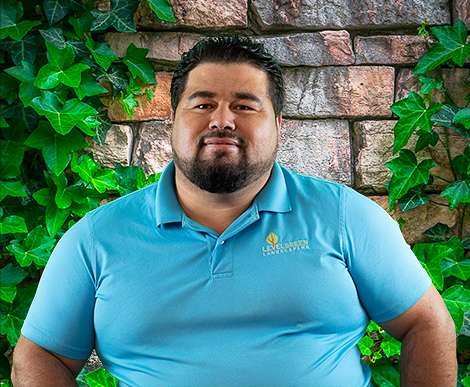 His first job was with a concrete construction company where he worked on all types of new concrete installation and repair. He still has a soft spot for hardscape.

But now, as operations manager, he handles much more, with a big smile and upbeat personality.

“He’s great at problem solving,” Visco says. “He makes it all look easy — and it’s not.

“He has two little ones at home and he always puts his family first,” she says. “He comes from a small village where things were tough when he was younger. He knows work provides the opportunity to do things with his family outside of work.”

Jenna Visco loves people and plants, so she pretty much has the perfect set-up as Virginia branch manager at Level Green. Jenna started at Level Green in the summer of 2019 as account manager and was soon promoted to branch manager for the Northern Virginia commercial landscaping company.

The Pennsylvania State University grad majored in landscape construction with a concentration in design/build.

Her job as branch manager involves budgets and scheduling, plants and equipment.

“I love walking the job with the operations manager, looking to see if there are possible enhancements to suggest that would make the property even better,” she says. “The perception is that we just maintain a property. But my goal is to improve it. A customer should be able to see the improvement.”

Jenna and her husband, David, have been fixing up their first new home and are expecting their first child, a girl, soon.

Jenna is a craft queen, always stocked up on supplies for paper crafts, painting, and flower arranging. She has a hefty collection of cookbooks, and makes homemade pizza once a week, including that all-important crust.

Cameron started as a Level Green account manager in January 2022 after working at a large landscaping company, but he started his landscaping career like a lot of guys do, at age 15 mowing grass.

“I love transforming places from their current state into something really beautiful,” he says.

But as an account manager, he has to be as good with people as he is with plants.

“I have more than 60 customers and each one has their own personality,” Cameron says. “There’s no one generic way to work with people. It takes time to really get to know each one.

“The aim is to make every customer happy, no matter how big or small each one is,” Cameron says. That’s not true at all commercial landscapers in Northern Virginia, he says. 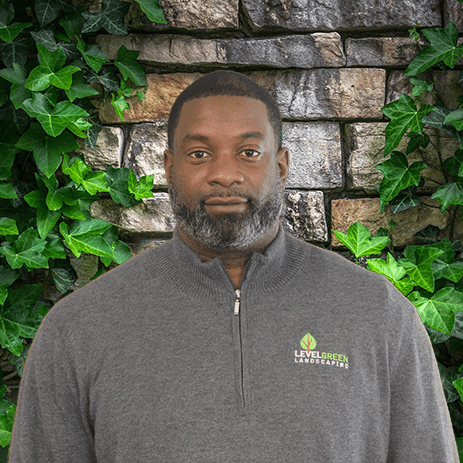 That’s the big reason I wanted to work here,” he says. “Every customer, no matter the size, is important.”

“We thought she was the last one, so I gave her my name — then we had a son,” he says with a laugh. Travis is 4, and already keeps his dad busy coaching him in basketball, football, and baseball.

Cameron loves gathering with friends to watch sports on TV, and sizzling up delectable ribs on the grill — when he can carve out some time.

“All my family and friends know I’m in landscaping, so every other weekend I’m at somebody’s house,” he says. “It started out with my grandma and my aunt saying, ‘Can you come over and mulch?’ Now it’s grown to, ‘Hey, my girlfriend wants you to come look at her tree out back.’” He laughs.

Speaking of trees out back, he has a beauty of a Japanese maple.

Kevin, Jenna, Elder, McKenna and Cameron are just five of the dedicated team members we have here at Level Green Landscaping. And we’re always looking for hard-working, talented people to join our team.

Are you ready to work for a company where the cool people make the place a success?