When Emilie Roper attended the NALP career fair two years ago, she was a horticulture student at Brigham Young University-Idaho with a lot of questions.

“I’m from Colorado, so it was pretty cool to talk to so many companies from all over the country,” Roper says. “I had a lot of questions as I was getting ready to do an internship: Where do I want to work? What do I want to do?”

A lot changed in a year. When Roper attended the NALP career fair this year, she went as an account manager at Level Green Landscaping — part of a team looking for more good people to hire.

“We Want The Next Bright Managers”

The National Association of Landscape Professionals (NALP) National Collegiate Landscape Competition (NCLC) is an annual four-day event that brings together the best landscape and horticulture students, top industry companies and dozens of the biggest industry manufacturers and suppliers.

Each year more than 700 students from two-and four-year colleges demonstrate their skills in real-world, competitive events and network with top companies at the largest career fair in the industry.

“The main reason we go is for recruiting,” says Michael Mayberry, Level Green’s chief technical officer and a member of the recruiting team who attended this year. “We want to find future talent for tomorrow.” 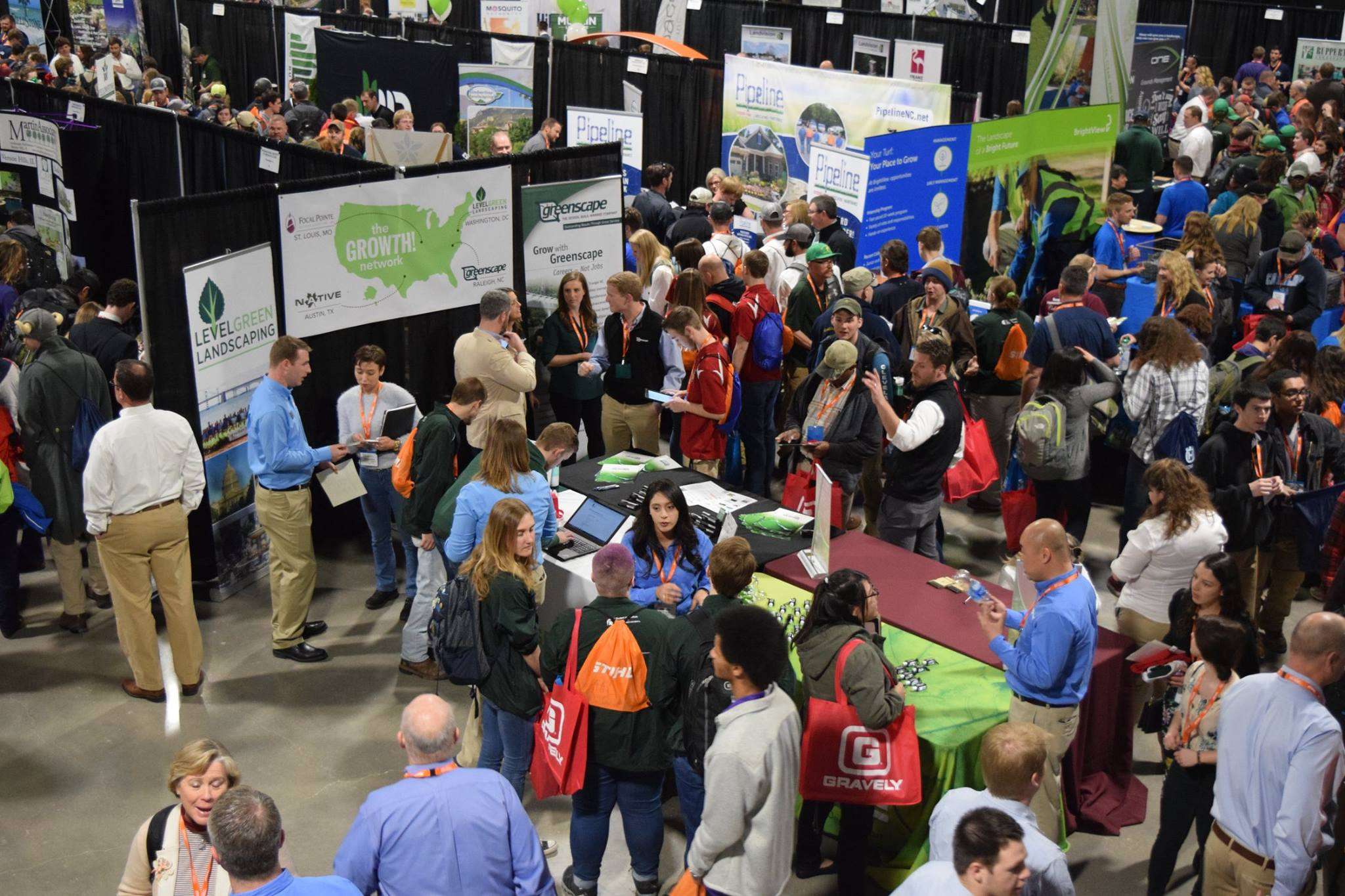 The annual event is a great opportunity to create relationships with students and professors, Mayberry says.

“It starts even before the event,” he says. “We reach out to students we met last year to set up meetings, arrange to take them out to dinner.”

Landscaping companies from throughout the country are doing the same thing, courting students they see as potential employees.

“It’s extremely difficult to get good people,” Mayberry says. “That's why we invest a lot of time and money to attend. We want to get the next bright managers, and this gives us an opportunity to see these people and talk to them.”

And see them in action.

“We can watch students compete,” Mayberry says. “They’re doing plant installations. They’re working on irrigation. It’s so much more than an interview.”

The culmination of it all is is the landscape installation competition.

Each competition is graded, so landscaping companies can check the list and see how many points each student earned.

“You can see how people work with others, on a team,” he says. “In a typical interview, you just don’t get to see those things.”

Why Come To Level Green?

Students hear lots of company pitches at the event. 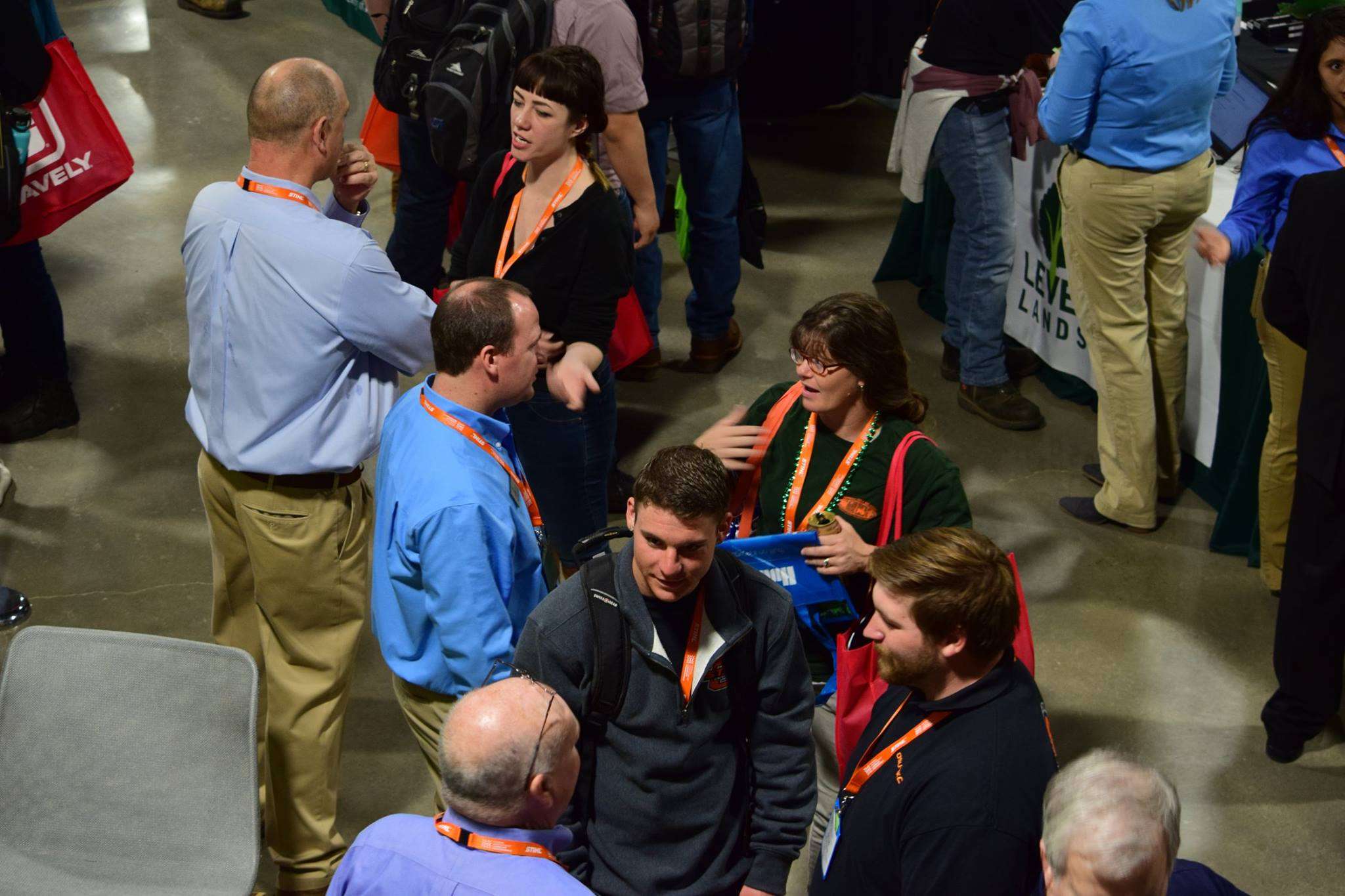 Why should they consider a career at Level Green?

“One of our key points is continuing education,” Mayberry says. “We pay for industry related classes.

“Because we’re growing, the opportunities here are growing, too,” he says.  "As we open new branches and move into new territories, there’s a lot of room for growth and advancement, which is important to students.

“But I think our biggest selling point is that you become part of a family at Level Green,” Mayberry says. “We’re going to know your name. You’re not just a number here. That’s what differentiates us.”

“I Don’t Feel Alone In This”

Trainees learn on the job, from sales calls and customer relations to writing proposals for enhancements and supervising crews.

“They told me, ‘We won’t just throw you into a position and expect you to know how to do it — we’ll train you to be a manager,’” Roper says.

She loved that idea.

While she hoped for a promotion in nine to 12 months, she moved up quickly. Five months after starting the management trainee program, Roper was named account manager.

Her quick promotion made her feel great, she says. But that’s not why she loves her job.

“They don’t just say they’re a family — it really is a family here,” she says. “As someone who moved halfway across the country with no family or friends here, that was huge to me. I don’t feel like I’m alone in this. I can still ask questions. I’m learning all the time. I enjoy getting up every morning and going to work.”