Cameron Cook and his girlfriend Kayley have a piggy bank they use to save up for vacations.

Then they scan the air fares, pick an inexpensive destination and set out for adventure.

This tells you a few things about Cameron.

All traits he uses every day as an operations manager at Level Green Landscaping.

Cameron graduated from Virginia Tech with majors in business management and turf management. Along the way he took lots of landscaping classes, from plant identification to soil science.

He was recruited by a large national landscaping company after graduation and spent five years there as a supervisor before coming on board at Level Green three years ago.

“I wasn’t really used to my full potential at my first job,” he says. “Here, I have a lot more responsibility.”

All About The Details

Cameron spends half his day on administrative tasks and the other half on crew support, making sure crews have everything they need for the day’s jobs, from materials to equipment to workers.

He checks in with crew leaders on dozens of details, from where to park the trucks to the exact plan of attack, making sure crews are working as safely and efficiently as possible.

“But I also have to be flexible,” he says, “for whatever comes up.”

Like the day one of his usual supervisors was on another job and he had to teach a new one how to build a retaining wall, including speaking Spanish.

Something New, Every Day 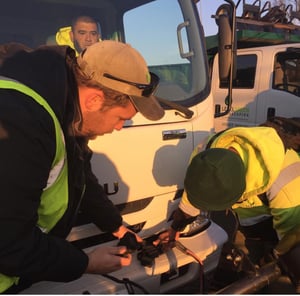 “In order to have people follow you as a leader, you have to show them that you know how to do the work,” Cameron says. “It helps to have a sense of humor, too, and to poke fun at each other at the same time having respect.”

It can be a delicate balance — just like the rest of his job.

“I enjoy that every day is different,” he says.

He loves problem solving. He enjoys training crews, “standing there with them, asking how they would do it.

“I learn something new if not every day, at least every week,” he says. “A new process, a new plant, new technology. If you’re not evolving with the new technology, you’ll get left behind. I like that we do a really good job of embracing it.”

“He Leads With A Quiet Confidence”

“Cameron isn’t loud or vocal, even though he’s the tallest guy in our branch,” says Joey Schneider, Level Green branch manager and Cameron’s supervisor. “He leads with a quiet confidence. He doesn’t raise his voice. He stays positive. That calm demeanor helps keep the rest of his team calm, too, even though things are always happening fast.”

Cameron is always thinking about new ways to improve on the job, Schneider says, from trying out new technology to advocating for equipment to make crews more efficient.

“He spends a lot of time with his team, coaching them, training them,” Schneider says. “He makes good decisions.”

Away from work, you might find Cameron sizzling up burgers, steak or pork on the grill.

“I’m definitely not a vegan,” he says. “Cooking is a good detox after a stressful day.”

He also builds furniture in his garage shop.

He designs and builds tables, desks and other pieces using wood, steel and concrete, all with an industrial edge.

He and his girlfriend Hayley recently adopted a puppy, a shepherd- boxer mix named Kylo who keeps them busy with training. 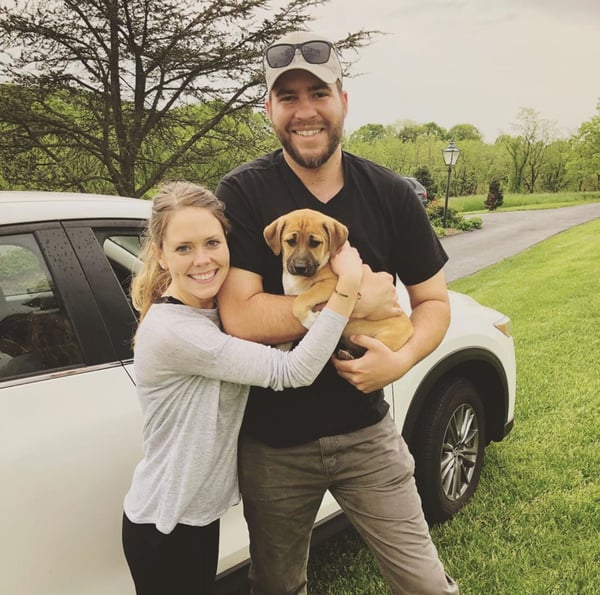 A Great Place to Be

“One of our mottos here is ‘It’s great place to be,’ and it really is,” Cameron says.

Company cookouts, employee appreciation events and manager outings reinforce relationships and give everybody a chance to get to know each other as people, not just co-workers.

“It’s about more than just work,” he says. “It sounds cliche, but it really is like a family.”

He has a simple recipe for success.

“At the end of the day, if the crews come back happy, there were no safety issues, and the quality of the jobs is good,” Cameron says, “that’s a successful day.” 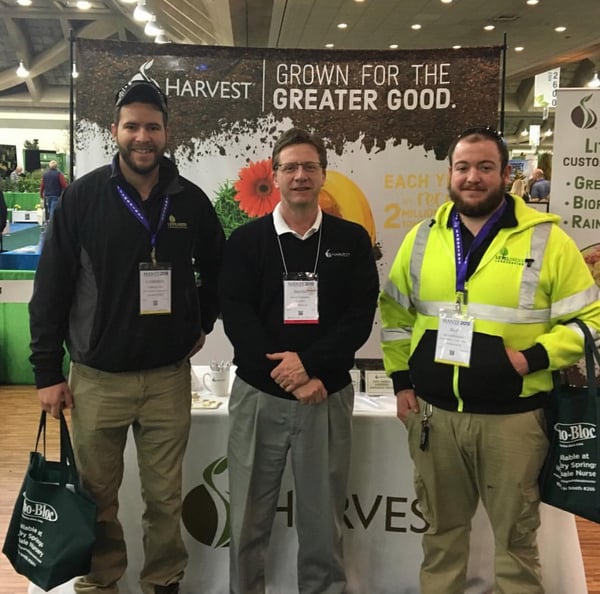 Cameron is just one of the dedicated team members we have here at Level Green Landscaping. And we’re always looking for hard-working, talented people to join our team.

Are you ready to work for a growing, successful company where you find challenge and are always learning something new?