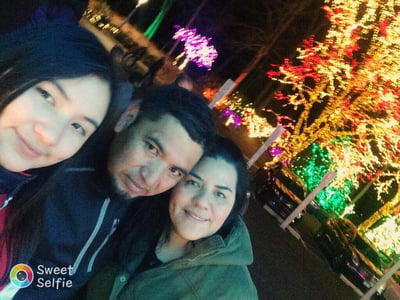 There are certain things you can count on with supervisor Naldo Mendez.

His trailer full of equipment is one of the most organized in the company.

He doesn’t drive away from a property until every single weed is banished.

Even his most particular customers love seeing him show up on the job.

He’s a detail guy. And in this business, details count.

Gaining Skills — and Sharing Them

Naldo started at Level Green Landscaping three years ago as a supervisor, after working at other landscaping companies for 11 years.

He has plenty of experience, but loves that he keeps adding skills along the way.

“I learn different things every day,” he says.

He might not realize it, but he’s a pretty good teacher, too.

“I’ve taught him a few things, and I’ve learned many things from him,” says JT Hipp, operations manager at Level Green and Naldo’s supervisor.  “With all the experience he has under his belt, he has a wealth of knowledge. He knows the most efficient way to get things done.” 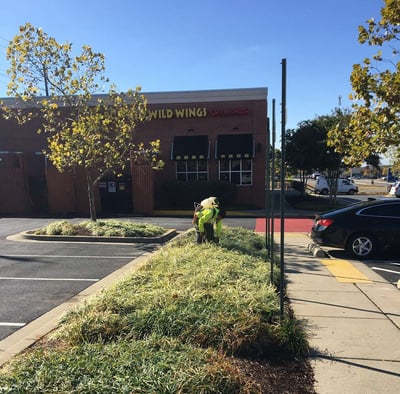 “I always look for the little details,” Naldo says. “Those little things are important to the client. Weeds, shrubs that need trimming, branches that hang too low.

Then, the complements roll in.

“I like it when the property manager says, ‘Very good job,’” he says.

While landscaping is all about healthy turf, banishing weeds and improving properties, Naldo knows it’s about people, too.

“Naldo and his crew work together like a well-oiled machine,” Hipp says. “It’s more of a friendly relationship— not ‘I’m your boss.’

“When they show up on a property they take a look at the property and make a game plan together.”

During the busy season Naldo supervises a six-person crew, but he’s currently working with four.

Their properties include three big office parks and a large HOA.

“One of the most important things supervisors do is ‘own’ the property, and Naldo does that really well,” Hipp says. “He takes great pride in every one of his jobs.” 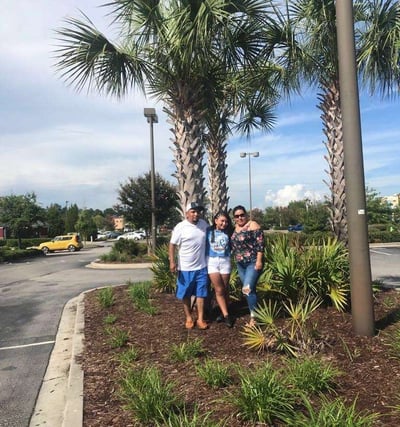 Naldo and his wife, Maritza Sandoval, have been married for 14 years and have a 12-year-old daughter, Ashley.

Spending time with them is his favorite pastime, he says — shopping, dining out, watching soccer on TV or just relaxing together.

But it’s not all play.

Naldo is on a mission to improve his English, he says, and his teacher doesn’t cut him much slack.

It’s 12-year-old Ashley, who speaks perfect English and Spanish and is kind of a task master.

“Every day my daughter teaches me,” he says. “She tells me if I’m saying something wrong.”

He’s Here for The Long Haul

Naldo has worked at other landscaping companies, both big and small. He’s happy he landed at Level Green.

“It has a feeling like family,” he says. “When I come in every morning, everybody is so friendly. I want to stay here for the rest of my future.”

Naldo is just one of the dedicated team members we have here at Level Green Landscaping. And we’re always looking for hard-working, talented people to join our team.

Are you ready to work for a growing, successful company that treats its employees like family?