First off, these are no ordinary cicadas.

This vast horde of insects will emerge in late April or early May from their 17-year stay underground, and the DC/Maryland/Virginia area is the epicenter of this cicada fest.

It sounds kind of like a horror movie: cicada nymphs will emerge from the ground, shed their exoskeletons, and become adults, leaving their empty skins clinging to trees, posts, and other structures.

They’ll mate and the females will lay eggs that will hatch in about six weeks. 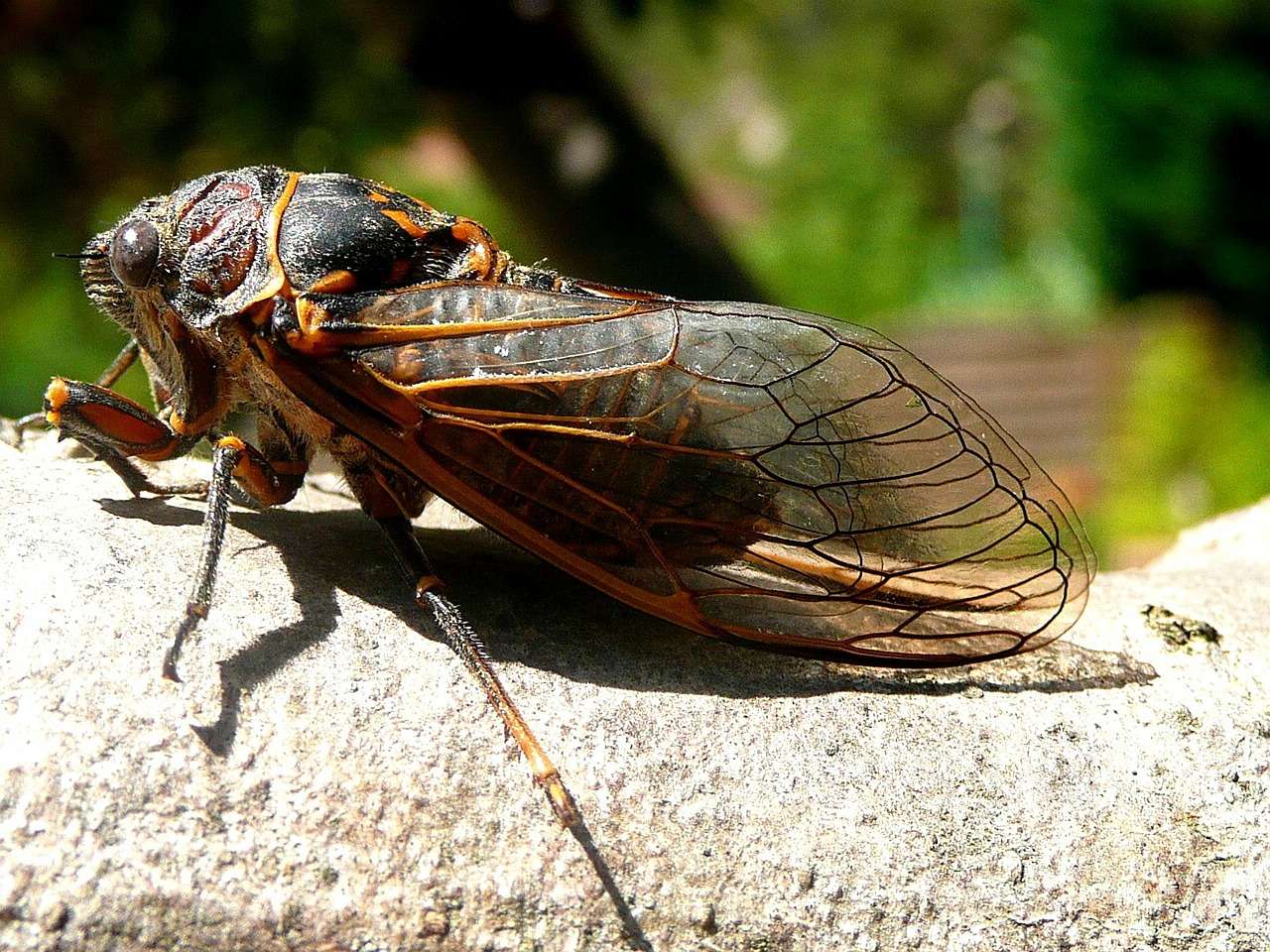 The young nymphs will drop to the ground where they burrow into the soil to feed on the sap of tree roots, starting the 17-year cycle all over again.

Your first question might be, “Can I just sleep through the whole thing? Millions of cicadas aren’t my favorite thing.”

On to your next questions:

Can Cicadas Cause Damage to Plants?

Despite the stupendous numbers, we don’t need to lose much sleep over cicadas, says James Kole, branch manager at Level Green Landscaping. (Unless you’re plagued by nightmares of them dropping from trees into your hair.)

“Most of your plants won’t be harmed,” Kole says. “Your flowers will be fine, your shrubs will be OK, your older mature trees will be fine.”

But if you have tender young trees on your property that were planted in the last year or two, they need protecting, he says.

“The female cicadas lay eggs in smaller branches — branches the size of your pinky or smaller,” he says.

Female cicadas use an appendage called an ovipositor to slice slits into twigs, where they deposit their eggs.

“That kills the branch,” Kole says. “So young trees that are made up only of those smaller branches are in jeopardy.”

How to Protect Trees from Cicadas

Insect netting to the rescue.

“You’ll need to put netting over those trees before the cicadas emerge and leave it on for about a month,” Kole says. “It has to be insect netting with openings smaller than a centimeter.”

Use twine and zip ties to cinch down the netting where the tree branches meet the trunk and create a tight seal beneath the canopy.

Better yet, let Level Green do it.

“We’re out inspecting our customers’ properties now to see if they have trees that need netting,” Kole says. The goal is to get trees covered by mid-April.

“They’ll be emerging once the soil reaches 64 degrees,” he says. “That should be mid to late April.”

Can Cicadas Cause Damage to Shrubs?

Some shrubs have thin, tender twigs, too — are they in danger?

Not to worry, Kole says.

“Cicadas like to be higher, in the trees,” he says. “Also, shrubs regenerate growth faster than trees do, so if they’re damaged they can bounce back faster.”

Can Cicadas Cause Damage to Plants?

If these cicadas have been underground for 17 years, they must be hungry, right?

Won’t they devour tender flowers and plants? Or will they just order thousands of pizzas?

“They’re not harmful,” Kole says. “They don’t bite. They don’t sting. They just flop around in the air.”

Still, that’s a lot of flopping.

“We’re expecting 1.5 million per acre in this area,” Kole says. “I don’t know what to do with that number. It sounds like a biblical plague.

“I’m kind of mad they’re coming out at the nicest time of the year,” he says. “Just when we want to open the windows to sleep at night.”

“Their decibel level is over 100, which is louder than one of our backpack blowers,” he says. “They sing at night, so we’ll have to sleep with the windows closed.”

Stressed about cicada mamas slicing into your young trees’ twigs?

If you haven’t received a proposal yet from us for protective insect netting, feel free to reach out to your account manager.

Once your young trees are protected, you can sit back and enjoy the show. Or hide. Up to you.