The latest shortage related to Covid-19 hits you right in the landscaping — it’s plants.

A nationwide shortage of trees, shrubs, and perennials has landscaping companies like Level Green scrambling to meet the supply for customers eager to spruce up properties as the country begins to open up after the shutdowns of Covid-19.

“We’re not the only ones facing a plant shortage — everyone’s facing a shortage,” says Bradley Sarno, operations manager at Level Green Landscaping.

Demand for plants is greater than the supply after a year of brisk plant sales to homebound homeowners who decided to boost their landscaping.

“Everybody is home gardening now,” Sarno says. “Everybody’s at home raising chickens, planting vegetable gardens, and installing landscaping around the house. It has definitely increased demand.”

To meet that demand, growers started selling stock last year that they would have saved for this year.

The devastating freeze that hit Texas in February is playing a part, too, Sarno says.

The extended freezing temperatures killed and damaged shrubs, trees, and perennials in nurseries and greenhouses throughout the state — a major producer of ornamental trees and plants.

“When you punch a hole in the market as big as Texas,” Sarno says, “it makes it hard.”

Other factors contribute to this unprecedented plant shortage, too, says Joe Wick, co-owner of Joseph Wick Nurseries, a Dover, Delaware plant wholesaler and one of Level Green’s suppliers.

“It’s a perfect storm,” Wick says. “All the work that was supposed to happen in 2020 got pushed into the fall and winter of 2021. So, there’s a backlog. Now the country is opening up and everybody is enhancing their properties. On top of that, residential landscaping is still booming.

And it's not only plants — grass seed is facing the same high demand as plants which will impact drainage repairs, regrading, and similar jobs this year.

What does all this mean for our customers?

Be as flexible as possible.

“Be willing to accept a different cultivar. If you want a certain heuchera you might have to accept a substitute that’s similar.”

That’s not a bad thing, Wick says. “Just because it isn’t in a magazine doesn’t mean it isn’t a great plant,” he says. “Chances are, there’s a sister or cousin plant that’s just as good.”

Had your heart set on Nepeta ‘Cat’s Pajamas?’ It’s a great name, Wick says. But try ‘Little Titch’ or ‘Junior Walker.’ You’ll be just as happy.

“Maybe you hoped to have plants now, but they might not be available until the end of May,” Sarno says.

Not as full in the pot or as deeply rooted, because they got a later start. “It’s just as good of a plant,” Wick says. “It’s just smaller.”

“Our costs are going up, so we’ll need to build that into the bid,” Sarno says. “Customers will see a slight increase.”

Going the Extra Mile for Plants

Some of Sarno’s perennial suppliers that used to be able to deliver plants in three days are telling him they’re backed up two weeks.

If he wants the plants, they say, he should come to get them himself, before they’re gone.

So he does. Sarno just sent a truck to the Baltimore area to pick up 165 one-gallon plants.

Account managers are doing extra homework so they don’t recommend plants to customers that aren’t available.

“Hopefully by fall, knock on wood,” he says, “everything will catch up.”

Ride Out the Plant (And Seed) Shortage with Level Green

We’re still delivering quality plants for your landscaping needs, against the odds.

Our account managers will work with you to find available plants to meet your needs and make your landscaping shine. 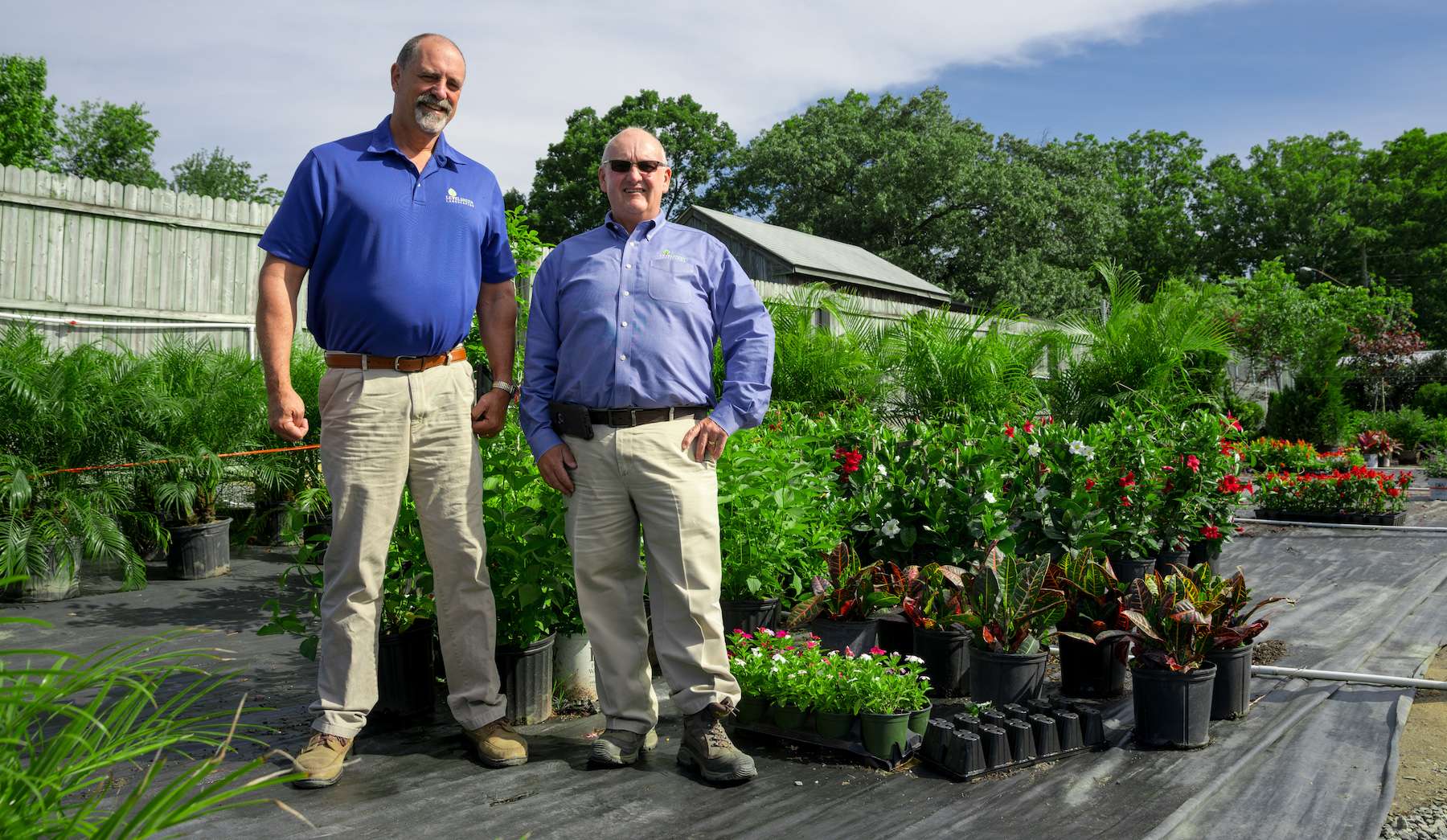