Level Green Landscaping is growing, and that means we’re hiring.

Who do we need? How should you apply? What do you need to know?

“A lot of what we’re hiring for is growth,” Mayberry says. “We’re looking for more supervisors that we’ll be able to move up as operations managers in two years.”

As people are promoted from within to help staff these branches, that leaves more job openings, he says.

We’ll have a crucial need for great crew members. 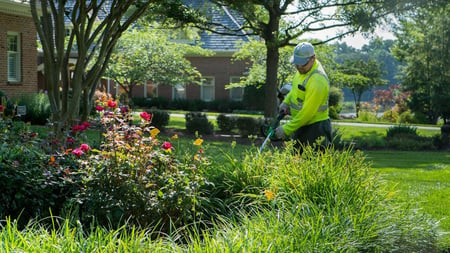 But the best time to come on board is mid- February, he says, as prime landscaping season begins.

“That’s when we really start to bring back the majority of our people,” he says. “Snow season is out of the way then, and we’re starting to get some good working days to start spring cleanup.

“By the beginning of March, we’re in full swing,” Mayberry says. “At that point, we want everybody on board and trained so they can jump right in.”

How About The Hours?

Crew members can expect to work 45 to 55 hours a week through the spring, Mayberry says.

In the summer months, when the grass dies back, that scales back to about 40 hours a week, he says.

“Into fall, as the grass wakes back up and the leaves start to fall, it’s back to 45 to 50 hours a week, dwindling downward until about mid-December, when things shut down for the year.”

The best way is to visit the Level Green website and fill out an application online, Mayberry says.

If you fill out a paper application at our office, it goes into a pile, and might not be seen by every branch manager, he says.

But the online applications get emailed to all branch managers, he says, and there’s a process to keep track of who has received follow up.

“Just because you’re applying for a crew member job or that it’s considered blue collar, doesn’t mean you should leave off your resume,” Mayberry says. “Take the time to type up a proper resume. That shows us you’re going the extra mile.”

We Need To Reach You!

Double check the contact information you give us, Mayberry says. Is it correct?

You’d be surprised how often an email address is wrong, and we can’t contact the applicant.

Once you’ve applied online, you’ll get a reply back that we’ve received it, Mayberry says.

“We’ll review it and get back to you,” he says.

But give us a minute. It may take 72 hours before you hear anything, he says.

“If you haven’t heard anything in 72 hours, reach out to us,” Mayberry says. “Your application may have fallen through the cracks. Don’t give up.”

Check Us Out Online 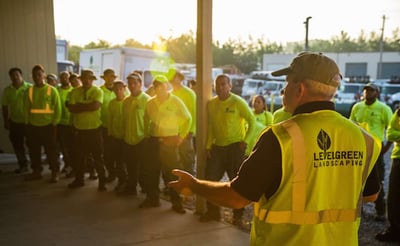 You want to know who you’ll be working for, right? Our website is the best place to find out everything you need to know.

“Learn about us before you talk to us,” Mayberry says. “Look at our culture blogs, watch our videos. Make sure the culture of our company lines up with your view of a good employer.”

And be sure you know what you’re getting into, he adds.

“Sometimes people show up for their first day of work, we put them out on a crew, and then we never see them again,” Mayberry says. “Make sure you understand the job.”

Who Do We Need?

We’re always looking for hard-working, talented people to join our team. And with our projected growth in the next year, it’s an exciting time to come on board.

Are you ready to work for a strong, successful company with lots of room for personal and professional growth?